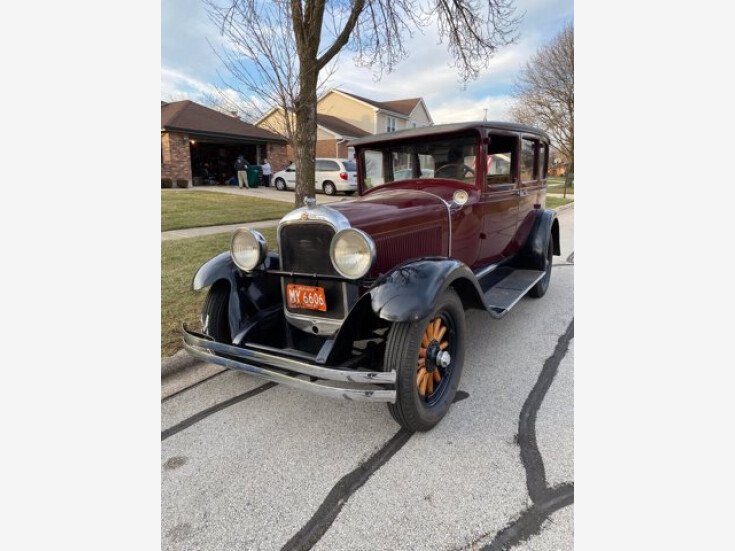 THIS 1928 STUDEBAKER REGAL COMMANDER IS LOCATED IN: WHEELING, IL 60090 The Studebaker Commander is the model name of several automobiles produced by the Studebaker Corporation of South Bend, Indiana (United States) and Studebaker of Canada Ltd of Walkerville and, later, Hamilton, Ontario (Canada). Studebaker began using the Commander name in 1927: p258 and continued to use it until 1964, with the exception of 1936 and 1959-63. The name was applied to various products in the companys line-up from year to year. The Commander was the companys mainstream product, the Studebaker Champion was the junior model, and other models were short lived or renamed as market conditions required. 1920s Until the appearance of the 8-cylinder President in January 1928, all Studebaker cars of the 1920s were sixes. There were three basic models - the Light Six, the Special Six and the Big Six, developing 40 bhp (30 kW; 41 PS), 50 bhp (37 kW; 51 PS), and 60 bhp (45 kW; 61 PS) respectively at 2000 rpm. The first Commander, in 1927, was a continuation of the mid-range Special Six, with a 226 cu in (3.7 L) engine. Their inbuilt durability and toughness gained them great renown under worldwide conditions. The 1928 GB Commander was a descendant of the Big Six, being powered with the proven 354 cu in (5.8 L) engine, modified to deliver 75 bhp (56 kW; 76 PS) at 2400 rpm. In October 1928, three Commander sixes lined up at the Atlantic City Speedway to challenge the 15,000 mi (24,000 km) speed record (64.25 mph (103.40 km/h)) held by the much higher-priced Auburn straight-eight Speedster. 1928 STUDEBAKER REGAL COMMANDER CLEAN TITLE IN HAND BURGUNDY EXTERIOR WITH A TAN INTERIOR 43,822 ORIGINAL MILES VERY ORIGINAL AND COMPLETE CONDITION INLINE 6CYL ENGINE MANUAL TRANSMISSION NEW TIRES NEEDS A HEAD LINER RUNS AND DRIVES GREAT HERE IS YOUR CHANCE TO OWN THIS GREAT CLASSIC! 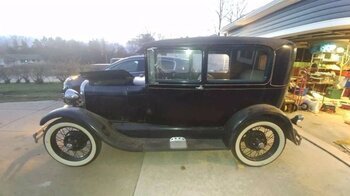 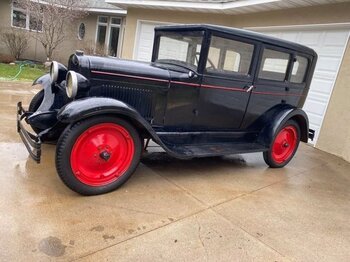 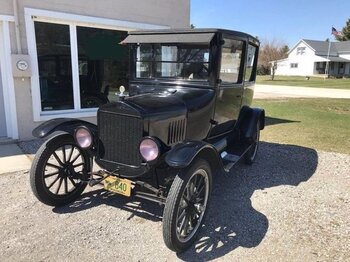 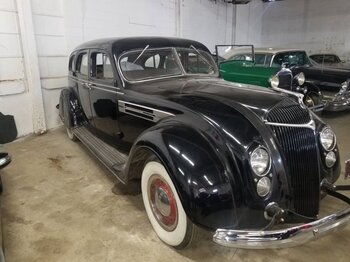