West Coast Classics are proud to present an absolutely exceptional example of this extraordinarily rare and older restored example of a 1915 Hupmobile Model K Five Passenger 119 Wheelbase Touring car with its seemingly original 4 cylinder 36HP engine, original 3 speed non-synchromesh manual transmission, and beautifully presented in Dark green with a Black convertible top and a remarkable Black leather original specification interior!In 1915 Hupmobile built the Model 32 4cyl 32HP 106 wheelbase car as a 2 Passenger Roadster & a 4 Passenger Touring car and they also built the Model K on a 119 wheelbase and with their 4 cyl 36HP engine. They came in 4 versions:a 2 Passenger Roadster; a 5 Passenger Touring Car (this particular example); a 2 Passenger Coupe & a Limousine. The particular Model K 119 wheelbase Touring car has absolutely no rust and there are no signs or history of any accidents or rust - one very rare example and one of very few examples remaining of this low production model, in even rarer great running and driving condition! The car has an original spec Black canvas convertible top with rear windows and frame with no rips or tears and which is perfectly functional, original wooden steering wheel, original wheels with 4 Firestone correct specification tires, & original Hup gauges. We recently had the car fully serviced with an overhauled starter motor installed, a new ignition switch and battery, and the car drives superbly. All the options are working as they should including all the gauges and lights, this is one very well sorted example.Robert Craig Hupps career in the automotive industry included stints with Olds, Fords & Regal before engineering his own experimental model of a new car of his on in 1909. It was to be a small two passenger runabout with a gasoline tank mounted behind the seat with power from a 4 cylinder 4 stroke water cooled engine pushing out 16 HP. This first Hupmobile was designated as the Model 20 and was introduced in 1909 at the Detroit Auto Show after which it was put into production by the newly formed Hupp Motor Company only one week later! The Hupp organization would grow to include a number of renown Detroit automobile engineers & executives too and to be a true competitor to Ford & Chevrolet. In just their first year a staggering 1,618 Hupmobiles were built and sold. In 1910 the figure would grow to 5,340 cars and on November 10th, 1910, one of the companys first Model D Four passenger touring cars, took off from the assembly line in Detroit on a round the world promotional trek that would see that Humpmobile travel some 48,600 miles through 26 different countries returning to Detroit in triumph on January 24th, 1912. The company in the meantime had been going from success to success with the Model 32 introduced in 1912 being a very powerful car on a 106 wheelbase and with sales by 1913 reaching 11,649 vehicles.In 1915 Hupmobile acquired the American Gear & Manufacturing Company of Jackson, MI and with it the services of Dubois Pink Young, who would ultimately rise to the position of presidency of the Hupp Motor Car Corporation, and who oversaw the direction of the company expanding into a flurry of models including couple of Seven passenger versions on 134 wheelbases. The company later moved away from its venerable and lauded Hupp Four with an 8 cylinder Series E introduced in 1925 and a six cylinder in 1926. By 1929 the company was lagging in sales and by the time of the stock market crash the company was already heading for trouble. Nevertheless a Hupmobile entered the Indianapolis 500 in 1932 driven by the experienced Indy driver Russell Snowberger and finished 5th.But by 1934 internal management politics and mismanagement were plaguing the company and resulted in the resignation by Dubois Young and the sequential taking over of the Hupmobile presidential chair by several others and by 1935 with fewer and fewer Hup dealers and by now disappointing sales there was little left of the company to fight over. A Federal Reserve loan was denied and the company began selling off its plants to raise money. A final bid to salvage the companys fortunes took place in 1938 when for $900K the dies, tooling, jigs etc used for the front drive 810/812 Cord were purchased and converted for use in a rear drive Hupmobile! John Tjaarda whose aerodynamic experimental cars had brought him fame with the Lincoln Zephyr and had been widely hailed was assigned the job of revising the Cord coffin nose into a front end distinctively Hupmobile and the result was called the Hupmobile Skylark, but only 4 were to be built in 1938 and for show purposes only. Enthusiastic orders came in by the thousands, but production delays soured customer support. 31 more were finally assembled in 1939 for display at major Hupp dealerships but by then the roof had truly fallen in on the company with yet another stockholder lawsuit. In the end a partnership with the Graham-Paige Motor Co would enable Hupp to produce the final 319 Skylarks to be built, but with Hupmobile no longer owning their car. By the time the final 319 Skylarks were built and sold to Hupp distributors by Graham-Paige in 1941, the Hupp Motor Company had declared bankruptcy. The Hupp Corporation of Cleveland OH would continue in business after 1941, but not by building or selling cars, but by evolving from their earlier pioneering of fresh air car heaters, which later became an industry standard, into producing freezers and air conditioning units etc until going bankrupt once again, and finally, in 1991!This is obviously one especially desirable example of and early Hupmobile, with only very few remaining of this caliber, let alone that would drive as well, and even fewer can be anywhere close to comparable to this particularly well sorted and original 106 years old example. This car truly has to be seen to be appreciated and without a doubt you will look long and hard to find a finer example of this beautifully presented 1915 Hupmobile Model K 5 Passenger 119 Wheelbase Touring Car, a very rare piece of American motoring history and quite simply a perfect car for any early 20th century classic car collector! 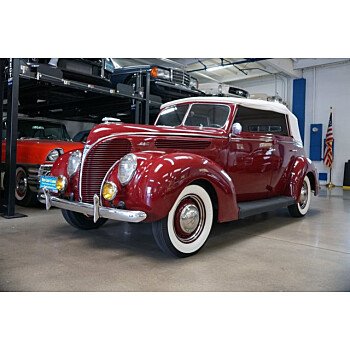