Cannonsburg was a hub of hot car activity, littered with Corvair Corsas, early Camaros, late 1960s Chevelles, Novas and even Vegas, machines that were about to be transformed from mere factory muscle into exclusive supercars, able to blow the doors off just about anything that came across their path.

The Boss 429 was dropped into a Ford Torino and a Mercury Cyclone and readied for NASCAR racing. The new engine propelled the two cars to a record 10 victories out of 11 appearances. The Boss 429 also dominated short tracks, winning seven out of nine races.

Given its close involvement with Ford's performance and racing programs since the late '70s, Roush Engineering seemed a logical choice in helping create that counter in the shape of a "super Mustang" under a specified "Performance Leader" program.

Reeves Callaway began his quest to build the ultimate performance car in a small garage at his home in Old Lyme, Connecticut. After building a turbo BMW 3 Series, he continued to develop other products. His big break came with building a twin-turbo GTV6 Alfa Romeo. 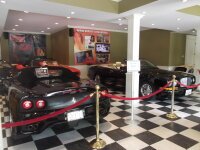 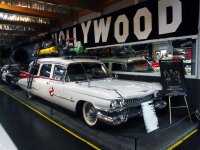 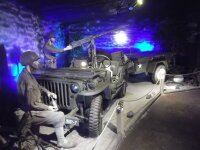