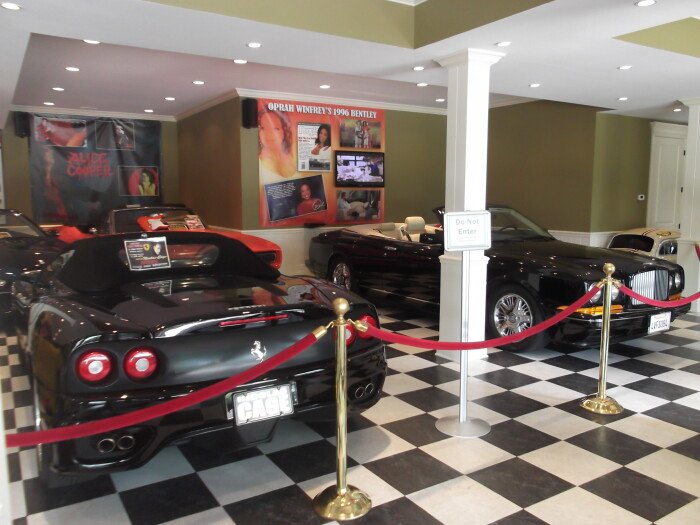 On hand for a personal tour of the museum was Brian Grams, grandson of founder William Grams. Brian is the third generation to work at the museum, with the fourth generation of the family just recently being added to the roster. It is hard to capture the energy that Brian radiates when talking about his family's museum. While piloting a suitably branded "Volo Auto Museum" golf cart Brian easily wheels across the museum grounds as he rattles off bits of information about the property and the buildings on it.

One thing about the Volo Auto Museum is that it is truly a family business. Back in the 1960's it was William J. Grams who bought the old farm that houses the museum now. Brian parked the golf cart at the main entrance and pointed to a lovely old white farm house. That very house was where he grew up along with several other members of his family. Today Brian's uncle Bill lives in the house while Brian's father Greg actually lives in the "Vault" at the back of the property. The "Vault" is part house, part exhibit chocked full of celebrity cars. I admit, you can't beat their commute!

You can't get much done in a family business without having a common interest, and for the Grams that interest is cars. William and his two sons Greg and Bill had a knack for old cars. While Bill was away at college William and Greg started to collect antique cars and parts. Bill was already involved in the antique car hobby and used his connections to drive interest in their budding business. Soon their simple warehouse was packed with cars and parts that drew crowds of car lovers from all over. Their reputation grew to the point that people were asking to leave their own cars on the property to display or sell.

Greg and Bill worked in earnest to find rare gems to restore. They were rewarded handsomely in the form of a 1931 Chrysler Roadster which was purchased for the princely sum of $300 and later resold for an astounding $25,000! That sale provided the seed money needed to pave the old warehouse floor and fix the place up. With that the Volo Auto Museum began to take the form you see it in today.

The Grams have developed a reputation for having an interest in unique and rare automobiles. This is evident in the sheer number of television and movie star cars that are at the museum. From KITT, to the General Lee, to Herbie, to the Batmobile, the star cars are everywhere. You can't have star cars without mentioning George Barris, whose custom creations are featured in ,a href="https://classics.autotrader.com/classic-cars-for-sale/volvo-for-sale">Volo's TV and Movie Car Collection. Volo's reputation among Hollywood studios allows the museum often to have first pick of just released star cars for display and sale

You cannot talk about the Volo Auto Museum without mentioning the adjoining antique mall. The used furniture business that grandfather William began in 1960 lasted many years, but eventually one recession too many closed its doors. It was Bill Grams who decided to turn the old barn into an antiques mall. Today the antiques mall is thriving and has grown to three buildings and over 60,000 square feet. As an eerie bonus, the main barn is said to be haunted! The story goes that a young soldier who died in the Civil War roams the old barn. The soldier is buried in the cemetery across the street but apparently he still likes to tour his old home place on occasion.

It is quite easy to spend a whole day at the Volo Auto Museum. The sheer variety of vehicles coupled with the family friendly atmosphere makes this more of a destination than a quick tourist trap. Add to that the weekly car shows and live music during the summer and you have a unique experience that just can't be found anywhere else. 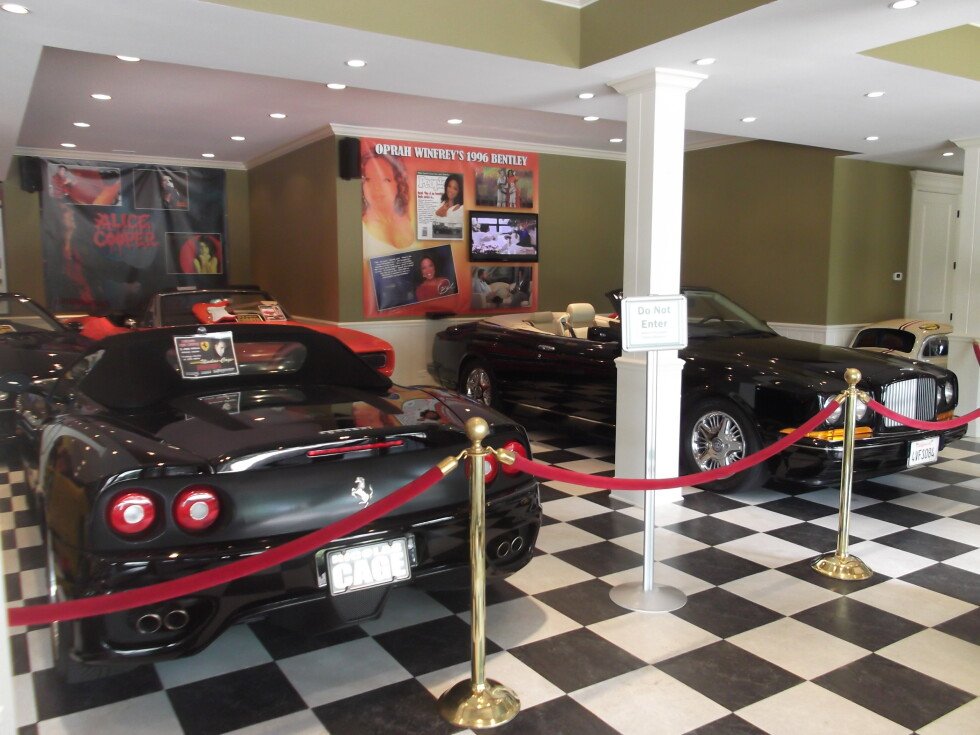