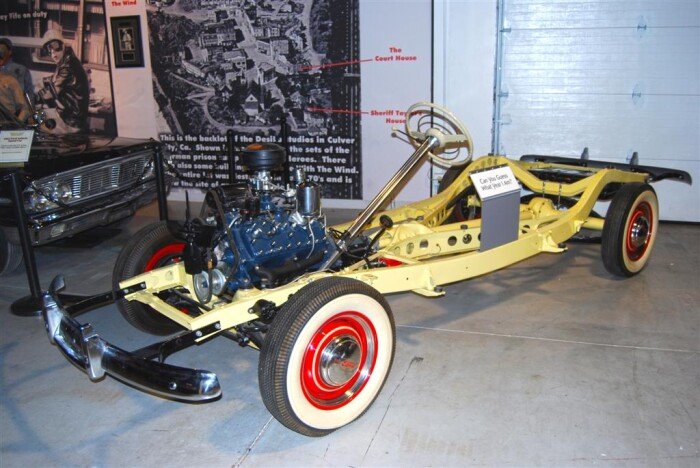 The 1942 Fords were introduced on September 12, 1941. Only 160,211 were built before World War II erupted and brought the production of civilian automobiles to a halt. One of the rarest 1942 Fords made wasn't a complete car at all, but a body-less chassis with running gear that Ford intended to use as a prop at auto shows to illustrate the features of 1942 Fords.

This "X-ray" Ford was specially painted to look attractive at auto shows that probably never took place. It has survived through the years and is now a part of the Lensing Auto Museum in Roscoe, Illinois. Wayne Lensing, the owner of Lefthander Chassis, a company that sells racing car parts and supplies, established this museum. It features racing cars, personality cars, presidential cars and unusual attractions like the working Ford chassis.

Since the early Ford V-8 chassis is something that hot rodders deal with often, we thought it would be great to show and discuss the features of the X-Ray 1942 Ford. But before we do that, let's take a quick look at the history of the Ford flathead V-8 between 1932 and 1942.

The flathead Ford V-8 was king of hot rodding in the early days of the sport. When introduced in 1932, it was a revolutionary engine. The flathead gave the average American driver a $460 car with 65 hp that could keep up with Buicks, Packards and other big multi-cylinder cars. Never had eight cylinders and so much power been offered for so little. In addition, the engine was well suited to performance modifications. It wasn't long before a plethora of aftermarket speed equipment was offered to make the hot little Ford go even faster.

In 1933, the V-8 model got a longer, 112-inch wheelbase. But a stubborn Henry Ford refused to match Chevrolet's move to independent front suspension in 1934. He said, "We use transverse springs for the same reason that we use round wheels 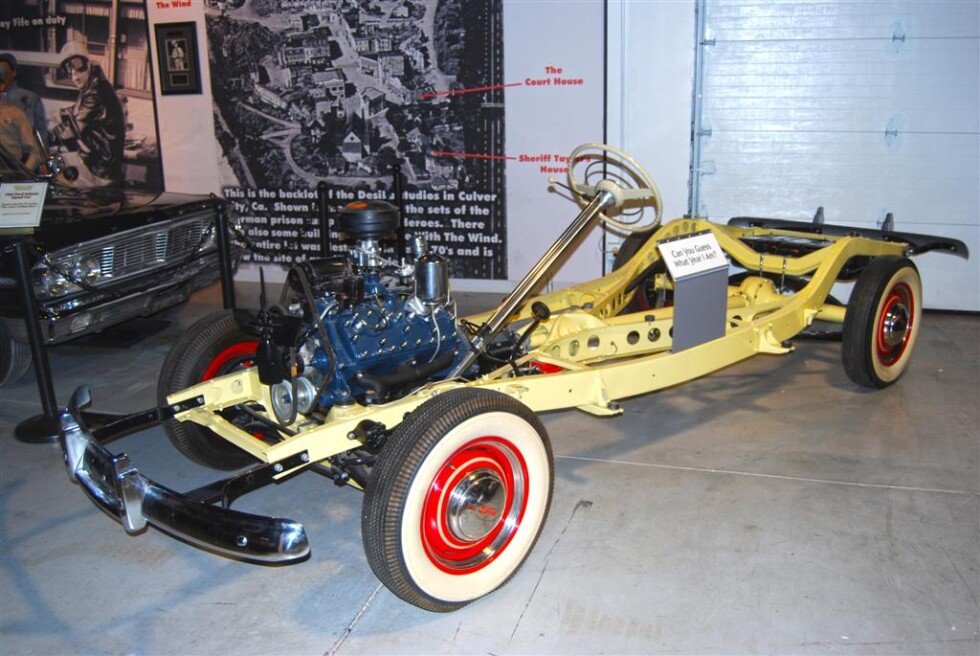