The MG MGB: The Most Popular Sports Car Ever 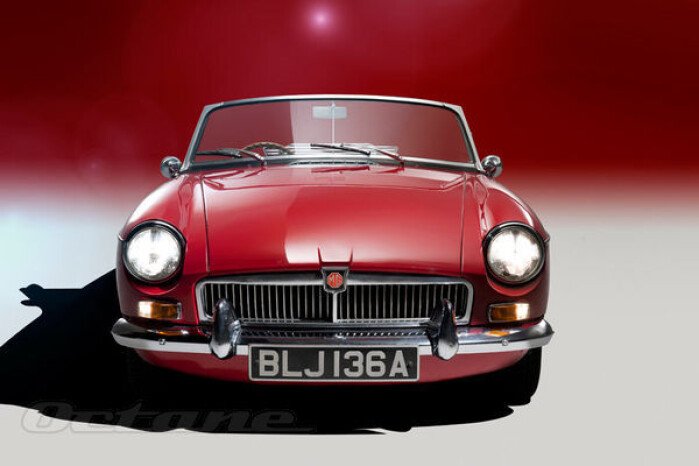 I was pleased with the MGB, because I’d worked on it from beginning to end, and we had a very good team. Without it, the car wouldn’t have happened,’ says Don Hayter, stylist of Britain’s best-selling sports car ever. Yet when the managers, designers and engineers at MG’s HQ in Abingdon, near Oxford, began discussing a replacement for the MGA, the fact that it would end up being one of the historic car scene’s most enduring legends was far from their minds. Sometimes magic just happens, and that was certainly the case when MG conceived the B in the climate of ‘make-do-and-mend’ that went on to typify MG’s parent companies.

The MGB emerged onto the market in August 1962 as a well-engineered, fun-to-drive roadster and went on to become a huge commercial hit – it popularized the entire sports car market.  Don’t believe us? Consider that the MGB became the world’s most successful sports car for decades to come. Not bad, really.

The B’s story is simple, and one that reflects the management, engineering and design genius of the characters who shaped it. Leading MG was John Thornley, a perceptive boss who not only managed his team well, but also knew how to deal with parent company British Motor Corporation’s top brass of Leonard Lord and George Harriman. In short, he knew what MG needed to build, and how to make it happen.

The backroom partnership that created the MGB was formidable. Chief engineer Syd Enever oversaw the project, and chief body draughtsman Don Hayter styled it. ‘I drew every line of it,’ he says. ‘From the quarter-scale models, I developed all the shapes.’

And the rationale behind the MGB’s creation (codenamed EX214 within Abingdon, but later known as ADO23 in the BMC model plan) was simple: to replace the 100,000-selling MGA which, according to Thornley and despite its own popularity, was a compromised product that had been rushed into production. It was a beautiful car, all the same.

However, it was neither spacious nor homely enough for the less committed sports car buyer, and it faced stiff opposition from the Triumph TR4 and Sunbeam Alpine. In order to redress the balance in MG’s favor, EX214 needed to be roomier, faster, better looking, and simpler to build. Most importantly, it needed to appeal to the widest range of drivers possible – and sell in huge numbers in high-profit export markets. Nothing more. Nothing less.

To achieve this goal, Enever engineered an all-new monocoque (MG’s first; the Midget was originally an Austin-Healey), and Don Hayter styled it to reflect the fashions of the time. Despite the news agenda being dominated by the Cold War’s perceived threat of a communist invasion from the East and the consequent end-of-the-world scenario, car buyers were in an optimistic ‘never had it so good’ mood, and had an insatiable appetite for fun.

And Hayter certainly made it look the part. ‘We kept up to date with styling from Jaguar, Lancia, Ferrari and Chevrolet, and I was looking at coachbuilders like Frua and Farina,’ he says. ‘Remember, also, that I did it not knowing which engine the car was going to have.’

But the combination of influences that shaped what emerged in 1962 was a good one, creating an entirely new look for the flagship MG sports car. This fitted perfectly with Syd Enever’s view that the B needed to be radically different not only in terms of styling, but also packaging and engineering.

The result worked extraordinarily well. The MG team had visions of a range of V4 and V6 engines but, when they failed to materialize, the back-up plan of using a B-series engine turned out to be a great success. The rugged four-pot had already seen service across the BMC saloon range (as well as in the MGA) and, when extended to 1798cc and 95bhp, it provided ample power and torque to pull along the MGB at a fair old clip.

Other MGA carry-overs included its independent front suspension and rack-and-pinion steering (which had been in service since the 1947 YA saloon), while the rear suspension was by a leaf spring-located live axle. Syd Enever might not have wanted a costed-down solution like this but, when the MGB was launched, buyers really didn’t mind. Quite the opposite, in fact, as they clamored for MG’s new sports car when it was met with a rapturous reception from the press.

When The Autocar tested the MGB, it summed-up in a positive, if stuffy, way: ‘MG always underlines the security of their cars, and in this model the claims are certainly justified on the scores of roadholding, steering, braking and predictable handling. The driver can sense the car’s response to a given corner, and correct with ease any slight  tail-slide. There is a wide safety margin for the over-enthusiastic or the unskilled.’

We’ll go much further. Hood-down on the right road, in the right weather, there’s little to touch an early pull-handle MGB (push-button door releases arrived in 1965). It’s a feelgood car, with that low-slung seating position, upright wheel and rorty, throbby and surprisingly revvy three-main bearing engine up front. Give it some stick and you’ll find all manner of wrongs with a standard B – understeer and oversteer are possible in the same corner if you’re hamfisted – but, frankly, that’s not what it’s all about. Bring it back a few notches, find its natural canter, enjoy the scenery, and happiness is restored. Who cares if it’ll barely crack 100mph?

Hayter clearly accepts that the MGB can be made better, and many owners have gone on to do just that. ‘I have been asked many times how I’d improve the MGB,’ he smiles. ‘Modern technology makes all the difference but, even then, there were detail things we could have done. With improved tires and suspension set-up, the ride, handling and brakes are easily transformed.’

James Wylie, our car’s owner, is extremely enthusiastic, and is proud of just how many miles he’s covered in the car since he bought it in 1997. He’s used it as his daily driver in all weathers, as well as taking it on trips to Le Mans and the Nurburgring Nordschleife. And there’s no better testament than that.

The MGB’s only problem in those early years was Abingdon’s need to meet heady levels of demand. Sales – especially in the USA – took off quickly, with the first year’s production total at 16,391 – but it continued to build, peaking in 1970-71 at 40,421. And MG was keen to keep its appeal fresh: the B had already been facelifted, and was well into what today we’d consider middle age. Back then it was bristling with ‘your mother wouldn’t like it’ naughtiness, as the adverts put it so memorably.

Yet there followed a litany of missed opportunities. The launch of the MGC, with its lusty straight-six, was tainted by ill-prepared test cars, under-inflated tires causing understeer that dogged its reputation for years. And later the adoption of the ex-Buick Rover V8 was spoiled as much by the engine’s low-compression Land Rover tune as it was by the Energy Crisis. As for the rubber bumpers that arrived in 1974 – nicely integrated though they might have been in comparison with the Italian opposition’s, they were an indignity. History would prove that a simple 1962 MGB roadster was the most desirable of the lot.

By rights, the MGB should have been replaced in the early 1970s. MG at Abingdon developed several proposals, such as 1964’s Hydrolastic-suspended EX234, 1968’s mid-engined ADO21, and various alternative-powered versions during the 1970s. They promised much but were starved of funds as MG’s parent companies – first BMC then British Leyland – struggled to keep their volume car divisions in business.

As if to prove the rightness of Hayter’s original MGB, it continued to sell strongly until the end. And it couldn’t be replaced, even when British Leyland boss Lord Stokes tried with the ill-starred Triumph TR7 of 1974. The last MGB rolled off the line on 23 October 1980 after a production run of 514,852. By its side for the sad photo call that marked the end of Abingdon as a production site was Don Hayter.

Even before that fateful day, the MGB’s position in the classic car scene was beginning to snowball – and now it’s an industry cornerstone. We’re a lifetime away from the Swinging Sixties plaything that exploded onto the automotive landscape 50 years ago, but the B’s continuing ability to engender passion and enthusiasm is a hallmark of the genius behind its creation.

Hayter remains modest. ‘Clearly it spoke to a much wider audience than the MGA, and I feel humbled by its success. The MGB was my life for 18 years, but I feel everything I’ve done relates to the team that created it.’

Yet without those fabulous looks, the legend of the MGB might have been but a mere footnote in the story of 1962.

Advertisement
×
The MG MGB: The Most Popular Sports Car Ever 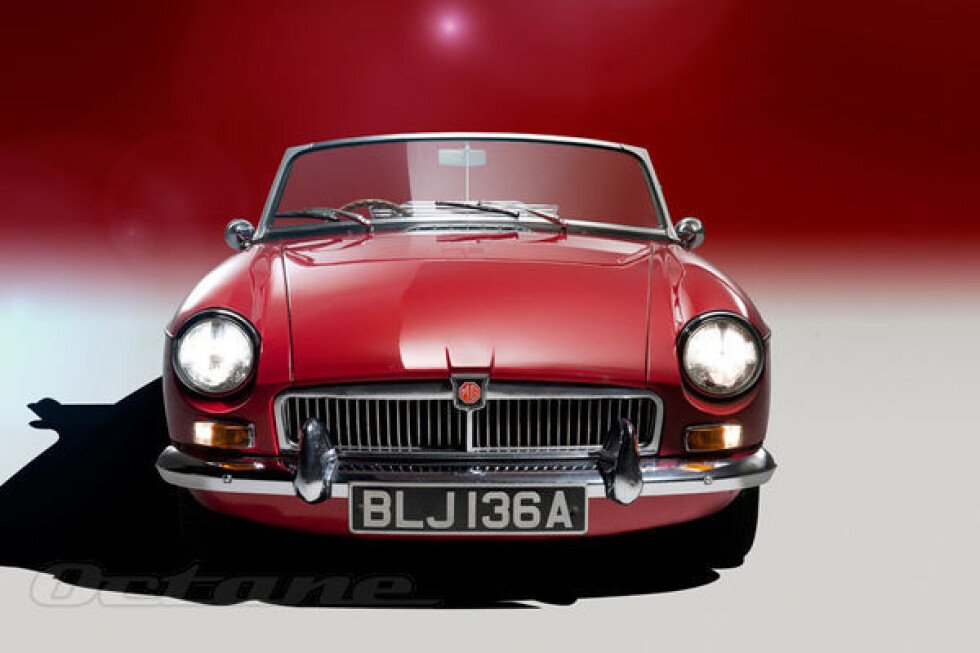