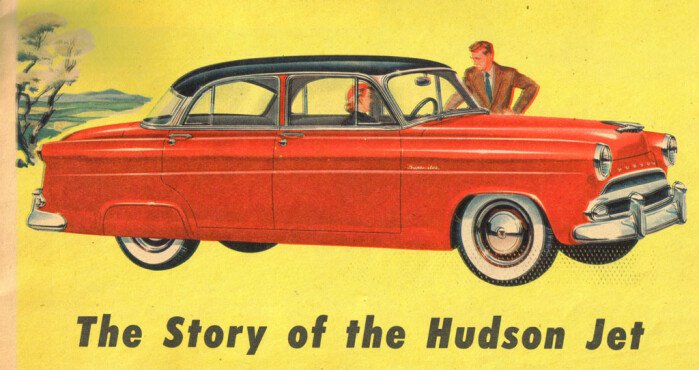 GM again spent the bulk of their cash on their premium brands in 1954. Now based on the shorter Century platform, the previous year’s radically styled Buick Skylark was restyled again. Elongated wheel openings were painted a contrasting color from the body, making the Skylark unmistakable. Drastically sloping quarter panels were topped with sleek, fin-like hooded tail lamp housings. The deck lid featured twin risers that ran the length of the lid. Remaining models were more subdued.

Other Buick models revised their front-end styling with a more subdued look and “Dagmar” style bumper guards. Buick’s new body style was longer and lower. Its hood was now flush with the top of the front fenders. All models now included wraparound windshields.

Oldsmobile bodies were three inches lower than its 1953 offerings. Like Buick, hood lines were lowered to be nearly level with the top of the front fenders. Front fenders had sweep cut wheel openings and body side moldings angled at a 45-degree pitch for a forward.

Pontiac had to make do with last year’s platform. A slightly redesigned grille and side trim were the extent of styling changes. Interiors again received some attention and almost looked like they belonged in a premium priced car. A new Star Chief Catalina model was announced, replacing the Chieftain as their premium model. By 1954, Pontiac styling had become stale.

Like Pontiac, Chevrolet was in its last year of the existing body style, and designers weren’t about to put a lot of cash into updates. The attractive Bel Air 2-door hardtop continued, getting a new grille and tail lamps.

Cadillac was totally redesigned for 1954. Headlamps were peaked, and the hood was lowered by several inches. The grille, while having lots of chrome, was elegant without being over the top.

Chrysler’s Dodge division, having been chosen to be the Indianapolis 500 pace car, brought out the Dodge Royal 500. Front and rear wheel wells were trimmed in chrome, and all 500 models included Kelsey Hays wire wheels. A “continental” spare tire with an extended bumper was standard equipment.

Styling took a giant leap forward with Ford when it announced its beautiful Crestline Skyliner model. The front half of the roof was made of tinted Plexiglas, a first in the industry. Buyers loved the look but complained that the interior became too hot in certain sunny areas of the country.

Compact cars were beginning to emerge in the marketplace. Stylists did their best to work with stubby body designs by adding long horizontal feature lines or a continental kit. Hudson’s new Jet model certainly looked a lot like a mini Oldsmobile from the rear. 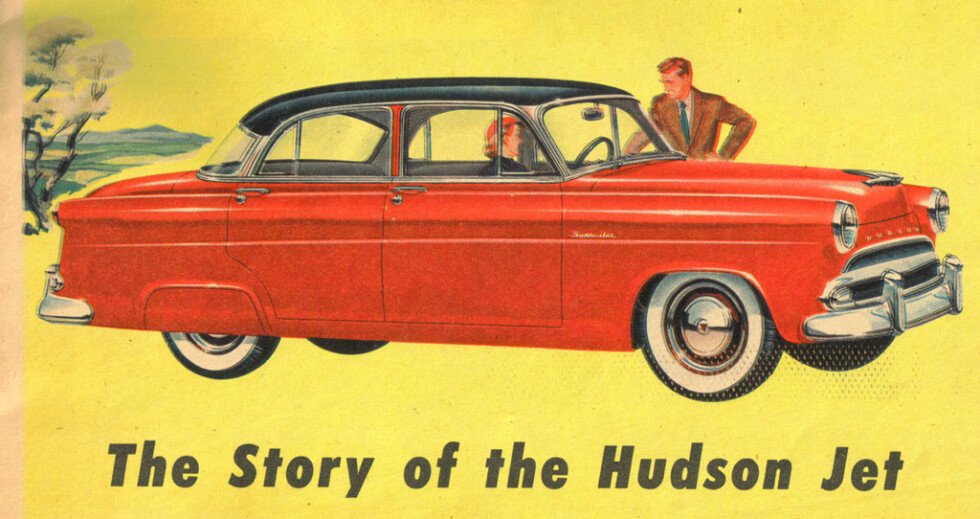