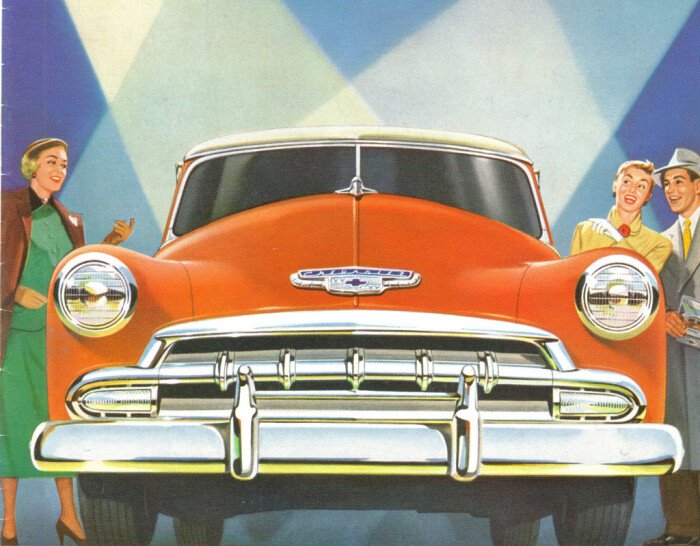 The automotive industry saw banner sales again in 1952. Unemployment was low, and wages continued to grow. While the Korean War continued to play out, thirst for new cars remained high.

Chrysler dragged behind in the styling race, with most of its vehicles still looking frumpy. One of the few exceptions was Plymouth, which, while boxy, was well proportioned, especially the handsome Cranbrook Belvedere sports coupe hardtop. Its unique body molding design allowed the roof and deck lid area to be painted a contrasting color from the rest of the body. While it was positioned in the low price field, Plymouth’s interior was considered plush. A good looking three-passenger business coupe was available for those needing additional storage room.

Dodge was also becoming recognized for up to date styling. A wide, deep-set grille, revised bumpers and a new 2-door hardtop model gave Dodge a fighting chance to attract buyers who wanted something other than a Ford or GM product.

Ford’s 1952 lineup was all new. Every platform had a lower silhouette and sculptured quarter panel bulges that were a dramatic improvement over the slab-sided 1951 model. Ford’s grille design reverted to a centrally located bullet nose, and headlamp bezels offered a “frenched in” look. More chrome was tastefully added to the exterior. The rear end look was simple and well proportioned. Luxurious styling was beginning to show up inside, with color coordinated carpeting, two tone seats and an ample amount of chrome trim.

Lincoln was totally redesigned with the hopes of gaining ground on Cadillac sales.  Its bathtub shape was history. The Capri and Cosmopolitan model were long, sleek and stylish and much more pleasing to the eye. A stamped peak replaced the traditional fastened chrome molding on the hood. Long quarter panels finished with a vertical plane that housed far extending bubble tail lamps.

For the most part, General Motors’ offerings were a mirror image of 1951. Oldsmobile added new tail lamps and revised its grill and side trim. Yet subtle styling cues were beginning to take hold throughout the corporation. Headliners and window moldings began to be trimmed in chrome, and lower door trim panels of premium models added bright work. Cadillac stayed with their popular P-38 style tail lamps, and Chevrolet fancied up their grille work, showing the first hint of shark teeth, something that would become synonymous with the upcoming Corvette.

The styling evolution wasn’t simply for the Big Three. Willys, another independent who until now was building truck-like vehicles, decided to get into the automobile business with the announcement of the Aero Willys. Designed by Phil Wright, the Aero Willys’ styling was simple. From most angles, it looked like a smaller Ford with Cadillac quarter panels and tail lamps. Front end styling included a single horizontal grille bar with a large “W” that let onlookers know it was a Willys. 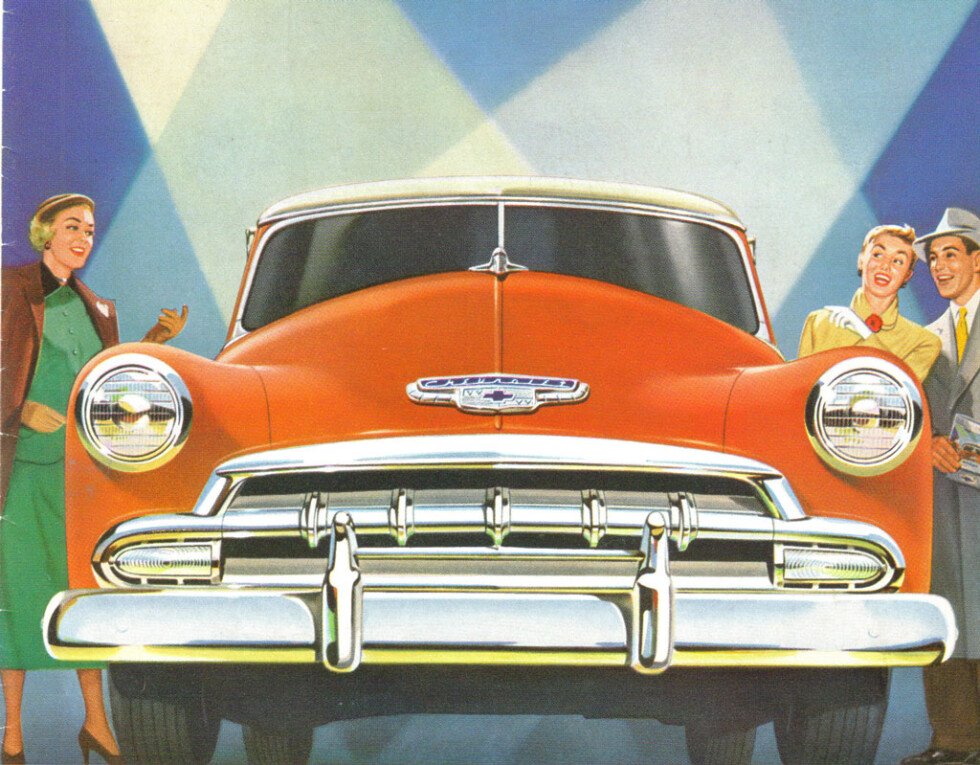