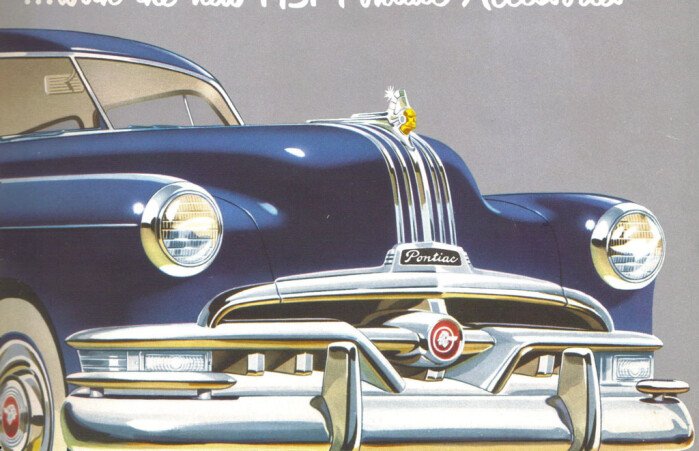 Ford revised its grille, adding a dual spinner nose and new parking lamps. Tail lamps were larger and included a quarter panel side spear that ran forward from the edge of the tail lamp. A Custom Deluxe Victoria hardtop model was added, hoping to grab some market share from Chevrolet’s very popular Bel Air hardtop. With color choices becoming a more important aspect of styling, the Victoria was offered in 10 color combinations

Chrysler did little outside, with the exceptions of a new grille and a lower and flatter hood. Its major announcement was its new 331 cubic-inch FirePower Hemi V-8 engine. Plymouth followed suit with similar front-end changes. Chrysler’s premium Imperial model had little in updated styling. It was clear that, while Chrysler had solid construction, its styling left much to be desired.

Chevrolet tweaked its look, with a more angular grille and parking lamps that were moved lower and farther outside. Buick toned down its toothy front end with a subtler grille, but its signature side chrome was kept. Its long and low convertible was especially stylish. A few remnants of 1940s’ design remained with Buick’s fastback models.

Pontiac changes were restricted to a new grille with twin vertical moldings that tipped downward as it neared the center. While Pontiac wasn’t bringing any major styling features to the table, it did have one hallmark not available on any other vehicle. Buyers could order an optional illuminated hood emblem resembling the head of Chief Pontiac, which lit up when the headlamps were turned on. And like Chevy, Pontiac had its own version of a tin woody.

The few remaining independents did their best to keep up with styling trends. Hudson continued pumping out cars, but with limited funds, updates were minimal. Hudson’s Hornet was announced to much fanfare, but little in the way of futuristic styling. Unfortunately, while Hudson’s drop down body style was unique, it looked somewhat like an inverted bathtub, and even though these high-powered Hudsons would soon become the darling of the NASCAR circuit, its performance did little for sales. The Hornet helped sales reach 132,000, but it was only enough to keep Hudson in 13th place in new car sales. 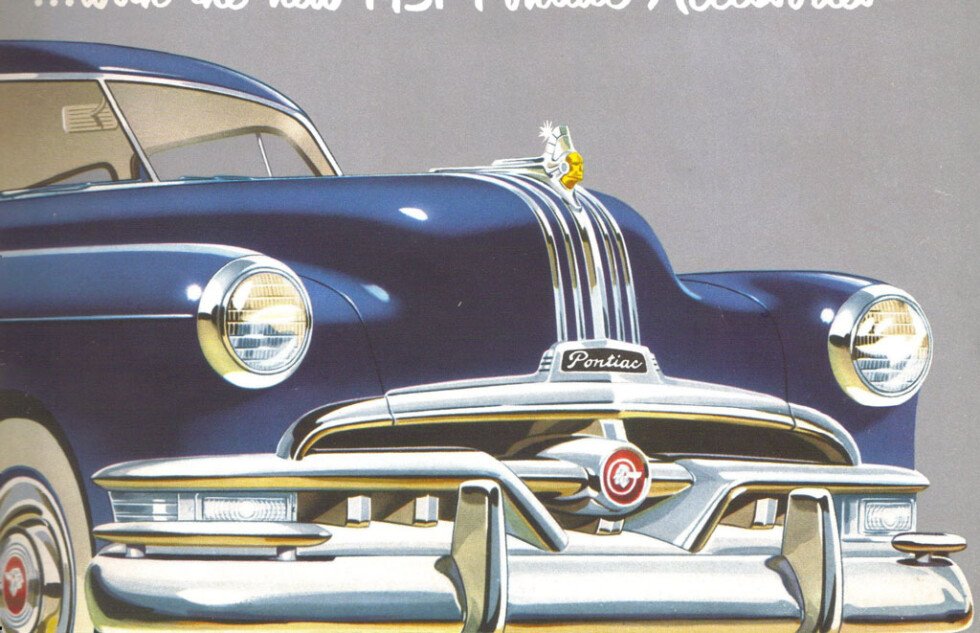