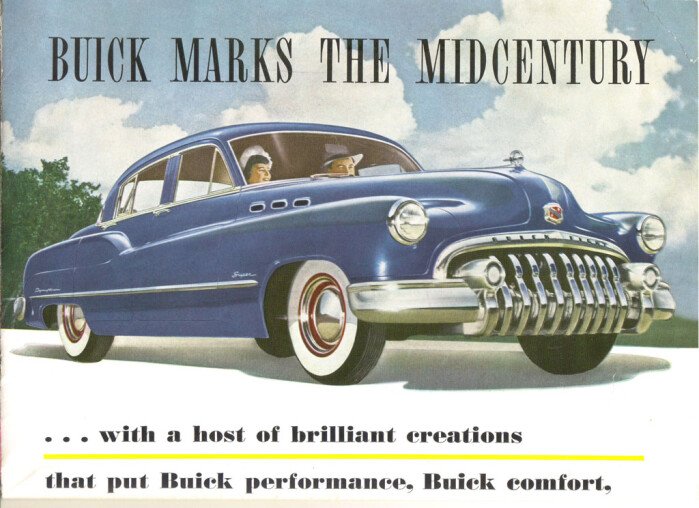 As the decade began, domestic automobile sales were going gangbusters. It was a seller’s market, and manufacturers were unloading as many vehicles as could be produced. Little was new in styling, with most 1950 offerings being refreshed one-year-old designs.

Chevrolet, General Motors’ low-price division, introduced the Bel Air 2-door hardtop, with arguably one of the best looking rooflines on the market. Chevy sales brochures boasted,“The Bel Air combines the airiness and interior richness of a convertible with the coziness and permanence of an all-steel top.” Buyers could choose from four exterior colors made exclusively for the Bel Air or have it painted solid black. The tin woody station wagon returned, having the look of real wood by using sheet metal stained to look the part.

GM’s Buick division branded itself with their trademark shark tooth grille. The look was unmistakably Buick. All models included side venti-ports, four on the Roadmaster and three on all other models. The finishing touch of styling was Buick’s gun sight hood ornament. It was obvious Buick marketing was after upscale buyers, with advertisements showing an elegantly gloved woman moving the shift lever in an ad touting “the silky luxury of Dynaflow Drive.”

Oldsmobile followed Cadillac by losing its two piece windshield. Front-end styling took a bit to get used to, with its “sad” appearing grille. Air vents were designed into the base of headlamp housings that added to the frown look. Oldsmobile connected to their “Rocket V-8” performance image with a hood emblem designed with a Saturn-like ring surrounding the earth.

Ford wasn’t about to mess with the styling success of its popular 1949 model. Little changed, with the exception of a recessed fuel filler neck, redesigned hood ornament and repositioned parking lamps. A new model, the Custom Deluxe Crestline, was offered with special body side moldings and flashy two-tone paint schemes.

Mercury, Ford’s mid-priced brand, had a new roofline, parking lamps and hood emblem. Its Monterey coupe included a padded canvas or vinyl top and custom leather interior. Mercury also continued sales of its handsome station wagon. Lincoln had to make do with a new grille and the addition of the Lido coupe model. Luxurious styling made its way inside the Lincoln nameplate, with multi-colored seat covers and plush door panels.

Chrysler Corporation struggled to get in the styling game thanks to K. T. Keller, Chrysler’s president, who had an edict requiring sufficient interior room for men and women to wear a hat while driving. The edict required boxy designs with high rooflines. Designers did their best to instill rich styling cues, with elegant grilles and a liberal amount of exterior chrome, yet Chrysler’s premium brands appeared somewhat stodgy. Inside appointments were another story, where luxurious materials and handsome dashboards gave a high-end touch. Seats were tailored in elegant broadcloth fabrics with end caps covered in simulated wood. Chrysler’s best looking model for the year was undoubtedly the magnificent Town and Country. With a beautifully finished wood frame body, nothing came close to matching its rich style.

Designers were beginning to dip their toes into the “styling” waters, slowly bringing automobile fashion into the limelight, but it was Studebaker, one of the few remaining independents, that jumped in with both feet with its new Champion model. Styling was light years ahead of the competition. From its bullet-shaped hood and grille to its ultra-sleek body lines, the Champion ushered in a totally new look for the dawn of the decade. 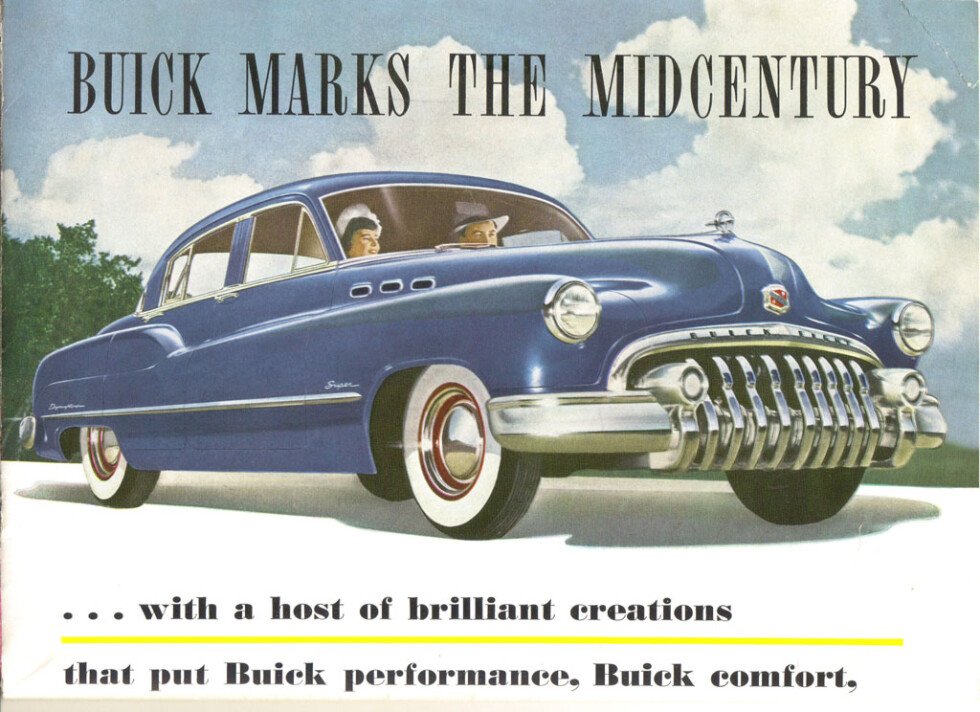