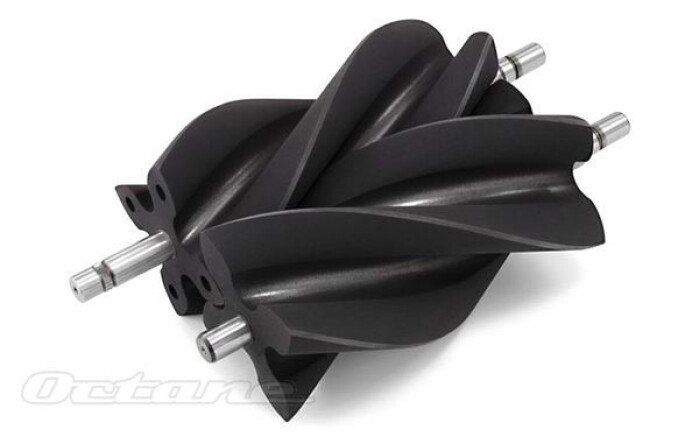 A normally-aspirated 5.0L engine compresses just 3.75L-4.5L, lowest at high rpm. A supercharger ensures not only complete cylinder filling, but filling under pressure so that, with 8psi boost, around 1500cc can be squeezed in. Efficient atomization of the air/fuel mixture passing through the supercharger enables a cleaner burn so a leaner mixture can be used. The smoothness resulting from complete cylinder filling and efficient atomization reduces shock loading on bearings and bores, reducing wear for equivalent loads.

Downsides are that driving a supercharger consumes power; when air is compressed there is a heating effect which can counteract the benefits of compression; a supercharger requires space; and it is generally cheaper to fit a bigger engine.

The first patent application for a supercharger was by Rudolf Diesel in 1896. A supercharged car won its first motorsport event in 1908 and 100mph replicas of it were the first supercharged cars offered for sale. Superchargers developed rapidly with aero engines during the First World War and in the 1920s, a supercharger was the ultimate performance option on Mercedes SSKs and Bentleys, de rigeur for Grand Prix racers. 1930s Mercedes and Auto Union GP cars were using boost pressures up to 38psi through twin-stage supercharging. Post-war, supercharging became common for boosting torque on truck engines and a popular go-faster mod for smaller cars. It faded out of use as turbochargers took over in Europe. In the USA now, aftermarket superchargers are fitted to everything from motorcycles to hot rods, Mazda Miatas to Cobras.


How it works
A supercharger is an air pump. Turbochargers are air pumps driven by exhaust gases; here we are concerned with mechanically-driven superchargers. Early types were driven at engine speed directly off the front of the crankshaft; many used gear drive. Chain drive has also been employed, but belt drive is most common.

Until the 1930s, most superchargers pushed air through the carburetor into the engine, but leaks and heat build-up made placing the supercharger between carb and engine preferable. A blow-off valve is essential to absorb shock from a backfire; drives should always have shock absorption built in.

The Roots-type supercharger employs two precisely-engineered rotors turning in opposite directions, pulling air from one side of their housing and pushing it out of the other. The rotors are driven by gears in a separate lubricated chamber and do not quite touch each other or the housing walls, so friction is low. However, leakage can be considerable so competition blowers are often fitted with PTFE lip seals requiring frequent replacement.

General Motors developed helically-shaped (spiral) rotors to reduce the howling noise. The number of lobes on each rotor can be varied; Derek Chinn has found that two-lobe rotors give good low-down torque but power drops off at higher revs, four lobes are much stronger at the top end, while the three-lobe offers a good compromise.

The vane supercharger, unlike the Roots, compresses air as well as pumping it. It has a simple cylindrical body with inlet and outlet ports side by side. Turning inside the cylinder is an eccentrically-mounted drum. As the drum rotates, four flat steel vanes divide the space outside it into four separate chambers, each of which is squashed by the eccentric movement of the drum as it takes air from the inlet port to the outlet.

Vane compressors generate higher boost with less wastage; up to 30psi from Zoller blowers on pre-war MGs. Post-war, the concept was adopted by Christopher Shorrock, who made two sizes, C75B and C142B, aimed at 1000-1500cc and 1500-2000cc engines.

Centrifugal blowers are more suitable for aero engines, offering maximum boost at high revs but little lower down: use on BRM racing cars did nothing for their drivability. In 1958 Oberhausen of Atlanta launched an electric centrifugal supercharger running at 15,000rpm, providing 5psi boost; ideal for operation by a kickdown switch, it was offered as a DIY kit.

Plunger pump, or piston pump, blowers, operating on the same principle as a single cylinder engine, have been used, especially on two-strokes. Modern computer-controlled engineering has made more complex designs economically viable, including a Wankel-like two-lobed rotating piston in a rotating cylinder by KKK. Sprintex uses a screw compressor, in which a ‘male’ rotor with spiral lobes meshes with a ‘female’ rotor with spiral flutes, offering both pumping and compression; a similar Autorotor kit has been developed for classic MG and Mini applications (www.hi-flow.com). Volkswagen used a G-shaped spiral rotor oscillated by an eccentric drive within a fixed G-shaped spiral: driven to 10,200rpm, the small G40 unit generates over 10psi boost.


Retro-fitting
The days of cheap blowers at government surplus sales are over. If you find a supercharger kit secondhand, check it turns freely with no bearing noises, the inside of the housing is not badly scored, the trunnions are not loose and the vanes are securely rivetted. Adapting a secondhand supercharger from another car looks appealing, but you will need to make all the manifolding, brackets and drive pulleys and experiment with airflow, tuned lengths etc – not quick or cheap, but fun if you are so inclined.

Fitting a supercharger to a standard engine with below 8.5:1 compression ratio should require no modifications, though valve seats, guides, head gasket and cooling system (water and oil) will come under extra strain. On higher-tuned engines you must reduce the compression ratio, regrind the camshaft and revise the distributor advance curve. Of course, for ultimate performance from a supercharged engine (at the expense of fuel consumption and some flexibility), further modifications can be made.


On the road
Though power is not noticeably increased below 2000rpm, the benefits of a vane supercharger kit on an small engine are felt as soon as you start up. It quickly demonstrates its improved balance with smooth power delivery that can make a four-cylinder engine feel almost as silky as a six. Where the supercharger is most appreciated is on long inclines, where it really does feel as if a samller engine has been replaced by a larger one. 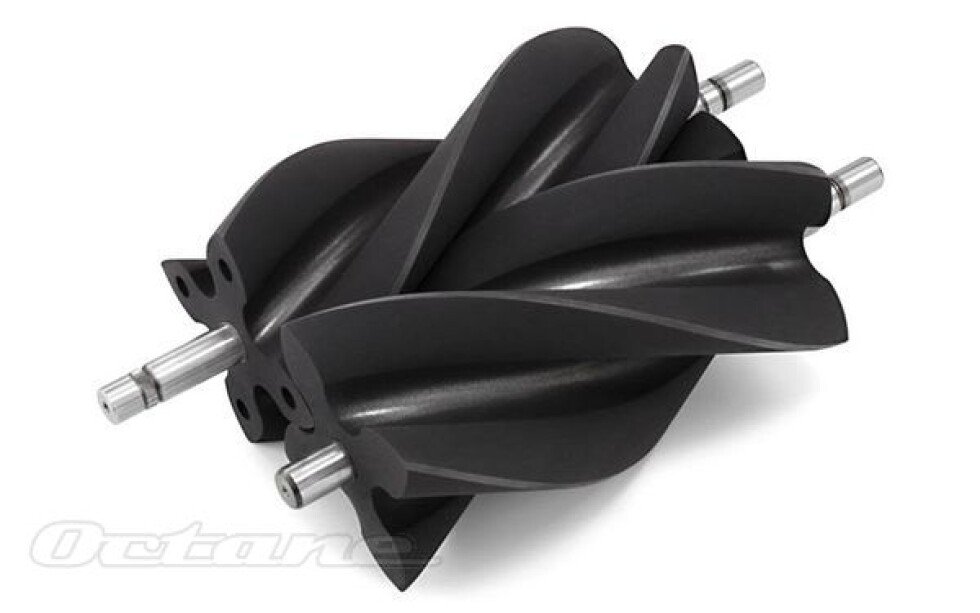