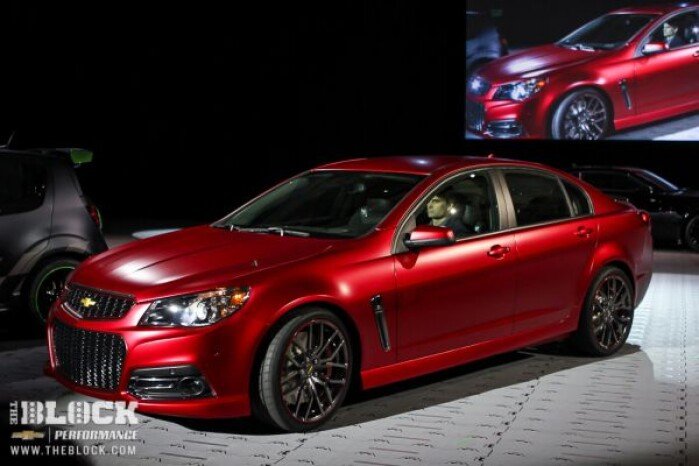 Wow, what a night to remember! This year's Chevrolet SEMA Media Event, once again, pulled all the stops, treating the media and fans at home (via Livestream) to unique, backstage access and the first public looks at some of this year's platoon of amazing Chevrolet concept vehicles.

The always effervescent, Mr. Jim Campbell, U.S. Vice President of Performance Vehicles and Motorsports and Mr. Chris Perry, Vice President of Chevrolet Marketing – lead the bowtie charge – speaking to the capacity crowd, and detailing some of the big things Chevrolet has planned for the Spark, such as the sporty, all-electric Chevy Spark EV Tech Performance Concept.

With a wide range of Chevrolet Performance parts and personalization options already available, and more coming all the time, it's easy to see why Mr. Campbell and Mr. Perry spoke with such enthusiasm. One overarching concept that came across loud and clear is the notion of how great a time it is to be a Chevrolet owner looking to truly personalize his or her vehicle.

And those Chevrolet owners looking for new and exciting ways to enhance the performance capabilities of their Spark, Sonic, Cruze, Malibu, 5th Gen Camaro, Silverado or Impala, can take pride in knowing that every Chevrolet Performance part and accessory is designed, engineered, tested and backed* by Chevrolet.(* when installed by a Chevrolet dealer. Racing and off-road products excluded).

“Racing is the common thread among Chevrolet’s performance cars and that comes from decades of transferring race technology to our production models,” said Jim Campbell, GM U.S. vice president of Performance Vehicles and Motorsports. “Corvette, Camaro and SS deliver well-balanced, exhilarating driving experiences forged on the racetrack and refined for the street.”

As in previous years, the cars weren’t the only stars at this year's media event. That's right. One of those on hand tonight was Team Chevy Driver, Jeff Gordon, to talk to the crowd about his Chevrolet SS Performance Concept. And, if that wasn't cool enough, Country singer, Brad Paisley's "Brad Paisley Silverado concept" was on hand to delight the crowd. And, Ricky Carmichael joined in the festivities to discuss his Ricky Carmichael All-Activity Chevy Sonic.

Oh, and then there was this little movie you may have heard of that had this awesome yellow and black Camaro… Well, let's just say he's back for 2014 and more advanced than ever! That's right, the 2014 Transformers 4 Age of Extinction Camaro made its presence known in fine Hollywood fashion.

We could tell you so much more about this amazing night, live from Las Vegas, but we know you'd rather see some awesome car pictures! Check out an array of images from tonight's event, and make sure to click on the link below to watch any portion of the event you may have missed. 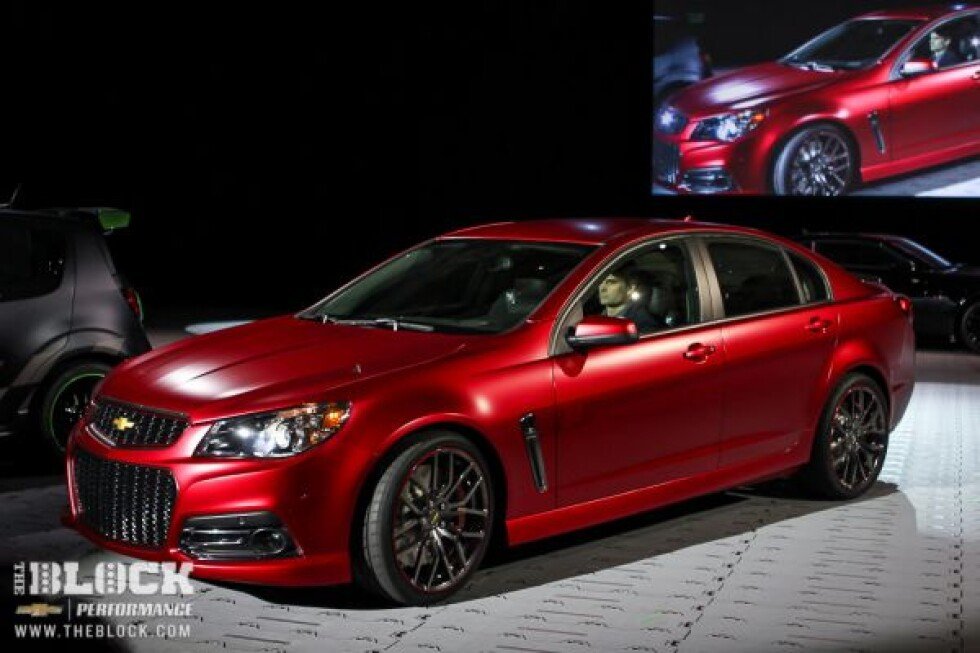