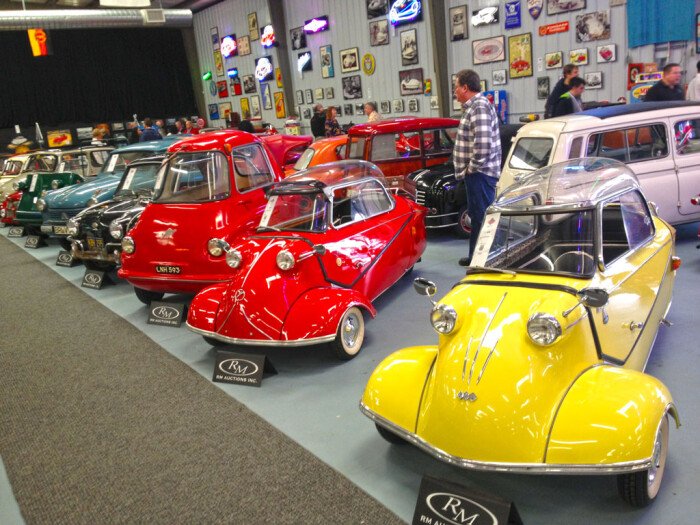 Sold! When the hammer dropped for the last time on Lot #603, a rose colored 1958 F.M.R. Tg 500 "Tiger", the price on the board read a staggering $280,000. Figuring in buyer's premium the final price was $322,000. That is an awful lot of money for a car that can fit in your living room. But that is what this event was all about, little cars selling for big money. Bruce Weiner is a man obsessed with tiny cars and his museum in Madison, Georgia housed one of the finest microcar collections in the world. Bruce spent decades chasing these diminutive pieces of transportation history and painstakingly restoring them to a level of perfection possibly exceeding their condition when new! That level of detail led to some very surprising bidding wars. One surprise was the sale of the 1964 Peel P50, the world's smallest production vehicle. Not until Jeremy Clarkson of Top Gear fame drove one of these cars through the BBC studios did anyone really pay attention to them. That moment launched the Peel P50 to the forefront of the microcar world. This particular P50 had received Bruce's signature restoration and is probably the finest example in existence. The bidding was fierce and the audience was cheering with each jump in price. When it was all said and done the little P50 sold for $105,000 ($120,750 with buyer's premium). Not bad for a car that looks more like a travel trunk than transportation. 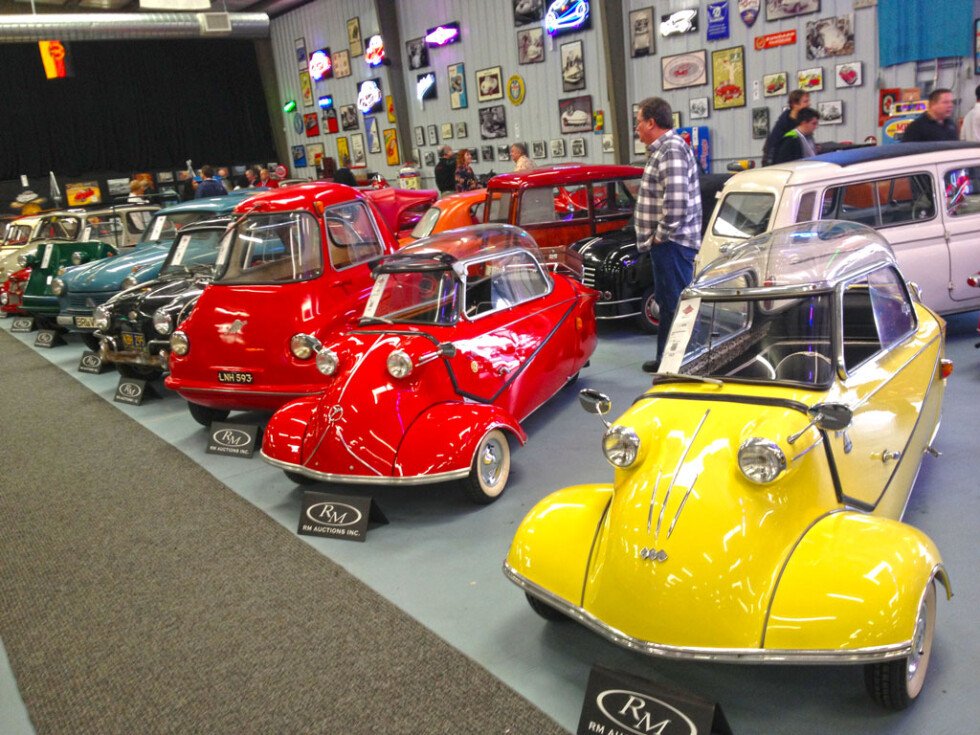