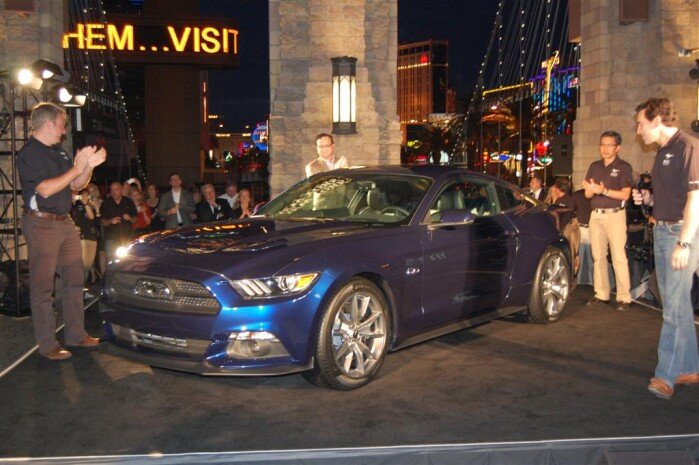 This past April 17th marked the 50th anniversary of the launch of the Ford Mustang. To celebrate this milestone event, the Mustang Club of America selected not one, but two locations to host the celebration: Las Vegas, Nevada and Charlotte, North Carolina.

Las Vegas was a natural choice as its location provided an excellent destination for Mustang enthusiasts who live west of the Mississippi, as well as folks who like Las Vegas. The city also provided interesting locations for the evening programs as well as the Las Vegas Motor Speedway for all the activities during the day. The display of 1965-2014 Mustangs was reason enough to attend the event. Mustangs from east and west of the Mississippi river filled the parking lot and provided a wide panorama of the colors and equipment. Whatever your favorite Mustang is, there was at least one example on display along with their owners who were happy to discuss all details of their pride and joy.

Ford Motor Company pulled out all the stops including the introduction of the 2015 Mustang 50 Year Limited Edition as well as providing interesting exhibits, one of which showcased milestone Mustangs built over the past fifty years.

The Ford Ride and Drive was a very popular attraction at the Las Vegas Speedway. It was here that enthusiasts were able to drive any number of new Ford cars and trucks and experience firsthand all the exciting features that the company has equipped their vehicles with. For those people who felt the “need for speed” a number of talented drivers including Shelby American’s talent duo, Gary Patterson and Vince LaViolette gave enthusiasts the ride of their life while demonstrating the speed, superb overall handling and balance of the Mustangs and Shelbys.

In addition to the ride and drive, Mustang and Shelby owners were able to exercise their cars during the open track sessions held on the road course adjacent to the speedway. Tim Hahn drove his 2013 Boss 302 Laguna Seca from his home in Houston, Texas and provided the pace car for the MRT Performance/Track Guys Late Model Exhibition. Hahn, a member of the Mustang Club of America Board of Directors and Chairman of the Driving Events Committee, has had his Boss 302 enhanced by MRT Performance of Plymouth, Michigan so his Laguna Seca is right at home on the track.

The evening programs with Rick Titus as Master of Ceremonies were exciting, educational and extremely entertaining. Titus has worked with Ford as a product specialist for a number of years and is also the host of Drivers Talk Radio and driverstalkradio.com. Rick’s father was a renowned journalist and championship winning race driver, Jerry Titus, who won the 1965 SCCA B Production National Championship, in 1966 Titus won the final race of the Trans-Am Series and the Championship for Mustang. During the 1967 Trans-Am season Jerry Titus won four races in the famed Shelby American built Terlingua Racing Team Mustang and the series championship for Mustang. Rick followed in his Dad’s footsteps winning the 1987 SCCA Escort Endurance Championship in a Saleen Mustang.

The Saturday night banquet, held at the Luxor poolside was very memorable with interesting presentations by Ford Motor Company speakers, Moray Callum, Vice President of Design, and Steve Ling, Performance Car Marketing Manager and Gary Patterson. Hal Sperlich, Special Product Manager, 1965 Mustang, was presented the Iacocca Award for his contributions to the Mustang Brand. Ron Bramlett, Executive director of the Mustang 50th Celebration received the Ford Lifetime Appreciation Award for his years of service and dedication to the Mustang hobby.

The theme line , “What happens in Vegas stays in Vegas” does not apply to the great time enjoyed by all at the Mustang 50th Celebration! 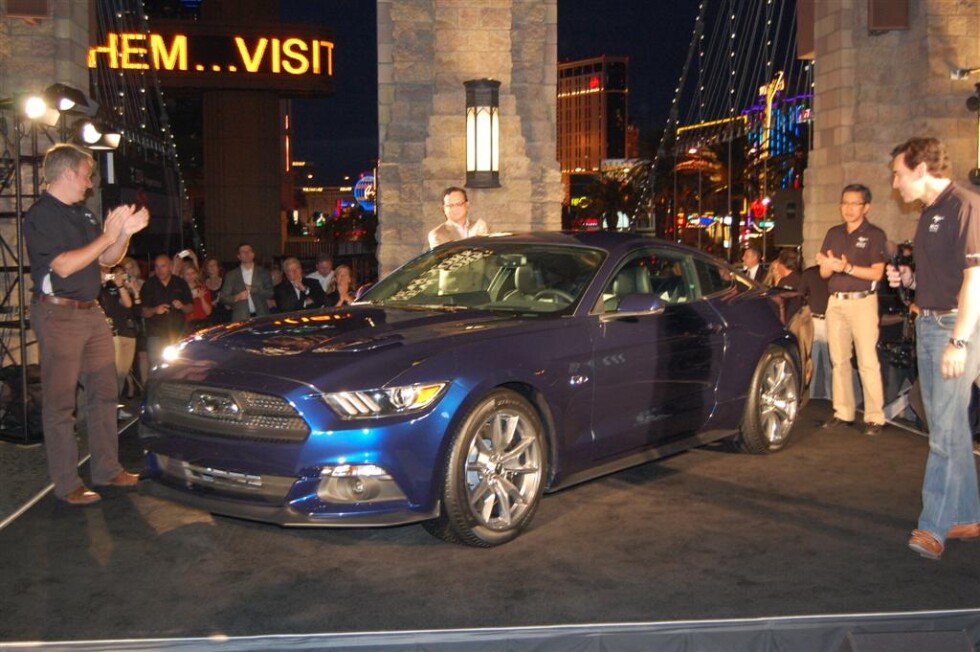