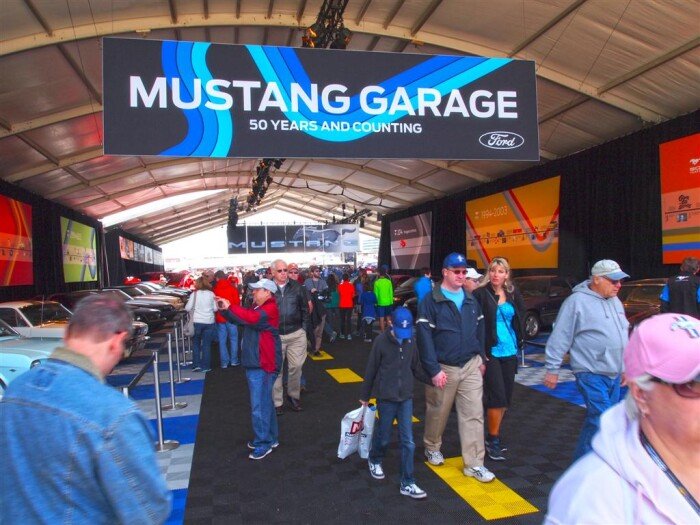 50 years of uninterrupted production. Think about that for a second. Through all of the changes that have happened in the last five decades, one thing could always be counted on: a new Mustang on the dealership showroom floor. Sure there have been changes in the way the car looks and what was under the hood, but the name was always there for those who wanted the original pony car. And now it was time to celebrate the 50th birthday of the Mustang to the exact day of its unveiling way back on April 17th, 1964.

But how do to commemorate such a momentous occasion and give as many people possible a chance to participate? You throw TWO parties on either side of the country! The Mustang Club of America has been a trusted steward of the Mustang heritage for decades so it was a natural fit that they handle the ceremonies. The plan: to hold two all out Mustang bashes at the exact same time in both Las Vegas, Nevada and Charlotte, North Carolina. The logistics were staggering but the all volunteer (this part is worth repeating, ALL VOLUNTEER) Mustang Club of America workforce rose to the occasion.

Ford pulled out the stops for this event and threw everything they had in the mix. To get things rolling on Thursday Ford unveiled their highly anticipated 50th Anniversary Edition of the 2015 Ford Mustang. Bill Ford Jr. was on hand along with Mark Fields, Dave Pericak, and original Mustang designer Gene Halderman. The Wimbledon White coupe sports a host of unique touches that make it an instant collectible and only 1,964 will be produced. The crowd cheered and the now-revealed anniversary edition roared down the track and onto display in victory lane.

Ford invited the public to stroll down Mustang memory lane with their "Mustang Garage" which housed examples of every major Mustang generation for the last 50 years. Sitting center court was the all new 2015 Ford Mustang GT. Mustang fans were lined up all weekend to get their very own free 2015 Mustang...albeit a much smaller toy version. The Ford Ride and Drive event gave visitors an opportunity to get behind the wheel of several new Ford vehicles, while the Ford Racing School was offering high speed thrill rides around the race track.

Friday night hundreds of Mustangs descended on the nearby town of Kannapolis in an attempt to set a new world record for the world's largest parade of Mustangs. There were well over 1,000 vehicles registered which should be a new record, but officials are still certifying the results to make it official. While mother nature did try to dampen the festivities, the Mustang faithful were not deterred. Cars lined the streets of downtown Kannapolis while people strolled with their umbrellas and enjoyed the great food & music. This was a once-in-a-lifetime event and a little bit of rain wasn't going to stop this party!

Unfortunately the rain stayed around for Saturday but the festivities did not stop. Of note were presentations and Q&A sessions with Ford's own John Clor along with Gene Halderman. It was amazing to hear the history of the Mustang told by the people who made it! While the car show was a little sparse the race track thundered on as drivers switched to their rain tires and roared back on track. Saturday's banquet dinner with Dave Pericak taking the stage and sharing his experience building the Mustang brand.

Overall the event was a huge success for Mustang fans from around the world, the Mustang Club of America, and of course Ford who brought us the automotive icon that has won the hearts of millions. 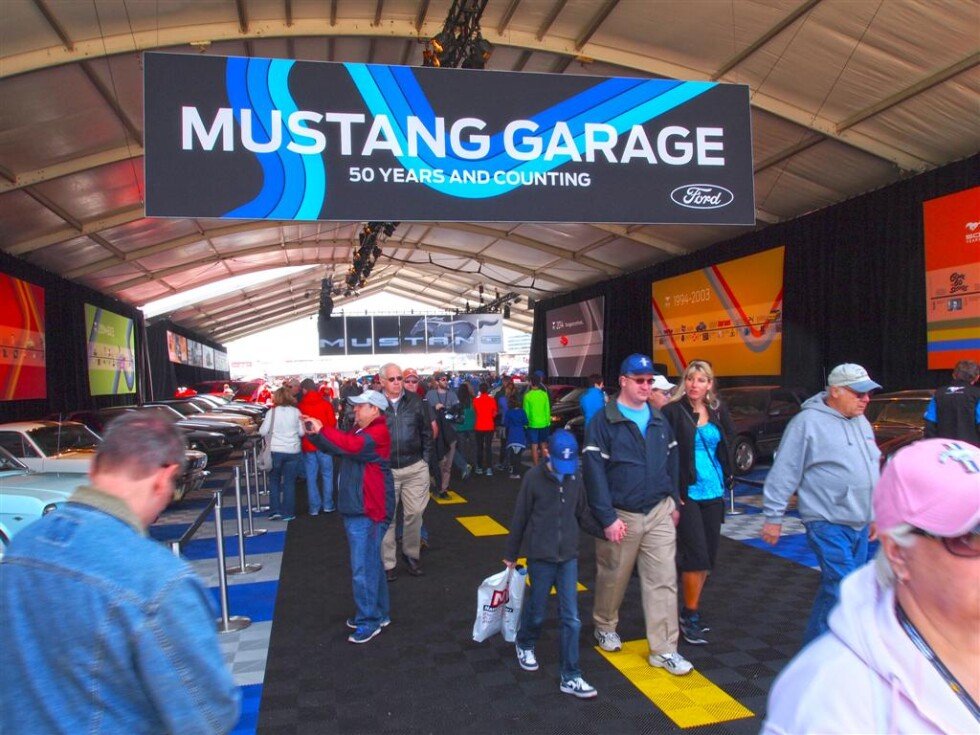