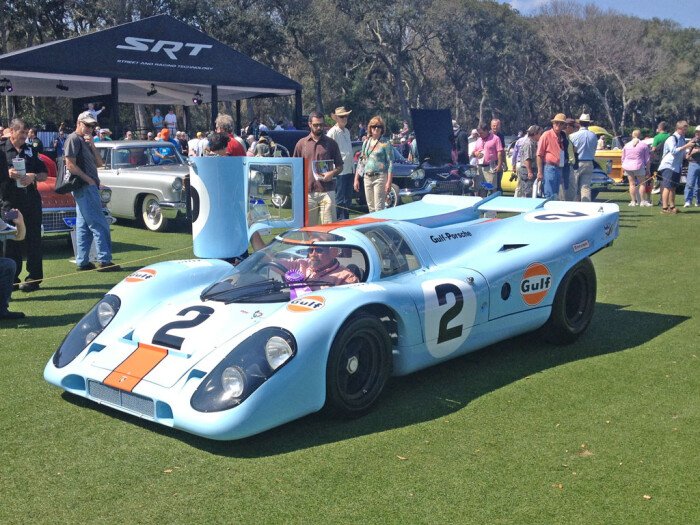 A 1937 Horch 853 and 1958 Scarab won the Best In Show honors on Sunday, March 9, at the 19th annual Amelia Island Concours d’Elegance, which attracted approximately 29,000 spectators throughout the weekend.

The Horch 853, owned by Bob and Anne Brockinton Lee of Sparks, Nevada, took home one of the most sought-after trophies in classic car pageantry, the prestigious Concours d’Elegance award. This fully restored automobile is one of only two Horchs ever to have been bodied by coachbuilder Voll & Ruhrbeck, which created custom coachwork for Bugatti, Maybach, Mercedes-Benz and Cord among others. Exhaustive efforts were made to restore this silver 853 to original standards, with no part going un-researched as to authenticity or originality by the restoration team.

The highly coveted Concours de Sport award was presented to the 1958 Scarab, owned by Miles C. Collier and presented The Revs Institute for Automotive Research of Naples, Fla. The three front engine Scarab sports racers built by Troutman and Barnes for Lance Reventlow, were created to contest the road courses of America against the great European marques, such as Ferrari and Maserati. Reventlow originally tried an Offenhauser engine in this car but the engine, designed to run on alcohol, never was successful running on gasoline as required by the sports car ruling body. It was then fitted with a small block Chevrolet V-8,  which was perfect for the American road and airport circuits of the late ‘50s and early-‘60s.

“I want to congratulate our panel of esteemed judges on this year’s best of show selections,” said Bill Warner, Chairman and Founder of the Amelia Island Concours d’Elegance. “Both cars are excellent examples of unique pedigree and provenance and are well deserving of their awards. We worked hard to bring the best in automotive elegance and sport to this year’s event, and judging by our winners and the crowd I think we achieved our goal.”

More than 330 magnificent cars and motorcycles from around the world participated in the 2014 Concours, delighting attendees with an impressive automotive display of style and heritage. Highlights on the field included the presence of BMW’s rare “Batmobiles” racing coupes, which included Alexander Calder’s famed 1975 Le Mans 3.0 CSL, 1975 Sebring 12 Hour and 1976 Daytona 24 Hour winners. The rarely seen Maserati 450S Le Mans “Costin Coupe,” which Sir Stirling Moss raced at Le Mans in 1957 also graced the field, while Chrysler’s La Comtesse Concept Car was introduced to the public after an extensive restoration by the Chrysler group. In addition, attendees were entertained by the exceptional Packard concept car collection of Ralph and Adeline Marano of Westfield, New Jersey, rare beach cars, and Zagato-bodied masterpieces.

The 2014 Concours celebrated Maserati’s 100th Anniversary with an array of models, including the 2014 Ghibli, representing the World Champion Italian grand marque’s impressive heritage and future of the brand. McLaren also marked its 50th anniversary with a display of rare and significant racers from five decades of competition that included 2014 Honoree Jochen Mass’ 1977 McLaren M23 Formula 1 racer as part of the “Cars of Jochen Mass” class. Mass was honored on the 25th anniversary of his victory in the 24 Hours of LeMans.

Some of the world’s most prominent manufacturers had displays at the event, including Porsche, Mercedes-Benz, General Motors, Ferrari, Jaguar and Chrysler. Lamborghini held the North American debut of the company’s newest super sports car, the Hurácan LP 610-4, on the Concours’ field, following the vehicle’s global debut at the Geneva Motor Show this week and Infiniti chose to celebrate the Amelia Island Concours by wrapping a 2014 Infiniti Q60 Convertible in the same color scheme as Bobby Unser’s 1968 Indianapolis 500 winning racecar. The convertible was on display next to the original Indy winning car, courtesy of Infiniti and the Indianapolis Motor Speedway Hall of Fame Museum.

Enthusiasts also enjoyed two impressive seminars this year, a tradition that has become one of the hallmarks of the Amelia Island Concours. “The Great Offy Drivers” seminar included such racing legends as Parnelli Jones, Sonny Meyer, Al and Bobby Unser and David Hobbs. Speakers Ray Evernham, David Piper, John Mecom, Bobby Rahal, Alwin Springer and Bob Tullius lead a lively discussion during the “Merchants of Speed” seminar, which gave a first person look at on-track race management and the sharp-edged business of racing.

Also displayed in a unique Hasselblad Automotive Photography Exhibit were a collection of classic motorsport photographs made with the internationally famous Hasselblad camera. The historic Hasselblad photos captured moments from the National and World Championship motorsport in the United States from the 1960s through 1979, taken by Bill Warner, with his Hasselblads.

The 20th annual Amelia Island Concours d'Elegance will be held March 13-15, 2015 on the 10th and 18th fairways of The Golf Club of Amelia Island at The Ritz-Carlton, Amelia Island. The show’s Foundation has donated over $2.25 million to Community Hospice of Northeast Florida, Inc. and other charities on Florida’s First Coast since its inception in 1996. In 2013, the Amelia Island Concours d’Elegance won Octane Magazine’s EFG International Historic Motoring Event of the Year award. 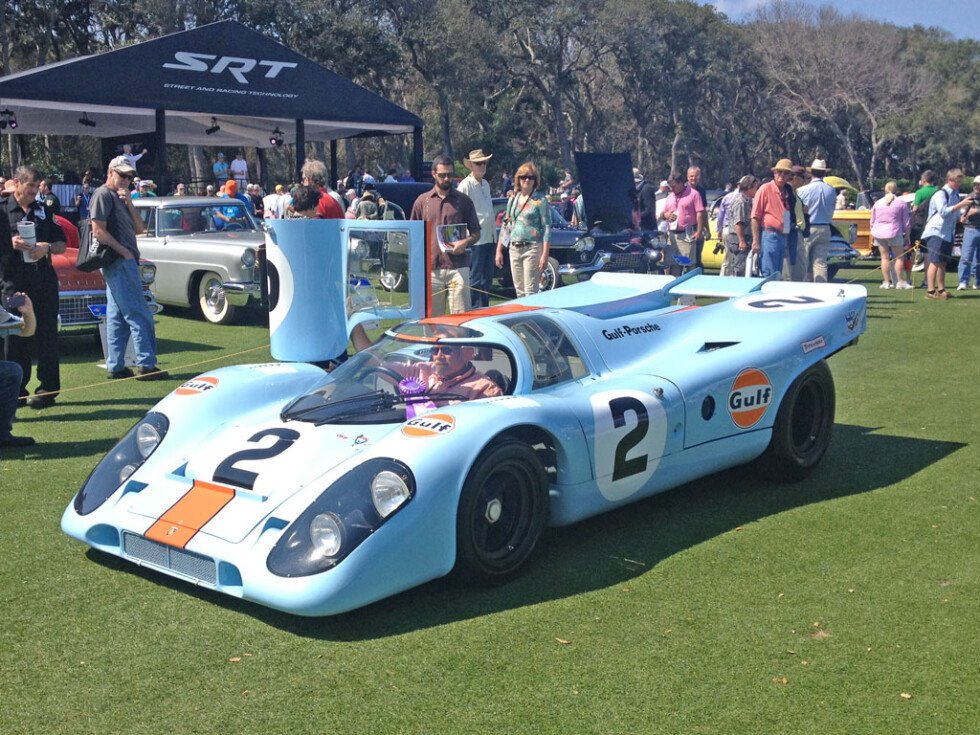