Mustangs That Never Were 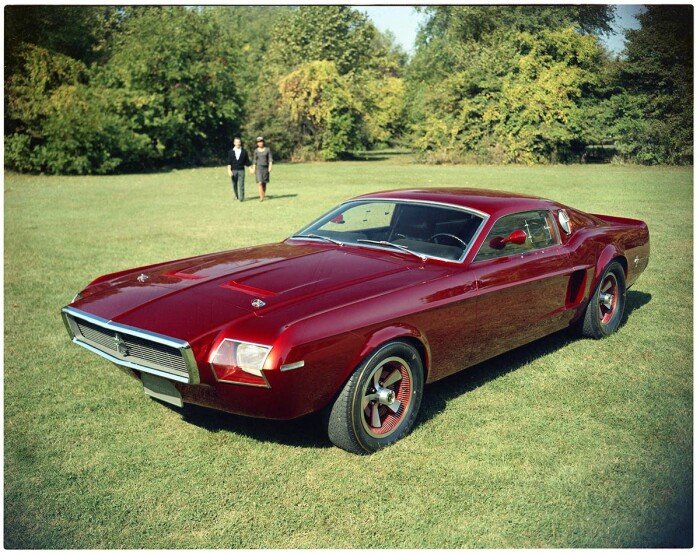 
With 50 years and five generations under its belt – with the sixth generation right around the corner – the Ford Mustang is an American icon along the lines of Coca Cola, the Dallas Cowboys cheerleaders and the Golden Gate Bridge.

You don’t mess with icons. San Francisco has never hung billboards on the Golden Gate Bridge’s suspension cables, and you haven’t seen the Dallas Cowboy cheerleaders wearing lederhosen in place of their trademark shorts and boots, have you? But Coca-Cola learned the hard way in the 1980s that you don’t mess with an icon – New Coke, anyone?

Ford has spent the last five decades cultivating the image of the Mustang as a personal car for the young and young at heart. That doesn’t mean the designers in Dearborn haven’t tinkered with the original pony car’s design. Over the decades, countless variations on the Mustang’s form have been explored in design studies and concept vehicles, generally in the development of next-generation models.

By definition, concepts and design studies are intended to explore design themes, push boundaries and elicit opinions. During a vehicle’s development, design studies help refine the final form and details, while auto show concepts suggest where a vehicle’s design can go – and often, they preview a theme or proportion for the next generation.

And while seemingly driven by a clear vision of its purpose and place in the automotive world, the Mustang has endured the same trial-and-error design process of all other cars, with sometimes outlandish results, such as four-door and sport-wagon iterations. Views of early design studies, prior to its 1964 introduction, reveal the concept of a personal coupe was well-established, but its form underwent fundamental changes that pushed within a year of its launch.

We’ve collected some images of Mustangs that made it off the drawing boards into full-size clay models or even drivable concepts seen at auto shows. Some blessedly never made it past the design study stage, while a couple of them would have certainly given the Mustang lineup some extra oats.

Indeed, the flirtations with extreme concepts and alternate body styles add to the folklore of the car, but production models have remained true to the essence of the original Mustang introduced half a century ago.

Like we said, you don’t mess with an icon.

This 1962 design concept for the Mustang was dubbed Allegro and has the vibe of a Falcon that spent a couple of semesters studying in Europe. Although there are no characteristic Mustang design cues to discern, it did introduce the basic long hood/short deck proportion that would become not only a hallmark of the Mustang, but the entire “pony car” genre.

An earlier Allegro design study – originally named Avanti, but changed because of the Studebaker model – showed a much more European-influenced theme, but was still proportioned for the Falcon platform on which the Mustang would be based. Oddly, the original design sketches for the car showed a rearward-facing rear seat.

he production Mustang’s design is about 90 percent in this design-study clay model, but it shows a couple of important distinctions: Rectangular headlamps from the European Ford Taunus, which look pretty good, and a cougar grille emblem. It was a working name that came this close to being official.

The right side of the Cougar model shows alternate body-side styling without the iconic C-cove. Check out the taillights, too, which definitely carry the overall design of the production parts, but were probably more expensive to produce as separate elements.

Yep – Ford tinkered with a four-door Mustang. It certainly wouldn’t have conveyed the youthful, sporty spirit of the two-door. Fortunately, it never saw the light of day.

A two-seat version of the Mustang was considered, even as the car was going into production (check out the April 1964 date on this clay model). The proportions didn’t look so great, so it’s probably a good thing this version didn’t get past the design studio.

This early-1963 styling concept of the fastback shows Ford was intrigued (worried?) about the then-new Corvette Stingray’s split-window design. They quickly worked a version on the Mustang, but it simply didn’t have the flow or presence of the Corvette, which ironically abandoned the cue after only one year.

The Mustang sport-wagon concept from 1966 looked better and made a lot more sense than the earlier four-door design exercise. Shown is a clay model from the styling studio, but Ford reportedly built at least one running prototype. Note the unique headlamp buckets, too. Designers would revisit them with the 1974 Mustang II.

Developed as an auto-show preview for the 1968 Mustang, the Mach I concept actually had two distinctive appearances. The original had pointed headlamps, much like the 1963 Mustang II concept (it’s the lead photo shown at the top of the story), while a more conventional, production-style nose replaced it during the year. The car also pioneered a true hatchback design.

Another auto show special, the 1970 Milano featured the hood and fenders used on the 1969-70 Shelby models, along with a chopped and more radical fastback design that previewed the coming proportions of the 1971 Mustang Sportsroof.

Work on the second-generation Mustang was well underway in 1971, as this design concept for the 1974 Mustang II shows. The front-end styling clearly carried through from early in the development process, but the rest of the body received considerable refinement.

Ford showed this Targa-styled version of the Mustang II as a show car prior to the introduction of the production models. It was called Sportiva II and the unique styling definitely gave the car a sportier silhouette.

This box on four wheels was an early design concept for the third-generation Mustang – the cars colloquially known as Fox-bodies, because of Ford internal designation of their underlying architecture. Thankfully, this one didn’t get far in the development process.

Another boxy Fox-body was this formal-styed coupe, which looks like a Fairmont-ized version of a mid-1970s Granada. That’s not exactly a compliment, either.

The sport wagon theme was resurrected again during Fox-body development, but again, it didn’t get far. The 1966 model had much more flair. This one, with its faux-wood styling couldn’t have been taken seriously as a Mustang.


Getting closer. This 1976 design concept shows the basic proportion that would become the 1979 Mustang, but there was still quite a bit of work to give the car a sleeker, more European-influenced character.

Designed by the Italian Ghia studio, this “RSX” concept was intended as a rally special based on the Fox-body architecture, but its track was an inch wider and the wheelbase was about 5.5 inches shorter.

Of all the Mustang concepts that didn’t go into production, this one did: The 1989 Ford Probe. Designed originally to be a high-tech replacement for the Fox-body upon its 25 anniversary, Ford had to rethink its positioning when word leaked of its front-wheel-drive/four-cylinder-only layout. That meant the Fox-body Mustang would carry on while Ford quickly developed a rear-drive successor and introduced the front-drive car as the Probe.

The successor to the Fox-body was known internally as the SN95, but it was still based on the Fox architecture. A number of design iterations were considered, some too soft and others, like this one – dubbed “Rambo” – too extreme. The “just right” design debuted as the 1994 Mustang.

Advertisement
×
Mustangs That Never Were 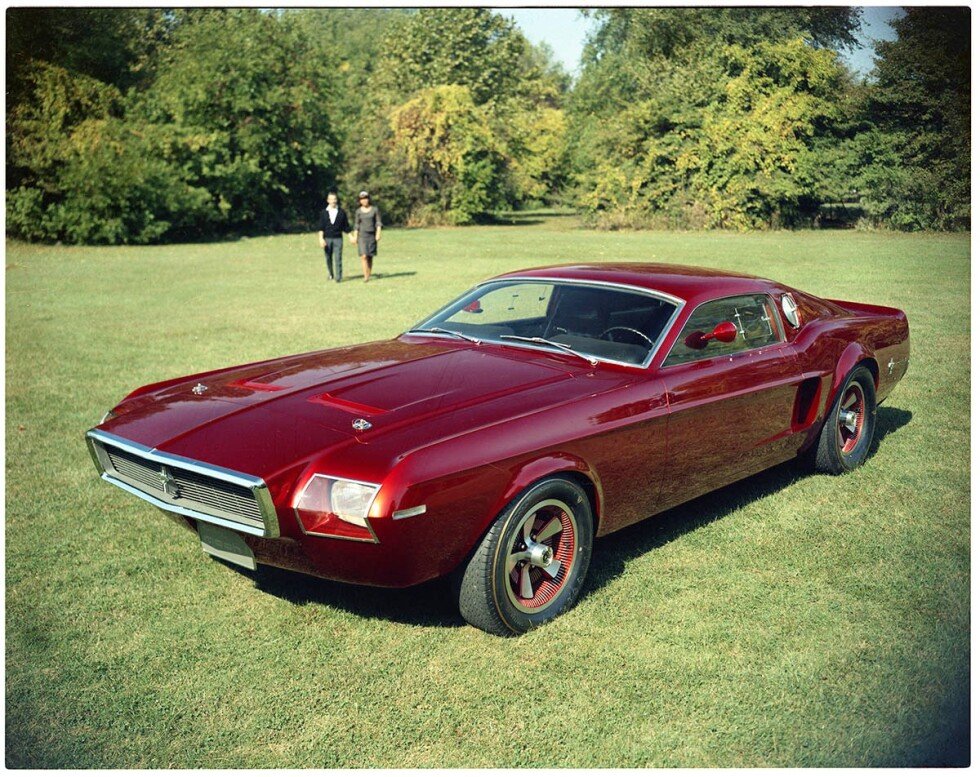