How to Speak Fifties 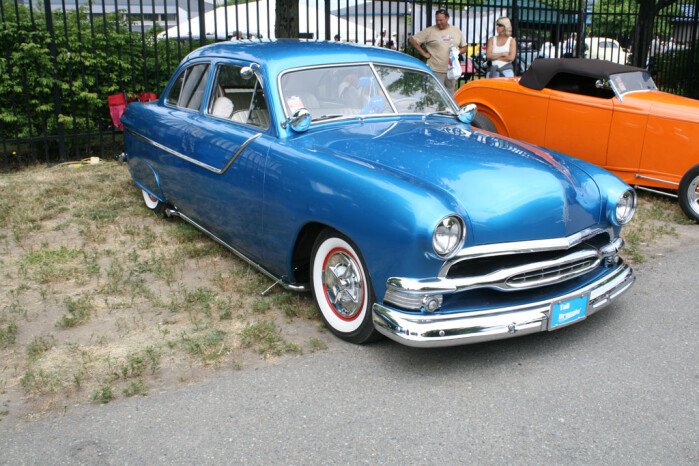 Special interest groups and hobbies tend to develop their own unique words and phrases. This is also true of specific eras or cultures. Someone not familiar with that time or activity could have difficulty understanding the lingo. Terms are often contrary to their commonly accepted definitions (e.g., when bad actually means good). The hot rod/custom car culture is loaded with unique terms, as was the whole Fifties pop culture scene.

This Fifties lexicon is presented as a means of gaining a general understanding of the car, music, TV, and youth scene that emerged in 1950s America. Some terms have regional variations, but if you master these words you won’t sound like a Poindexter or total square.

A Bomb: Atomic bomb, a cause of much fear and concern.

Barris, George: King of the Kustomizers.

Beehive: Women’s hairstyle where the hair is wrapped high on the head.

Big ’n’ Littles: Street rod tire and wheel combination where the rear tires are considerably taller and wider than the front tires.

Boneyard: An automotive wrecking yard or junkyard. Also, a cemetery.

Bongos: Bongo drums; a small, connected pair of drums played by beatniks and often displayed on the package tray of custom cars.

Brylcreem: Popular men’s hair product promoted by cartoon characters with tag lines “A little dab’ll do ya” and “Watch out, the girls will love to run their fingers through your hair.”

B-Side: The backside or non-hit song on a 45rpm record.

Candy Apple Paint: A translucent topcoat that allows the undercoat (usually gold or silver) to shine through for greater depth and brilliance. Originally red but expanded to include other colors.

Carhop: Waitress at a drive-in restaurant.

Channeled: The process of raising the floorpan so the body can be lowered over the frame rails.

Chick: An attractive female, or a general term for a woman.

Cold War: Tension between the Soviet Union and the United States based on ideological and political differences.

Cruisin’ for a Bruisin’: Looking for a fight or trouble.

Custom: A modified car where style is more important than performance. Most custom cars are vintage 1949 and newer. Sometimes spelled with a “k,” as in “kustom.”

D-A or D.A.: Men’s hairstyle pointed at the back of the head to resemble the rear view of a duck. Also known as a ducktail.

Daddy-O: A general greeting; a positive term for a friend or acquaintance, usually male.

DJ (or Dee Jay): Disc jockey, a person who played records on AM radio.

Dibs: To claim something.

Dig it: To understand or approve.

Fink: An undesirable person, a snitch, a tattletale; someone who isn’t cool.

Flathead: A valve in block engine design that makes for very thin or “flat” cylinder heads. The term is most commonly applied to 1932-1953 Ford V-8s.

Flat-Top: Men’s crewcut hairstyle where the hair on top of the head stands straight up, usually aided by butch wax.

Fordillac: A hopped up Ford with a Cadillac V-8 engine.

Frenched: Any body part that is normally separate, but has been molded to the main body. Frenched taillights are molded to the body rather than bolted on.

Full Fendered: A hot rod with its original front and rear fenders, plus running boards.

Going Steady: In a committed relationship.

Hemi: Short for hemispherical, the term refers to Chrysler V-8 engines with spark plugs in the center of the cylinder heads.

Hula-Hoop: A popular toy/exerciser approximately three feet in diameter and made of plastic by the Wham-O Corporation. Users spun it around their gyrating hips.

I-beam axle: A solid front axle with an “I” cross-section profile.

Lay Rubber: Spin the rear tires so as to leave rubber on the pavement.

Louvers: Air vents stamped into steel panels such as hoods and deck lids.

Pink Slip: A car’s title or registration. In California, the owner’s copy was pink.

Poindexter: An overly serious student, not one of the cool kids. A nerd.

Pound: Beat up; to harm someone in a fight.

Real Gone: Crazy, in a good way. A term of admiration.

Rumble Seat: An auxiliary seat under the deck lid of a roadster or coupe. The deck lid is bottom-hinged with a seat cushion attached to the lid.

Running Boards: The flat section of metal between the front and rear fenders.

Sectioned: When a horizontal band of metal is removed from the midsection of a body to lower the overall height of the vehicle.

Small-Block: A smaller displacement (generally 400ci or smaller) V-8 engine. The term most often refers to Chevy engines, but can apply to other makes.

Sock Hop: A dance, usually held in a school auditorium, where shoes weren’t allowed in order to protect the wood floors.

Spaz: An uncoordinated person. A term of derision.

Split Wishbones: Early Ford front axles were located with a triangular “wishbone” brace. A hot rod trick was to cut or split the wishbone and move the mounting points outside the frame rails.

Steady: A committed boyfriend or girlfriend.

Submarine Races: Parking in a car for the purpose of making out.

Suicide Doors: Rear-hinged, forward opening doors that were prone to blowing open (before the advent of modern safety latches).

Three-On-The-Tree: A three-speed manual transmission with the shifter mounted on the steering column.

Woodie: A vintage station wagon with a body made out of real wood from the cowl back.

Advertisement
×
How To Speak Fifties 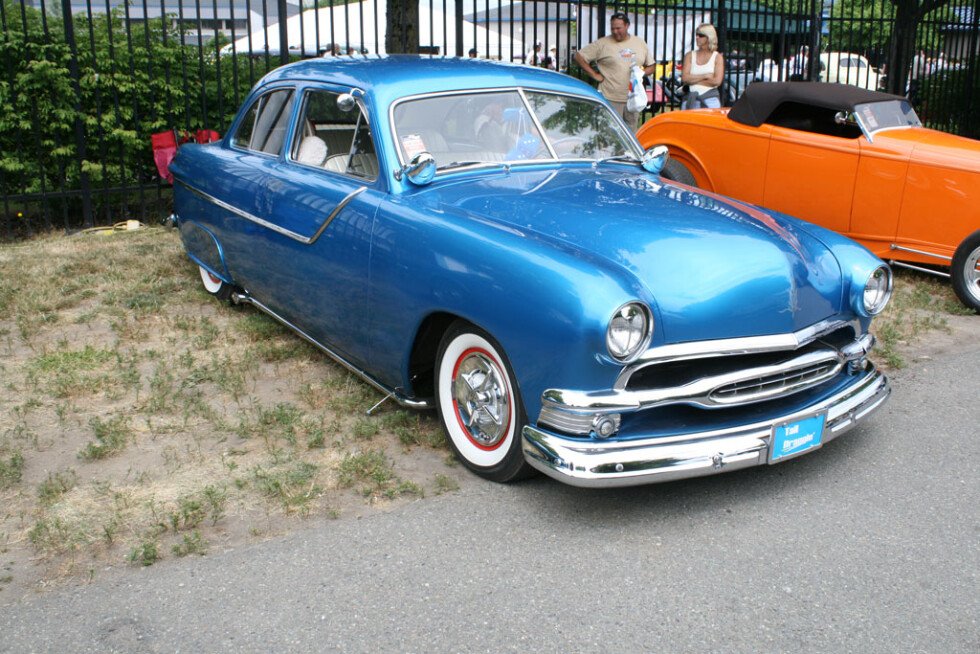