How To Choose Springs For Your Next Hot Rod Project 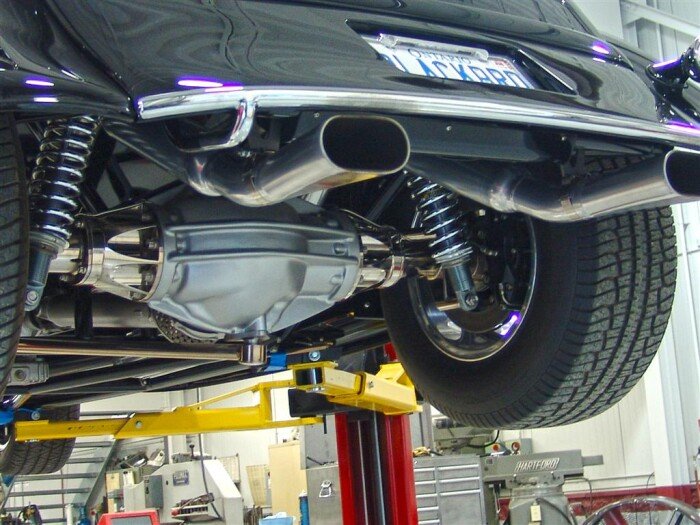 When it comes down to it, your vehicle's suspension has a pretty tough job. It has to cushion the occupants from road shock, as well as maintain the optimum balance of handling and directional control. And among the components that make up the suspension system, the springs have a pretty tough job, having to maintain ride height while absorbing energy transmitted from the wheels over varying types of surfaces.

During the course of automobile history, there are three main types of springs that have been employed for suspension use (we won't include rubber or hydro pneumatic systems in this article as their relative complexity deserves a separate topic), each with its own inherent strengths and weaknesses. And when it comes to building a hot rod, choosing a specific spring will have a major effect on how the vehicle behaves out on the open road.

Leaf springs were fitted to horse-drawn carriages, and when self-propelled vehicles came along, they found their way underneath most cars. They were in widespread use through the 1940s but were slowly phased out in favor of coil springs on most automobiles. Today, their use is generally restricted to pickup trucks and larger commercial vehicles. Leaf springs consist of a long piece of flexible material (the main leaf - usually steel) that is rolled at each end to form an eye where it connects to the vehicle structure via hangers or shackles. This main spring usually has a number of additional leaves mounted to it above and below (usually by clamps). In order to maintain constant resistance (energy) across the length of the spring, these additional leaves are of varying lengths (the longest closer to the main leaf, the shortest farthest away). A pair of rebound clips mounted over the leaves toward each end is designed to transmit stress from the upper to the lower leaves after the suspension is compressed and begins to return to its normal position. A rubber stop is often mounted above the axle to prevent frame damage when the spring is fully compressed.

Leaf springs became popular because they are cheap to manufacture, strong and easily adjustable to suit specific loads and requirements. By altering the length, width and thickness of the leaf, along with the number of leaves, it is easily possible to change the amount of resistance, which alters the ride and handling qualities of the vehicle to which it is attached. Leaf springs are also used because the spring acts as an additional link for the suspension, much like a control arm.

For the purpose of hot rods, many cars built in the 1920s through the early 1940s (particularly Fords) used a single transverse leaf spring on each axle, shaped in the form of a yoke, which formed the upper link on the solid beam dropped front suspension, and live rear axle that linked the left and right wheels. In these cars, the transverse springs were also designed to act as a damper, dissipating energy to prevent excessive bouncing. The design was simple and strong, allowing for sizeable wheel travel. This made it ideal for coping with rough, uneven roads, common in the first half of the 20th century.

US-market Ford vehicles used transverse springs all the way until 1948, while several other manufacturers continued to use them afterwards, notably Chevrolet and European automakers Fiat and Triumph. However, their ideas were slightly different than Ford. In this case, a single, transverse-mounted spring represented a cost- and weight-effective method of utilizing a fully independent rear suspension. This is because the spring, with a solid center mount, actually operates like two independent "quarter elliptic" springs, aiding wheel control and supporting the lower links. Many early leaf springs required periodic maintenance by spraying penetrating oil between the leaves. In more recent years, the advent of springs with fewer leaves, low-friction inter-leaf plates and synthetic rubber inserts have rendered this procedure obsolete. Although originally manufactured from high carbon steel, today, most leaf springs are made from alloy steels like silico manganese and, increasingly, composite or plastic materials. Since 1980, Corvettes and several other cars have used composite transverse leaf springs, which have demonstrated remarkable longevity with few reports of fatigue.

Longitudinally-mounted leaf springs are far more common, especially on the rear suspension of many cars built from the 1940s through the 1980s. These springs, mounted parallel to the vehicle's frame or wheel on each side, have the advantage of spreading the weight of a carried load over a greater area of the vehicle, one reason why they are still widely used in pickups and heavy duty commercial vehicles.

Disadvantages
Despite their inherent simplicity and cost savings, leaf springs also have their drawbacks. Longitudinal springs take up a lot of space, and because they're mounted directly to the frame, behind the tires, they don't offer a lot of clearance when it comes to installing bigger rims and rubber. If you're planning on building a car with a narrowed rear end and wheel tubs to accommodate wide tires, you'll likely have to look for alternatives. In addition, although the spring rates are easily adjustable, leafs also deliver a fairly harsh ride by modern standards, especially if they aren't supporting a load (think about the behavior of a pick up truck over rough roads with an empty bed).

Advertisement
×
How To Choose Springs For Your Next Hot Rod Project 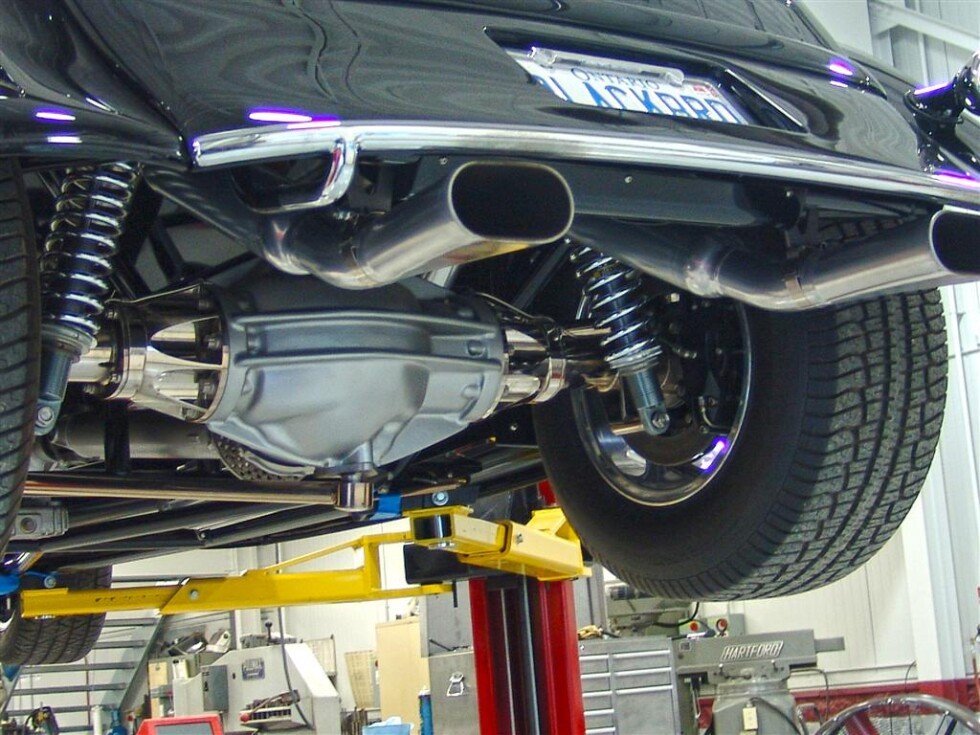