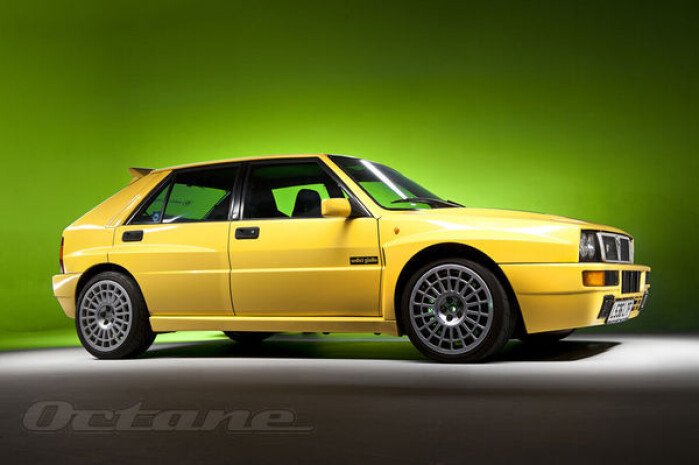 Now here’s a sobering thought. Lancia’s Delta arrived in this world a third of a century ago. Yet in its final form, the Integrale Evo 2 launched in 1993, it was thought of in the same breath as modern objects such as Mitsubishi Evos and Subaru Impreza Turbos. It was the four-wheel-drive, turbocharged, World Rally Championship aura that forged this common bond, shrunk the decades and makes some of us still think of an Integrale as an almost-modern car.

I bought my first Delta for rallying before becoming a dealer in 1988. I bought an HF and prepared it for Group N rallying, and went to town with the preparation, including body strengthening. The end result was the most successful and reliable rally car I ever had.

In 1990, the end of the second year of competing in a Delta in motor sport, we were competing in the RAC Rally. Throughout the event we were running first in the privateer class. We ended up finishing 20th overall, first in Group N. From there, the phone started ringing, and I ended up running and preparing a number of Integrales with great success. Since then we’ve become a manufacturer of our own parts for these cars and we’re now the biggest specialist in the UK, possibly the world.

Our customers range from those wanting totally standard, original, immaculate cars – and limited editions sell from £40,000, even £70,000 for the really special ones. Not so many use them for competition these days. And while any Evo you’d be happy to own will cost from £15,000, even £30,000 for a good Evo 2, usable 8-valves start at £4000 – not many people want those; workaday 16-valves start around £6000. Obviously there are bad examples out there, and the old ones can be manky – especially with corrosion – but nothing that can’t be sorted with time, patience and money.

Some customers have the impression that Integrales cost a fortune to run. But if you buy a good car, they all just have four spark plugs, brakes and parts like any other cars, and replacements aren’t expensive. They only cost a lot if you buy badly. Deltas are no worse than any other cars. They’re getting old, and they’re not as bad as people say.

But there are problems potential owners need to be well aware of, many of which are unique to the Integrale. The rear crossmember, for instance, is one of those peculiar items  – on the Evo 2 it was strengthened by double-skinning. But water gets in, meaning the later crossmembers corroded more than the early ones. People are making replacement panels now, which makes things a little bit better.

Some are rusty, and some aren’t. I picked up a 1988 8-valve, and it’s spot-on – amazing. But the secret to maintaining a rot-free Delta is to keep it garaged regardless of the weather, as condensation builds up in the box sections, setting it off rusting from inside.

And what I see is lots of people, when going to see a car, putting too much emphasis on the number of stamps in the service book, regardless of condition. My advice is simple: go with your eyes open. You can do anything mechanically, but if you don’t have a good body to start with, you’re in trouble. Check for holes around the windshield – if there are bubbles, it needs proper renovation by removing the screeen. The back of the roof also needs looking at – the tailgate has a piece of rubber that stops water running in when the hatch is opened. It rubs, removes the paint, and causes corrosion. Most cars have had some paintwork done now in that area.

You need to look in the wheelarches, especially around the rear. There can be lots of corrosion hidden from view. The panel behind the rear bumper can be bad, and the slam panel beneath the tailgate can corrode. The edges of the floor around the jacking points and the sills are often not nice, and the front corners of the chassis rails can be rust hot-spots.

As well as general rot, you hear about the bodyshell cracking. The later cars seem to be worse, and the section near the top of the A-post where it meets the roof rail can soon reveal cracks. Another area is in the footwell – here they just crack instead of rusting. This can also happen around the handbrake area as well. Fitting ultra-hard springs and dampers won’t do the car any favours, putting additional stresses through the shell.

Standard engines that have never been tuned are bulletproof. We had a lot of cambelt failures a long time ago – early 16-valves used the 8-valve cambelts, and they could break at just 12,000 miles. All the cars are on modified belts now, and the service interval for this is 60,000 miles according to Lancia, but we say half that. All in, it’s £350-400.

The transmission is strong too. We’ve seen all elements of it break – if you have 400-500bhp, you can break anything. But I did three years of motor sport with standard transmission and never had a problem. It’s all down to the driver – and every car has had several owners now.

For me, it’s the motor sport aspect that makes the Integrale so special. I’d been rallying for some years before it with Escort BDAs. I wanted something different. At the start of special stages, spectators loved the Delta. They would stop and look. You get such a buzz from owning and driving one; even now, people come up to you and want to talk about Deltas, saying how wonderful they are. When the cars were new we didn’t appreciate just how good they were – they cost £25,000 at the end. When they stopped making it I ordered ten on spec, as they were the last ones. They are just special. 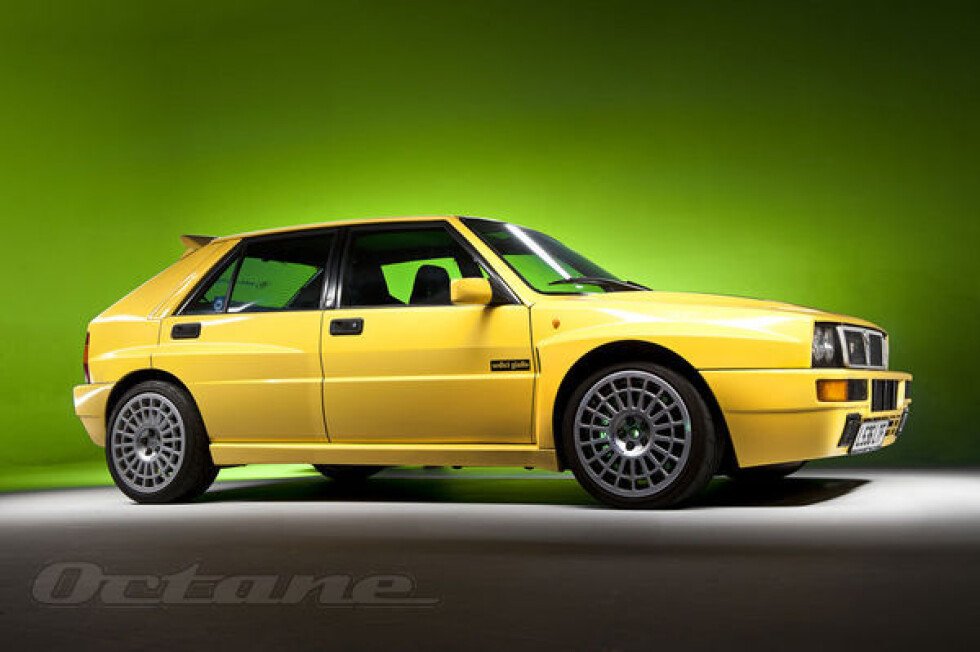