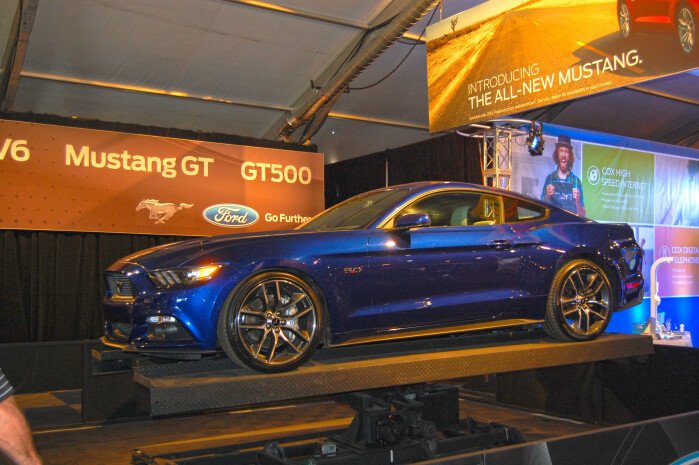 The 43rd edition of the Barrett-Jackson Classic Car Auction was bigger and better than ever. New this year was a permanent building where the auction block was located. The new structure enabled Barrett-Jackson to expand the car display and exhibitor area to add to the fun and excitement of the Scottsdale facility. The new Ride and Drive area was expanded and moved the southeast area of the complex. Ford Motor Company made good use of this area with large number of Ford and Lincoln vehicle for people to test drive. From the Ford Motor Company exhibit at the entrance to the Ride and Drive circuit, the new, expanded Scottsdale site features exhibits, eateries and cars for every automotive taste.

One of the most impressive cars at the Ford Ride and Drive was the new Fiesta ST. After one lap around the course riders could see the car’s impressive acceleration and braking capabilities. The Recaro seats held the occupant firmly in place even during the impressive cornering forces generated by the Fiesta ST. The deep mellow exhaust note of the Boss 302s and GT500s could be heard as we approached the course and foretold of an exciting time to come. Not all the Ford offerings were ultra-high performance, but were impressive none the less. The 2014 Ford Edge Sport featuring an industry first 22 inch wheel and tire combination for a crossover vehicle was smooth and quiet around the track.

As a person walks the grounds there were a number of Ford performance companies showcasing their latest products to check out. Shelby American unveiled the 50th Anniversary 289 FIA Cobra. The new edition is exactly like the five FIA 289 Cobra Roadsters built by Shelby American in 1964 to compete in this country and Europe in the quest for the World Manufacture’s Championship. During the Cobra’s press conference, both Shelby American President, John Luft and Vice President of Sales and Operations Gray Patterson explained the many features of the newest winner from Shelby American. Only 50 50th Anniversary 289 FIA Cobras will be built.

In addition to the latest Cobra the Shelby American’s exhibit included the Shelby 1000, Super Snakes and the Shelby Store with a cool collection of memorabilia.

Galpin Ford, one of the country’s largest Ford dealers, was represented by the company’s highly successful GalpinAutosports Division. Their exhibit was stocked with an impressive lineup of the firm’s performance vehicles, including; a GT500 WITH Galpin modifications, a very cool 1970s Bronco equipped to run the Baja 1000 and a 1960s Ford Econoline pickup with trick paint and performance parts.

Without a doubt the star of the Ford Motor Company exhibit was the 2015 Mustangs. A hardtop and convertible were always surrounded by a host of people checking the latest version of America’s original Pony Car. This year makes the 50th Anniversary of the Mustang and the 2015 Mustang, which will go on sale in the fall, has the styling and performance equipment to continue the Mustang’s performance image.

Each year at the Scottsdale Barrett-Jackson Classic Car Auction, Ford Motor Company auctions off a special Mustang for the Juvenile Diabetes Foundation.

This year the excitement grew on Saturday night as the first 2015 Mustang was sold for $300,000! As with all Ford charity cars, all the proceeds go to the Juvenile Diabetes Foundation.  The winner will receive the first Mustang off the line along with a special plaque signed by all the Team Mustang members.

Once again Ford and Barrett-Jackson have combined to produce a fun filled, weeklong event that has something for everyone. 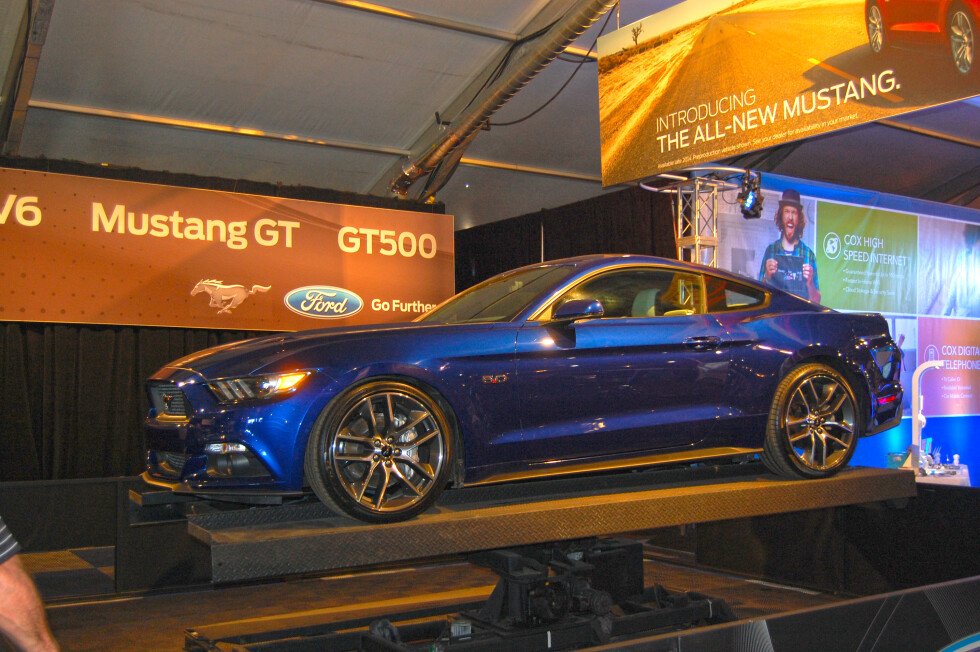