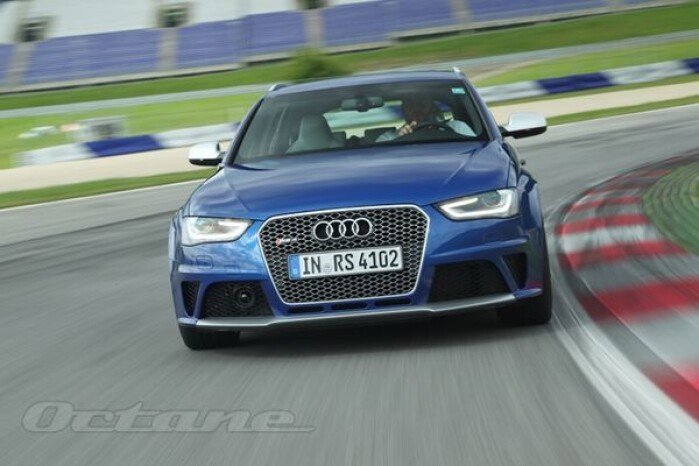 Some cars you know are going to be terrific driving machines. Others come from nowhere and bite you on the nose, such is the surprise they bring. It's 2005, and Audi has just launched a new RS4. It's a sedan, unlike the previous bearer of the name which was an wagon with a twin-turbo V6. That one was one of the more soporific ways to experience serious acceleration and a stratospheric top speed; few cars were better at sucking out thrills.

Unlike some I wasn't a great fan of the straight-five, Porsche-developed RS2 that preceded it, either. You could drive it for days and not realize it had a turbocharger, so chasmic was its lag. But I digress. R8 apart, Audi was not noted in the mid 2000s for cars a driver could really love, although the V8 RS6 showed some off-message promise. It had suspension with pipes interconnecting diagonally-opposite wheels via damper valves designed to counter pitch and roll by closing the valves when needed, and the 2005 RS4 inherited this so-called Dynamic Ride Control.

That RS4 also had the V8 engine shared with the R8, a madly-revving thing of 4.2 short-stroke liters and 420bhp. Plus a manual gearbox. It was a total hoot, with a sound like a Weslake-head GT40 and handling so interactive that Audi's mainstream chassis engineers must surely have been extraordinarily rendered somewhere far away from Quattro Gmbh's Neckarsulm base come sign-off time.

So that was then. This is now, and we have a new RS4 which – like the RS4 Mk1 and the RS2 – is available only as an Avant wagon (the previous RS4 came eventually as sedan, wagon and convertible). The reason for no sedan this time is the existence of the RS5, a car which undid much of the '05 RS4's good work by feeling simultaneously rock-hard and stodgy, an impressive achievement and a worrying return to form.

This new RS4 uses the drivetrain layout introduced with the A5 and carried on with the current A4, which places the driveshafts between the engine and the clutch to reduce the front overhang. This means that the underpinnings therefore mirror the RS5's, and that there's no longer a manual gearbox because none strong enough fits the new configuration. It's seven-speed double-clutcher only, which has the marketing benefit of greatly improving the official CO2 figure (now 249g/km) thanks to the long seventh gear and the ability to choose its own gears during the tests.

Armed with all this information, you would be right to worry that the magic has deserted this new RS4. This is despite the two facts that the V8 now has 450bhp at 8250rpm (also the rev limit), and there's a 'sports' rear differential which diverts torque to the rear wheel with more grip rather than braking the one with less. Other RS4 ingredients are carried over, such as enormous front brakes with eight-piston calipers, flared-out wheel arches to cover hefty wheels (19in standard, 20in optional, in both cases a 1in increase), and a four-wheel-drive torque split which, most of the time, sends 60 per cent of effort rearwards.

Well,  you need worry no longer. The RS4 is every bit the car we hoped it would be. You want to avoid setting the Drive Select to Dynamic on the road, because the ride becomes much too hard, but in Auto, and indeed Comfort, it has much the same blend of suppleness and precision that made the previous RS4 so unexpectedly brilliant. Or you can switch to Individual, set the suspension to comfort and all else to Dynamic (steering, exhaust note, throttle response etc) and discover a very pleasing combination.

Apparently the RS5's recent facelift has the same settings as the new RS4's, so it, too, should now be a proper driving machine. That means it, too, should communicate with subtle assertion through the steering (an electrically-pumped hydraulic system), grip hard and prove wonderfully steerable on the throttle in a way hard to credit in an Audi. On the former Osterreichring, now the Red Bull Ring, the RS4 proved hilariously slideable on the rain-and-rubber-coated surface (the legacy of the previous weekend's DTM round), and very easy to catch.

Very fast, too; with all that revvability the RS4 devours the sweeps and straights, shifting up in an instant to the accompaniment of a bass blatter and down with a particularly flatulent blip. This applies whether in paddleshift or automatic mode. Revved to the heavens the V8 sounds uncannily like a current F1 engine unleashed far away but, strangely, the new car's vital pace figures are no better than the old one's despite more power and quicker gearshifts. Still, few would complain at 4.7 seconds to 62mph. Top speed is limited to 155mph, but a upsell blast of computer reconfiguration raises that to 174mph should you feel the need.

That option probably isn't essential, but the Sport Package is worth having. This includes the DRC (standard on the old car), a sports exhaust, the bigger wheels (which don't seem to ruin the ride) and Dynamic Steering, which quickens the rack at lower speeds or further on lock. In Drive Select's Dynamic mode the steering is kept at the quick ratio, making it usefully more wrist-flickable than the regular system without becoming artificially darty or synthetic-feeling.

In essence, then, this is the previous and excellent RS4 reincarnated for a world seven years older, and it works very nicely. Rivals are BMW's M3 and the Mercedes-Benz C63 AMG, body-style variations notwithstanding, and the price of £54,925 reflects that. Personally I'd prefer it to have kept a manual transmission, but that's becoming a losing battle. Whatever, as far as the RS4 is concerned it seems good lightning really can strike twice 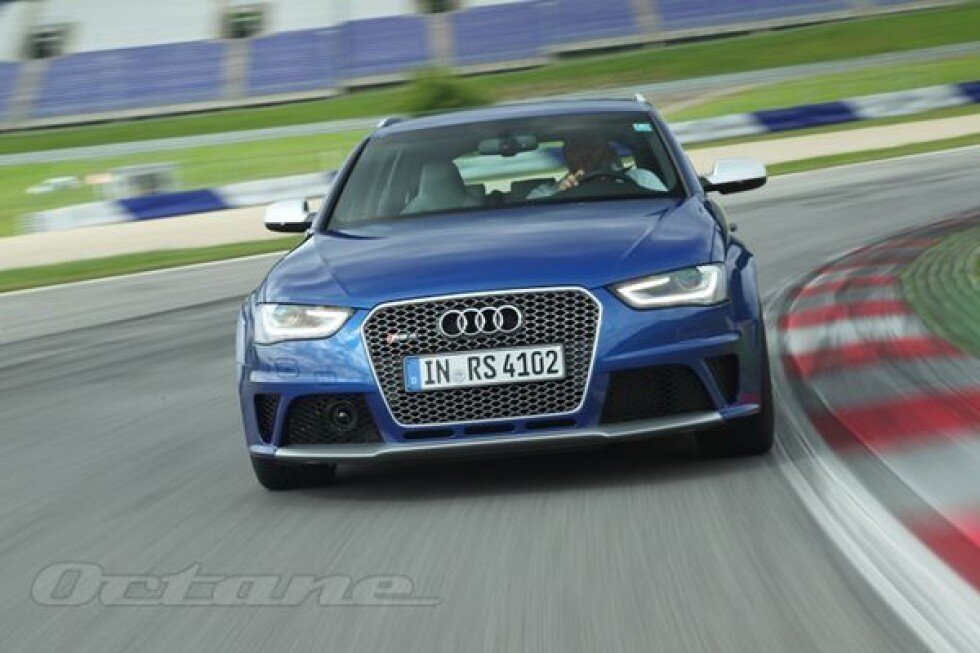