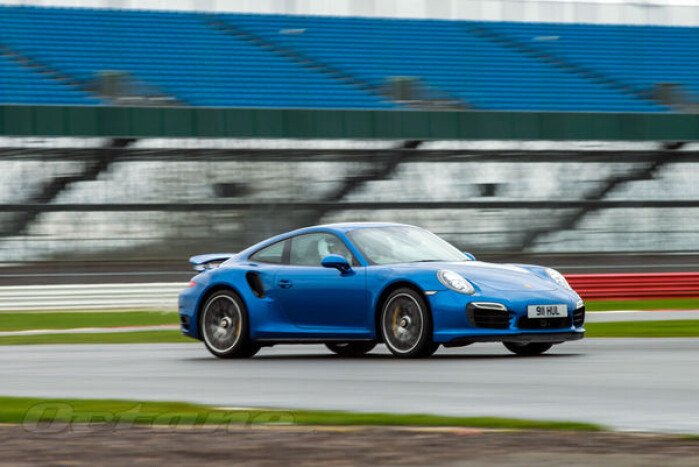 Porsche’s people let us loose at Silverstone, a thrillingly technical track if not one that offers much of a pleasing vista through the windscreen. Still, learning lines on a horrifically wet day is diverting enough, and the Turbo S – sleek and bespoilered, looking far more supercar than ‘mere’ sports car – offers quite a sense of occasion. Two lessons learnt: it feels as fast as the figures suggest and, despite four-wheel drive and generally less of a nose-light feel than we’re used to with 911s, can easily be made to travel tail-first.

Even so, a hugely quick 911 with power-assisted steering and PDK transmission on a smoothly surfaced track comes over all a bit Playstation (other consoles are available) in these circumstances. Despite the enormous privilege of playing where the likes of Lewis and Sebastien spend their working days, I couldn’t wait to get out on the open road. Another lesson learnt: the Turbo S feels even quicker in the real world.

There are seven gears to play with (push either of the left or right spoke-mounted switches for up, click towards you to downshift) and a 7200rpm redline that seems low (well, compared with a 458 Italia’s 9000rpm) but barely matters as there’s such a spread of sheer oomph all the way from the bottom end of the clock.

On the twisty B4525, the Turbo S is easily the fastest method I have ever experienced of covering the distance between two points on the ground. It is staggeringly and addictively rapid. Accelerate out of a corner and – BOOM – you’re down the road and into the next. It rides decently too, firm and well-controlled but pliant and elastic rather than jarring. Only over a series of medium-frequency undulations does the tautness cause any discomfort. Clearly the Sports setting for the dampers is best left for the track.

There’s less obvious sense here than in older-generation 911s of the rear-mounted position of the engine. Apart from the fact that you don’t hear it very much (as it starts to growl its crescendo, you sort of leave it all behind), the engine might as well be ahead either of you or the rear axle, so benign does the car feel in most circumstances. As for the machinations of the four-wheel-drive system, you can’t really tell how much work is being carried out on your behalf (although it quickly sorts you out if you slide…) by feel, but you can view the torque ratio in the multi-tasking info screen to the right of the tachometer. How often and how hard those front wheels work might surprise you.

Build quality, finish, the driving position, general ergonomics are all standard-fare 911: in other words, mostly excellent, though the switchgear and display for the air-con are a bit fiddly and mean. Lower-range 911s could teach the Turbo S something though: if you crave tactility, this isn’t the car for you. Maybe that’s because it is just so capable that ordinary human speeds – and twisting British roads – simply aren’t stretching it enough.

The speed thing is an enormous talent, granted, to the extent that the sheer forces involved and the epic smileathon that ensues from spanking it one through corners actually left me feeling a bit nauseous. Something I’ve never stated before in a road test. But I would happily have traded some of that power for a bit more intimacy at the wheel and the interactivity of a standard 911’s manual transmission. Simple pleasures, more of the time. 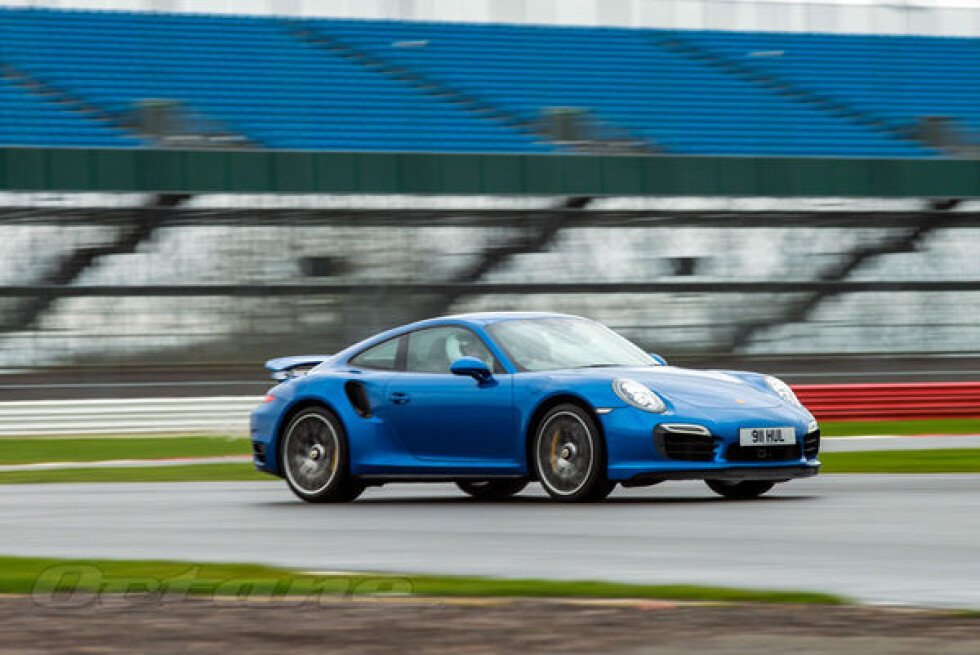