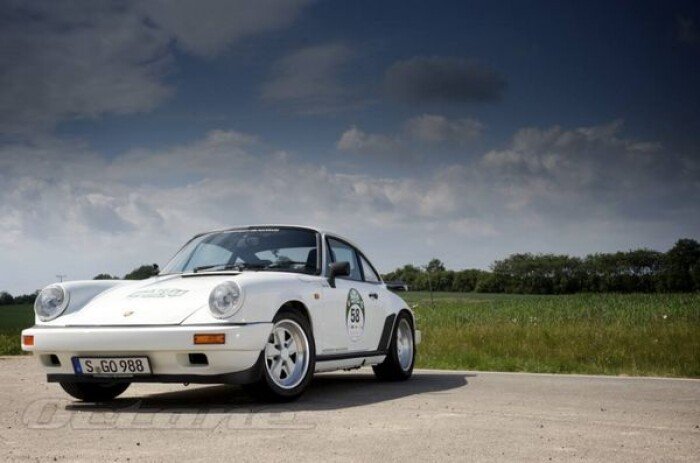 Rauno Aaltonen seemed surprised to see me at Gross Dolln, the rather spooky former Russian bomber base of Cold War days, deep in the Brandenburg woods and just 50 miles from Berlin. I was even more surprised to find Rauno there, among the concrete bunkers near the 2.5-mile runway, which was the setting for our lunch stop on the last day of the Hamburg-Berlin Klassik rally.

Friendly as ever, Rauno wondered why I was driving in a German regularity rally. The truth was that it was the only chance I would ever get to drive the unique 1984 pre-production prototype Porsche 911 Carrera Clubsport. Until a few weeks before the rally I had been unaware of the existence of this most intriguing and important car, and I had accepted the invitation from the Porsche Museum instantly. That was my excuse, but what on Earth was he doing there?

Rauno, of course, was driving a Mini. As one of the superstars who won the Monte in a works Mini (and much else besides) back in the 1960s, Rauno's work these days includes travelling the world as an ambassador for the modern Mini brand. Even so, it did seem odd that one of the quickest Mini men in history was doing a regularity event such as this.

He looked serious. 'The Halda in my car isn't working properly,' he said. 'It makes it really difficult on the tests.' I laughed. 'You're getting sucked into this regularity thing,' I said. 'You really should watch out for that.' Competitive habits die hard, however, and it's not possible to stop yourself from having a reasonable go at them, however daft they may seem.

We had all arrived in Hamburg for the start of the rally on the very evening during which the infamous Hamburg E. coli outbreak hit the news. We knew nothing about that as we all tucked into a good meal, including plenty of salad, at the rally welcome reception in Hamburg's famous old fish auction hall.

That afternoon I had enjoyed my first drive in the pre-production 911 Clubsport. The production version, produced in 1987-88, has always been one of the most significant models in the long story of the 911, not so much for its technical specification as for the fact that it appeared at all. For at least a decade, 911 fans had been worried that their favorite car was about to disappear. For one thing, we had feared that rear-engined cars would fail crash tests, but, to our great delight, that was turning out to be the exact opposite of the truth.

Slowly, faintly, hope was beginning to return. The fabulous 911 was proving just too good to fade away and the very appearance of that Clubsport, with lightened specification, slightly tweaked engine and sportier suspension, indicated Porsche's renewed faith in the future of its rear-engined classic.

Even so, in his book The Porsche 911 Story, the late Paul Fr 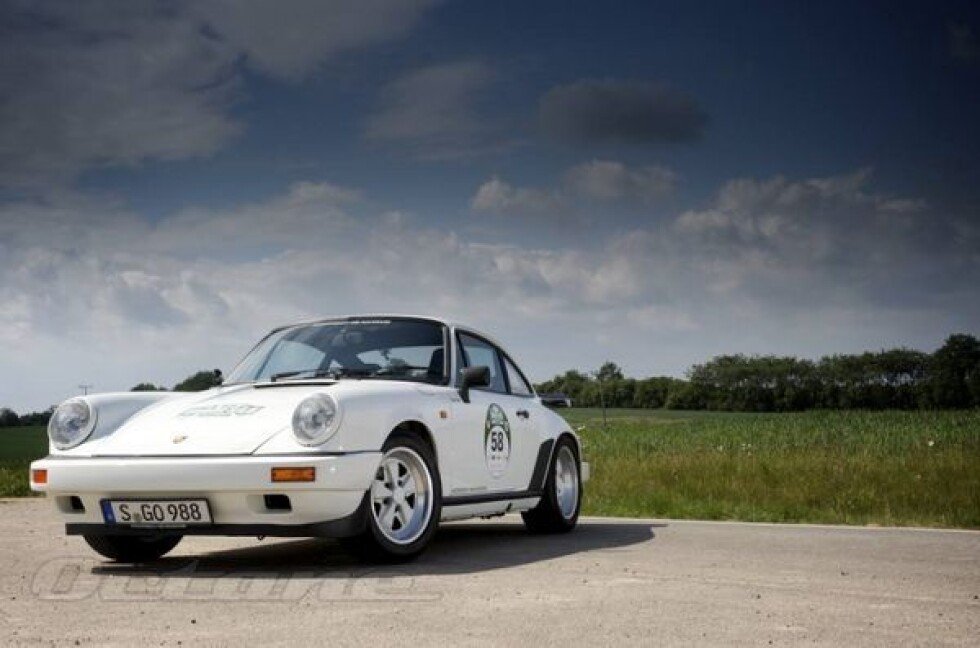