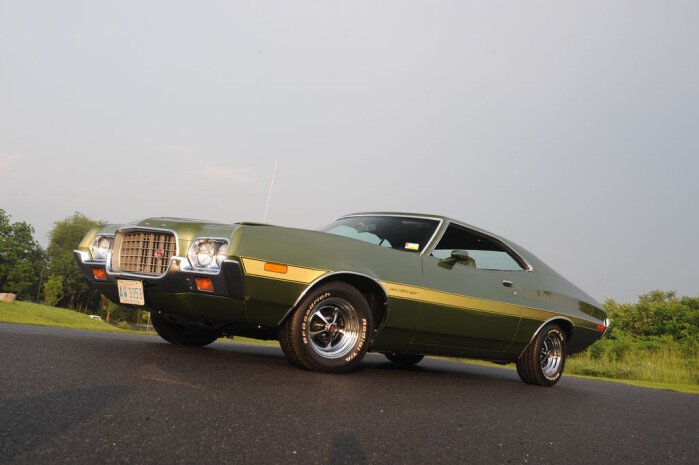 
The original muscle car era was rapidly winding down by 1972, but there were still several fine, if somewhat detuned, offerings. The uniqueness of 1972 muscle cars makes them as interesting as their quicker forbearers.

Ford’s Torino line was restyled for 1970, resulting in one of the more handsome models of the era. The cars were considered intermediates, but they were plenty big. Engines were still huge, up to 429 cubic inches. The CJ versions were offered in Ram Air and non-Ram Air versions, with both of them rated at 370 horsepower. The top engines returned for the mildly revised 1971 Torino (grille and trim), but by 1972, the big inch, big horsepower engines were history. The change to SAE net horsepower ratings didn’t help things, but lower compression ratios were also to blame.

In 1972, the Torino GT became the Gran Torino Sport, which is the model name for the beautiful example featured here, owned by Anthony Lularz. The 1972 Torino was restyled, although it still had a strong resemblance to the 1970/1971 body. The most notable difference is the small grille, which is somewhat reminiscent of the popular 1970-1973 Camaro Rally Sport styling. This one-year grille treatment is a favorite of many Seventies Ford enthusiasts.

Unique features on the 351 CJ included a special intake manifold with a Motorcraft 750 cfm carburetor, a special camshaft and valvetrain, four-bolt main bearings, and dual exhaust. The 351 CJ was the only Torino that could be equipped with a manual four-speed transmission. That rare combination is present in the feature car. A Hurst shifter resides in the center console.

Gran Torino Sports all came with the handsome hood scoop, but only the rare Ram Air models were functional. The bold reflective color-coordinated laser stripe (optional) and Magnum 500 wheels contribute to the car’s handsome styling.

The 1972 Gran Torino Sport is a uniquely-styled, distinctive muscle car that, while not the last of the Torino line, certainly serves as a bookend to the era of great Torinos. 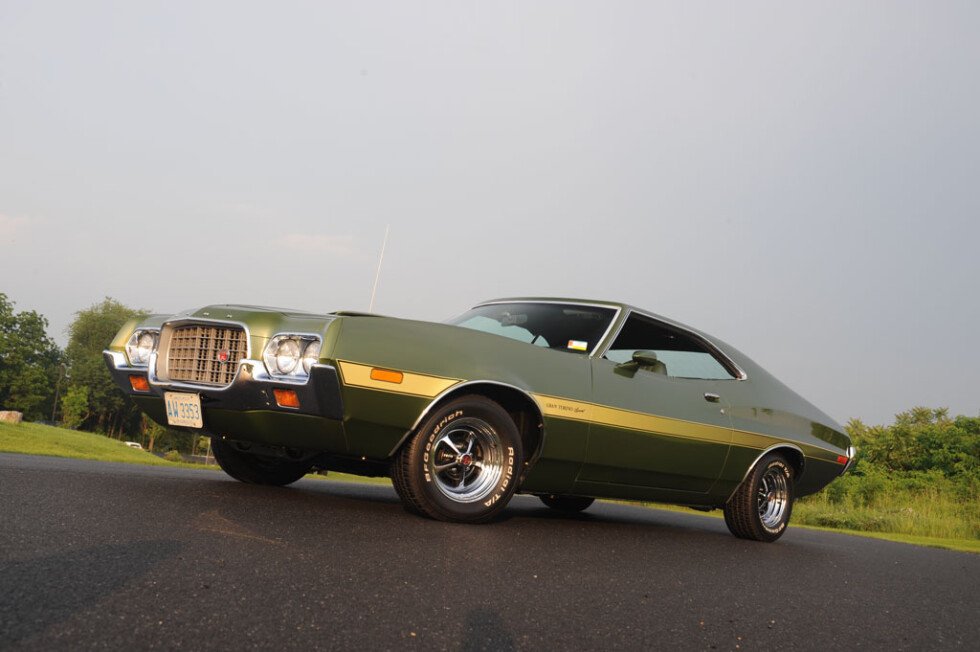