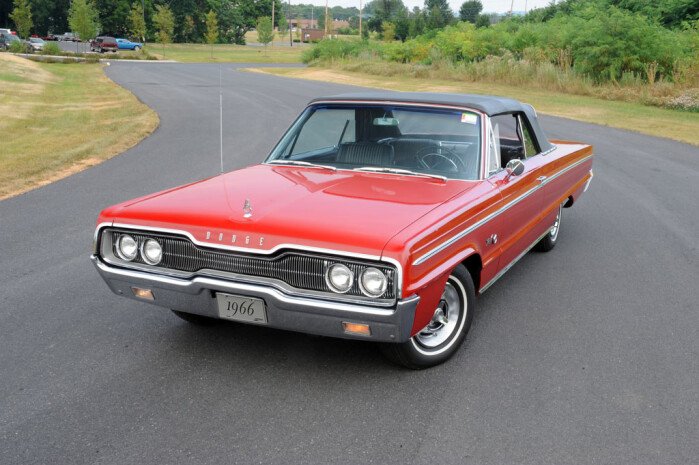 
Mopars of the Sixties spanned a wide design spectrum. Throughout the entire muscle car era, the Chrysler Corporation was known for outstanding engines. Their styling department was the leader of the “dare to be different” school of design. That resulted in some tremendous hits, some flops, and some ambivalent designs. Regardless of your stance on aesthetics, you can’t say Chrysler stylists weren’t bold, innovative risk-takers.

The early Sixties saw the most daringly different designs (besides the super wild winged wonders – the 1969 Dodge Daytona and the 1970 Plymouth Superbird). The mid-Sixties were transitional, and the later Sixties were World Series-quality grand slams.

The 1966 Dodge Polara 500 is one of those transitional cars. It was more boxy than the wildly sculpted early-Sixties Dodges, but not quite as rectangular as some of the 1966-1967 Dodge Coronets. The “C” body Polara was slotted above the “B” body Coronet. It was marketed as a luxury car with a sporty flair. The Dodge Polara 500 was positioned as a competitor to the Ford Galaxy 500 and the Chevy Impala, but it hasn’t received near the collector attention. That’s good for affordability, if perhaps bad for egos.

The Polara rode on a 121-inch wheelbase, while the Coronet used the shorter 117-inch wheelbase. The Polara 500 was very similar to the Dodge Monaco 500. Fullsize Mopars shared common engines and transmissions. That’s one of the biggest pluses to these relatively uncommon cars. A stalwart 383-cubic-inch powers Robert Solt’s handsome red 1966 Dodge Polara 500, seen here. Robert’s Polara has the TorqueFlite automatic transmission.

The 383 was the foundation engine for the legendary Road Runner. It was essentially the base high performance engine for Mopars, the little brother of the mighty 440. The 383 didn’t have the glamour or prestige of the 440 or the Hemi, but it was (and is) a great engine.

The spacious Polara 500 interiors came standard with bucket seats. Looking inside, a viewer will see many familiar trim items, such as the center console and various switch gear, that was also used on later Dodge products.

Outwardly, the Dodge Polara 500 gives off an air of luxury, but thanks to its nearly unbeatable Mopar performance drivetrain, it has the heart of a muscle car. 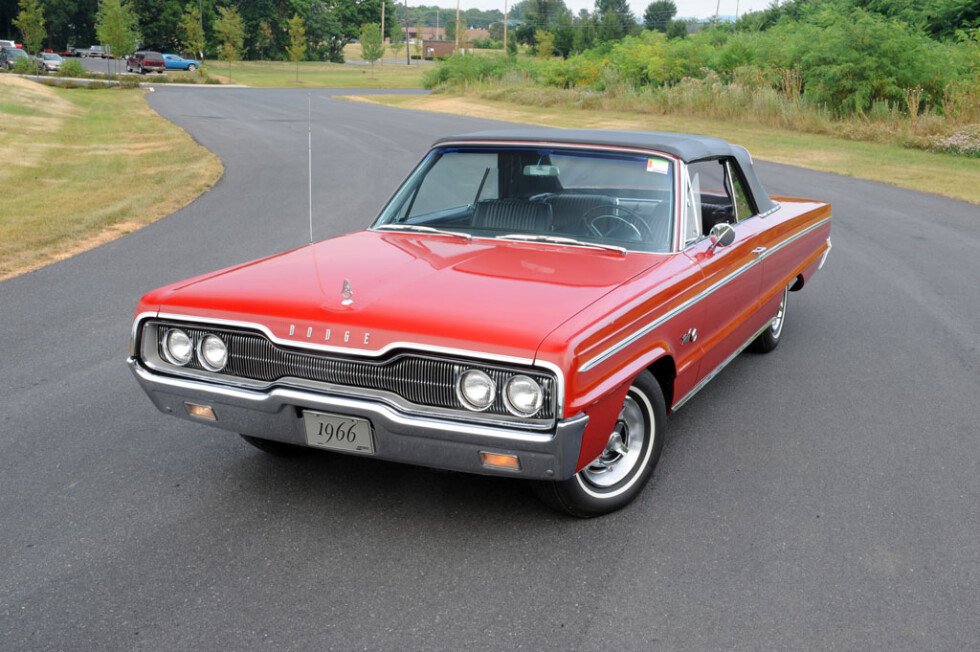