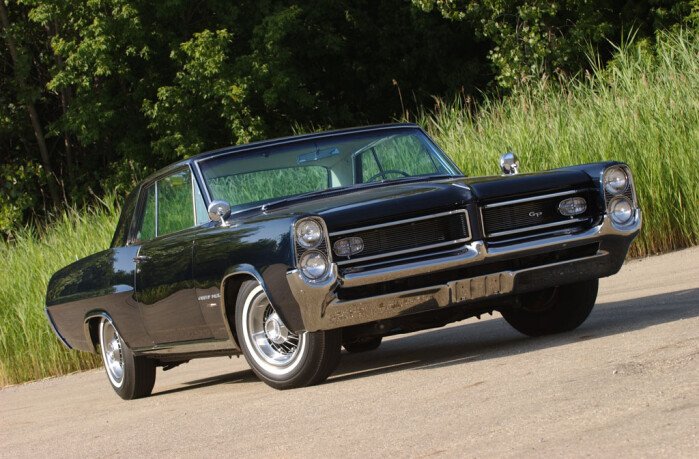 
In the muscle car timeline, 1964 stands out at the introductory year for the Pontiac GTO, but lots of other great cars also arrived that year. Pontiac wasn’t just a one car wonder; the 1964 Pontiac Grand Prix was a stunning car, but on a slightly larger scale than the GTO.

The Pontiac Grand Prix debuted in 1962. It was slotted as a personal luxury/performance car. It was quite sophisticated for its time, with a powerful engine that made the Grand Prix more than a bloated luxury car. Grand Prix styling was crisp and handsome then, and it still holds up well almost fifty years later.

Grand Prix Pontiacs are large, heavy, substantial cars that easily tip the scales at over two tons. It took a lot of engine to move such a heavy car. Two engine sizes were offered, with a couple carburetion options. The base Grand Prix engine is the 389, which is a fine engine. The 389 is the GTO engine and has performed admirably in Pontiacs since 1959.

The more exciting and considerably more collectible engine is the huge 421 cubic-inch monster, as seen in Bill Stephenson’s low mileage, Nocturne Blue beauty featured here. It doesn’t look like it, but underneath the circular air cleaner are three two-barrel carburetors. This 421 combo is known as the HO (for high output) engine. It’s rated at 370 horsepower, and while not as exotic as the fabled Pontiac Super Duty engines, it still has lots of grunt. An optional 4-speed manual transmission and 3.42:1 in the Saf-T-Track rear differential do much for the car’s high performance personality.

The Grand Prix was at the top of the Pontiac price structure. Long option lists boosted out-the-door prices. This example has 32 factory options, including power vent windows. The handsome and unique wheels are the iconic Pontiac 8-lug aluminum wheels.

Hurst shifters weren’t factory-installed on the Grand Prix (although they would quickly become factory items in many muscle cars), so the shifter shown here is an aftermarket item (a very popular aftermarket item). The OEM shifters were just short of terrible, so Hurst upgrades were common. The Hurst Company also had strong ties with Pontiac.

Think of the 1964 Grand Prix as the more luxurious big brother of the segment-defining GTO. It’s different enough to be unique, but so handsome as to be universally admired. 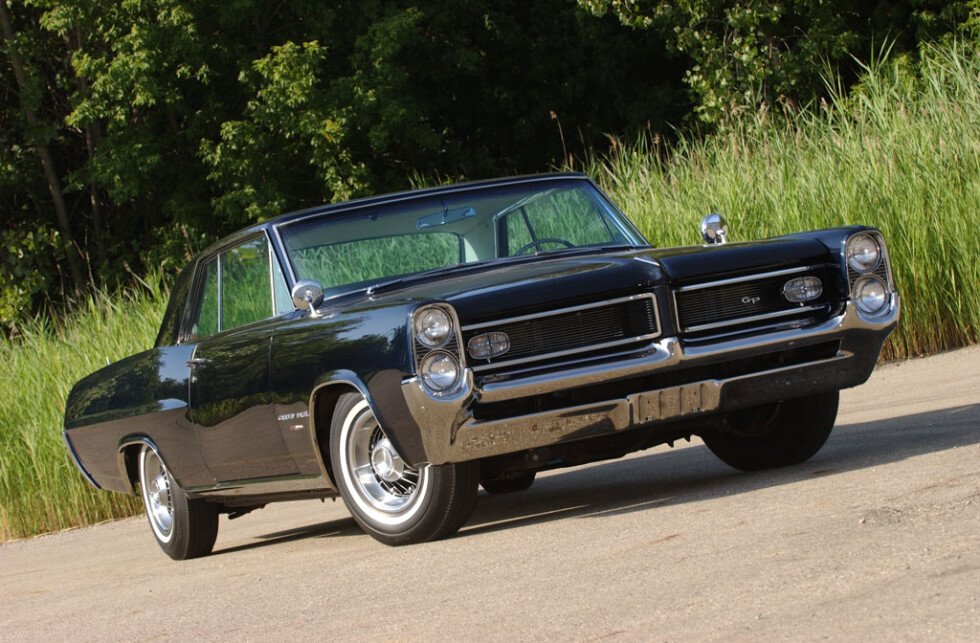