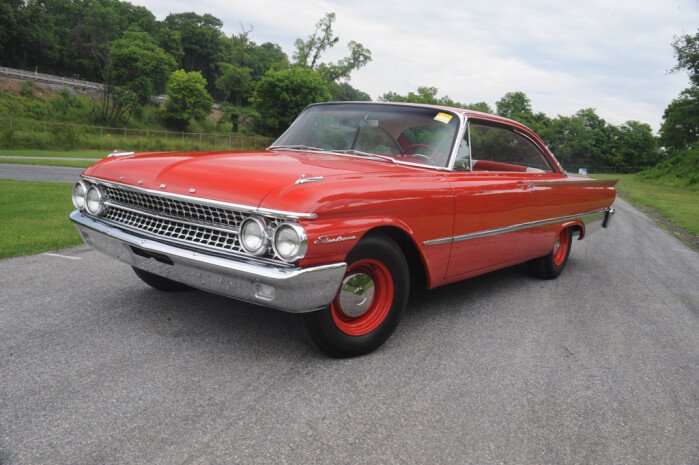 In the late fifties, Ford, like GM, had ostensibly quit supporting organized racing. The problem was, they weren’t against the positive publicity provided by winning races. Dodging company edicts seemed like a waste of time; so when Lee Iacocca started the “Total Performance” campaign at Ford in 1961, the game-playing pretty much ended.

Cars like Arthur Decesare’s stunning red 1961 Ford Galaxy Starliner were called coupes, but the large rear window was definitely headed in the direction of being a fastback – a body style loved by racers. This Starliner came out well before the market-changing Mustang. Large, two-door hardtops were just slightly less sexy than convertibles. These were high prestige, aspiration cars.

Along with the restyled body, the 1961 Ford’s big news was the increased displacement 390ci engine. The 390 was a bored and stroked 352. The most exotic version of the 390 is the tri-power setup shown here. It’s rated at 401 horsepower, which was very newsworthy in 1961. There was also a 375 horsepower version with a single four-barrel carb.

These two top horsepower Galaxie Starliners weren’t available with an automatic transmission. A 3-speed manual was standard, but a Borg-Warner 4-speed manual could be had through the dealership (as seen here). Neither power steering nor brakes were available with the 401hp engine. Heavy-duty brakes and suspension were standard. The regular 14-inch wheels were upgraded to 15-inch wheels. This was a serious performance car.

Time has been kind to the 1961 Ford Galaxie Starliner. Its design is daring enough to stand out at any car show (its rarity also helps draw admirers), but in a positive way. The 390 V-8 is a legendary Ford engine, and the wild tri-power makes this an excellent muscle car for any Ford fan looking for something different. 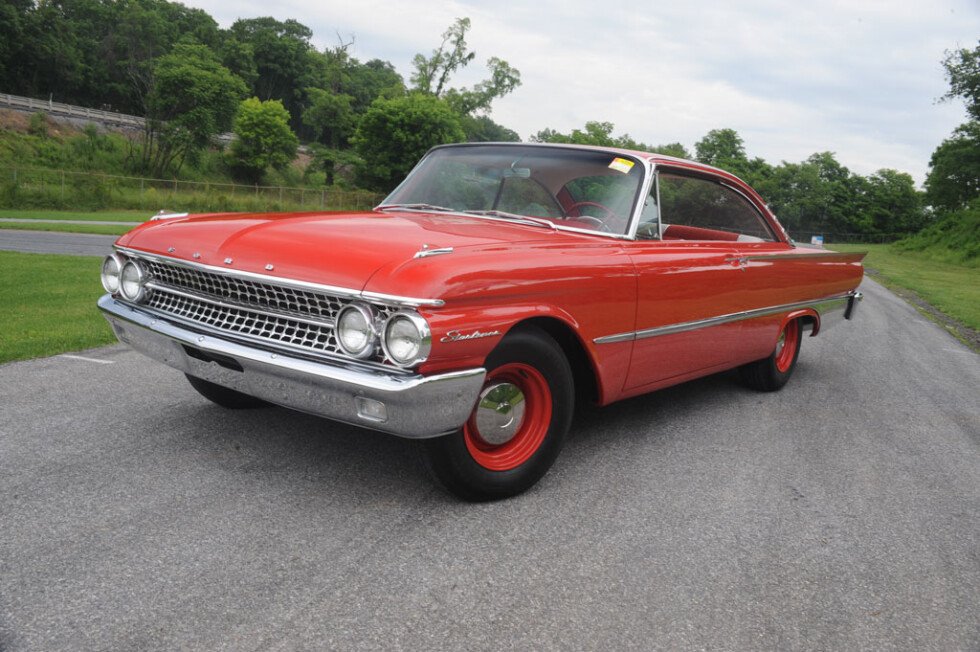