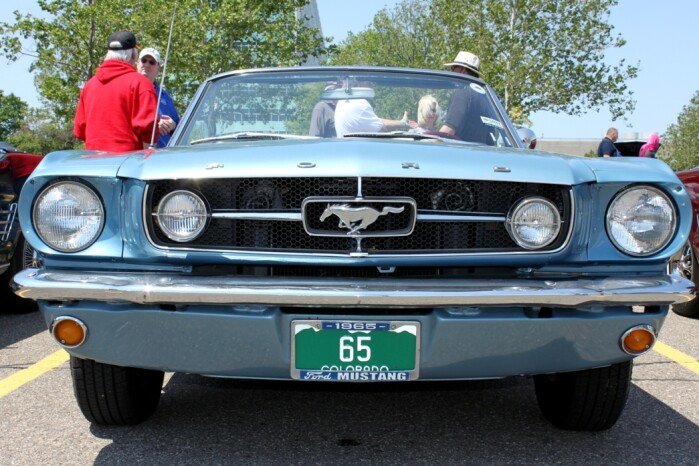 Early Mustangs are American classics and enthusiasts around the globe imagine themselves behind the wheel of a vintage pony. Fortunately, because the early cars were so popular, Ford made literally millions of them. Many have survived, making finding an affordable classic pretty easy.

But, as always, there’s a catch. Affordability is a relative thing, and just because you find a vintage Mustang with a low price doesn’t mean it’s a bargain. It could be hiding a host of maladies, including structurally debilitating rust.

Because we could easily devote a book’s worth of content and photos to inspecting a concours-correct car and cross-referencing all the date-coded stampings, tags, etc., we’ll stick with the basics here – the elemental inspection procedures and tips to help separate quality purchase candidates from polished piles of, well… you know.

We’re talking about driver-quality cars that are readily available and surprisingly affordable. A quick check of AutoTrader Classic’s listings returned nearly 500 1965-68 Mustangs, starting at only $5,600. Of course, the prices skew all the way to the high-six-figure range for Shelbys and other rare Mustang muscle cars, but for an average V-8 powered model that needs little or no work, you can expect to pay anywhere from $12,000 to about $20,000 – with convertibles naturally anchoring the higher end of the spectrum. Fastback models in comparable condition will typically start in the high-$20,000 range and head north from there.

It’s important to narrow your focus to the cars that match your ownership goals. If originality is important to you, expect to pay more for it – and do your homework to help ensure the car is as original as the seller claims.

If originality isn’t as important to you as a high-quality car you can jump in and enjoy – and perhaps modify as your budget allows – there are countless Mustangs out there with non-original paint jobs and replacement or modified powertrains that are affordable. Keep in mind that a more-affordable, yet non-original car will never have the resale value of an original, pedigreed pony.

Mustang inspection 101: A “289” badge on the front fender and a V-8 under the hood doesn’t mean the car was originally built that way. You’ll have to pop off the wheel covers and count the lug nuts. V-8 cars had five-lug hubs, while the six-cylinders had four lugs.

You can also verify the basics of the car’s original build combination by checking the data plate located on the inside edge of the driver’s door – if it’s still there after nearly 50 years. The paint around the edges of this one is a sure sign the car has been repainted, but at least the ID plate is still in place. The metal tag was replaced with a Mylar sticker in 1970.

A closer look at the date plate reveals a wealth of information, which is available at a number of sites such as www.mustangdecoder.com. The numbers are a little difficult to see in the photo, but we ran the them and discovered the car was built Dec. 27, 1965, at the Metuchen, N.J., plant. It was also originally Ivy Green and powered by the 200-cid inline-six. Accessing sites like mustangdecoder.com on a smartphone makes it possible to instantly check a car when you’re inspecting it.

In the early years, Mustangs were built in San Jose, Calif., Dearborn, Mich., and Metuchen, N.J. Dearborn and Metuchen cars included a body buck tag attached to the inner-fender apron on the driver’s side, under the hood, which should match the data plate on the driver’s door. This tag matches the numbers found on the plate illustrated in the previous photo, suggesting the front-end sheet metal is original.

All early Mustangs – body buck tag or not – had the vehicle identification number (also known as the warranty number) on the driver’s side inner-fender apron. It, too, should match the number on the driver’s door data plate.

A close-up inspection of a classic Mustang is imperative, because photos in an online ad can be unintentionally deceptive. You simply can’t see all the details that may make the difference between purchasing the car and passing on it.

This is an extreme example, but this is the driver’s side of the car shown in the previous photo. Damage can vary wildly, so it’s always important to insist the seller send photos of all sides of the car before you commit to viewing the car in person.

Rust is the bane of all vintage Mustangs. It’s typically pretty obvious on un-restored cars and just about every corner of a car is vulnerable to sheet-metal cancer. In fact, you should pretty much assume rust has affected some aspect of the body – regardless of whether the corrosion is immediately visible.

Restored cars can hide rust, too – even if the exterior panels look and feel straight, solid and dry. You have took deeper into the body.

Check the bottoms of the doors for signs of rust or quick-and-dirty rust repair. A filler-skimmed outer door skin will look OK at a glance, but you want to make sure the structure of the door is sound.

The rear quarter panels are very susceptible to rust – particularly the lower-rear corners – and because replacing the quarter panel is an expensive, labor-intensive process, many cars simply have body filler or perhaps a patch panel as repairs. Check the lower quarters for signs of these repairs.

Forget all the patches of filler here. The important thing is checking how the door opens and closes. If the door drops down when opened or doesn’t close properly, it could indicate rust or a previous accident has compromised the Mustang’s unibody structure. Surprisingly, the doors on this forlorn car opened and closed like new, suggesting the structure wasn’t too far gone.

Admittedly, the interior of this car needs complete restoration, but no matter the condition, it’s important to pull up the carpets to check for rust in the floorboards, as well as check the rockers, door pillars and surrounding areas for rust. Despite its appearance, the rockers and pillars of this car were pretty sound.

It’s imperative to get on your belly or back to check out the bottom of the car, where the most structurally debilitating rust will manifest itself. Again, even on otherwise sound and apparently rust-free cars, it will show up under the car. Pay close attention to the “toe panels” – the frontal areas of the floorboards, right at the edge where they blend into the firewall area. Almost all cars rust there.

The engine compartment is another important area to check, as rust in the shock-tower areas can mean expensive repairs – enough that it may make restoration financially unfeasible.

Check the radiator core support area, too, for signs of an accident, including metal that is wrinkled and appears to have been pulled back into shape. This example looks good. 18

Inspect the trunk, too, which is notorious for rust. Pull up the liner and check all the corners for rust or signs of repair. A proper repair shouldn’t dissuade you from purchase, because most old Mustangs had rust issue to contend with, but if you see repairs, you want to ask the seller as much about the history of them as possible.

Mustangs are unibody-constructed cars and even if the car you’re inspecting has had its rust exorcised, the repairs – and accident repairs – can lead to body-panel alignment problems. Frankly, the cars weren’t perfect from the factory, but you want to check all the body lines to make sure they’re reasonably straight with reasonably uniform gaps.

You don’t have to be an expert to perform a basic inspection on a classic Mustang. Do your homework and pay attention to the common rust areas, and you’ll find the filly of your dreams. And believe us, spending a little more up front for a better car will pay bigger dividends in the end, with less repairs and likely a higher re-sale value. 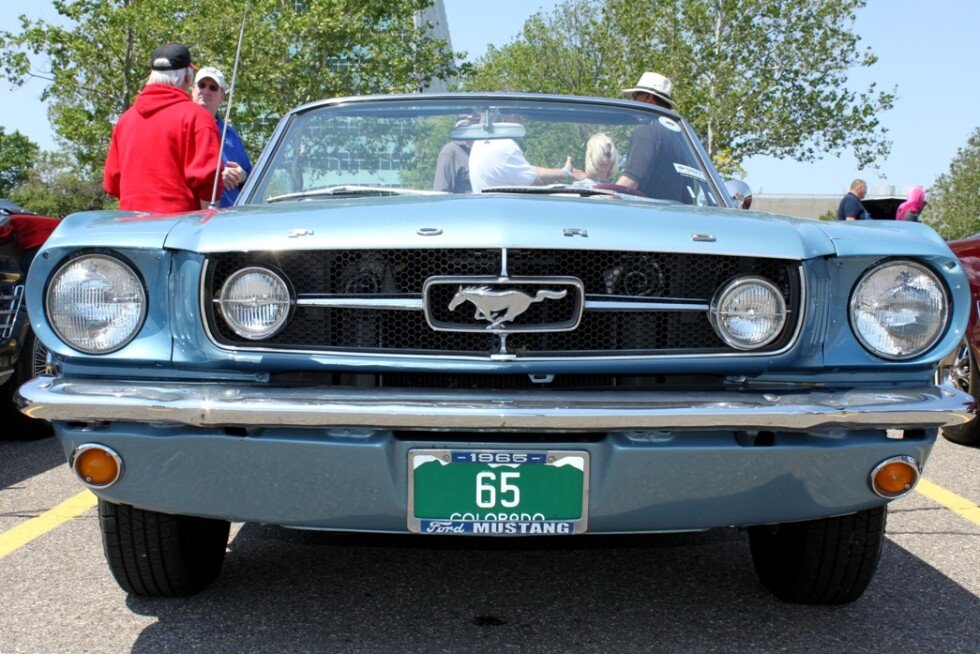