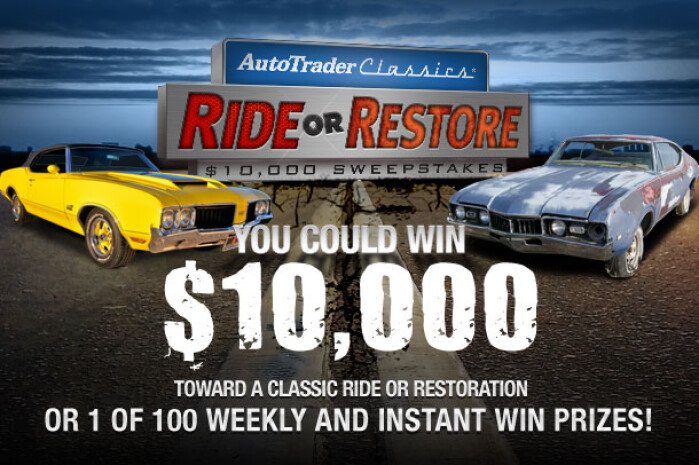 ATLANTA – Dec. 19 , 2012 –When Sacramento-area resident Jeff Jones met his future wife, he did what any car guy in love would do. He bought her a classic 1965 Ford Mustang.

Now, 28 years later, Jones could potentially recapture the romance of that time thanks to AutoTraderClassics.com’s “Ride or Restore” sweepstakes. Jones recently won the grand prize: $10,000 toward the purchase or modification of a classic or performance car.

Jones has had an affinity for cars his entire life, and began working on them at a young age in his best friend’s father’s garage. When Jones first met his wife, she was 15 and he was 18 and it was time for her to buy her first car. Car-expert Jones jumped at the chance to help, locating the Mustang and providing her with the necessary down payment.

“The body and interior were in decent shape, it just needed brakes and some major engine work,” Jones recalled. “I did all the work myself; I can’t see paying someone to do something I can do.”

Unfortunately, the Mustang was only in the family for a few short years, as they had to sell it when Jones’ wife went away to college. So while Jones hasn’t decided what specific project car he’ll bring home as a result of the prize, he’s hoping he can find another 1965 Mustang.

“I’ve always liked the 1965-67 327 Camaros, but honestly, if I could find one in decent shape I would love to have another 1965 Mustang like the one we had. It just brings back memories of good times we shared together,” Jones said.

AutoTraderClassics.com received more than 206,000 entries in the Ride or Restore sweepstakes, which launched in April. In addition to the grand prize, 70 participants won cruise-in kits, which included a portable tailgating cooler with mini grill and folding chair. 30 participants won AutoTrader Classics T-shirts.

“Congratulations to Jeff Jones and all of the winners in our Ride or Restore sweepstakes, and sincere thanks to everyone who entered,” said Marcus Dame, executive director, AutoTraderClassics.com. “We’re proud to support the classic and performance car community as a critical part of our mission to help consumers shop for, repair, restore, maintain and fully enjoy the cars of their dreams.”


About AutoTrader Classics
AutoTraderClassics.com, launched in 2008 and headquartered in Atlanta, Ga., is the Internet's leading automotive classifieds marketplace dedicated to the classic vehicle sector, with thousands of listings of classic cars and trucks, as well as parts for those vehicles.  Utilizing the same innovative merchandising functionality as found on AutoTrader.com, AutoTraderClassics.com unites classic car enthusiasts with the vehicle of their dreams.  The company also owns DealsOnWheels.com a source for collectable cars, repairable cars, motorcycles, ATVs, RVs/campers, trailers, work trucks and vehicles under $10,000.  For more information, please visit AutoTraderClassics.com and DealsOnWheels.com 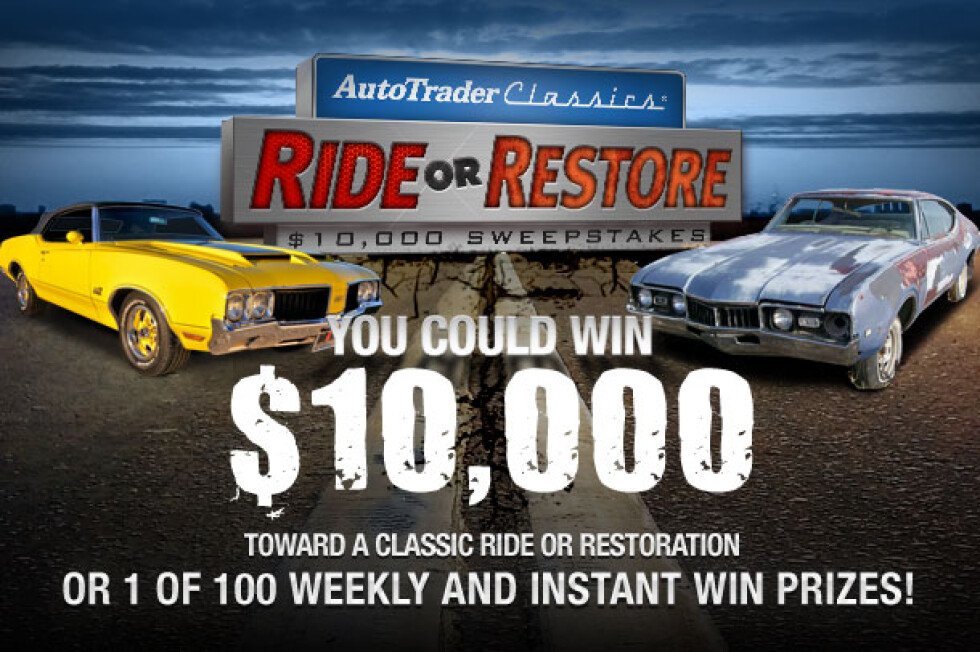