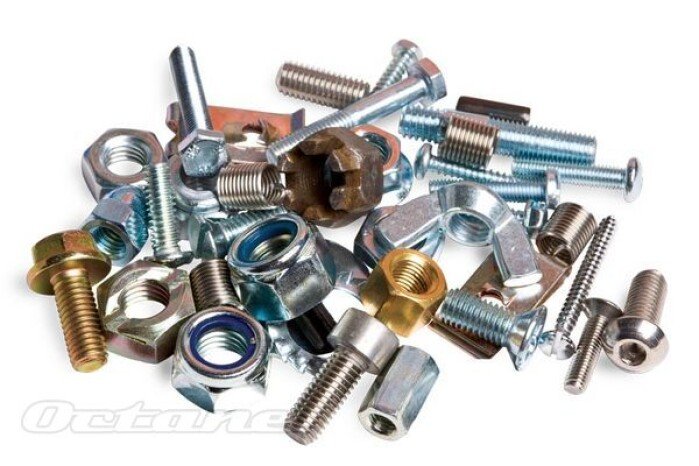 The screw thread is said to have been invented c.400BC by Archytas of Tarentum, then developed by Archimedes who developed it to lift water. The Industrial Revolution of the 18th century required precision threads and the first screw-cutting lathe was made by Jesse Ramsden in 1770 – but until just over 150 years ago there were no standard threads and, when you wanted a bolt to secure two items together, you made your own and the thread you used probably wouldn’t fit anything else.

Standardization of bolts and screws was obviously crucial to industrial development and Sir Joseph Whitworth brought the  solution, proposing the world’s first standardised thread in 1841, where the angle of the thread flanks was set at 55˚ and the number of threads per inch standardised for various diameters; this came to be used by all UK railway companies and was later, in 1908, adopted as a British Standard alongside BSF (British Standard Fine).

The Whitworth, or BSW (British Standard Whitworth), thread is specified at BS84:1956 and revolves around a 55˚ angle between the flanks, with rounded (radiused) roots and crests. Outside diameters of the bolts begin at 1/8in and the number of threads per inch is specified in whole numbers. The radius and depth relate to the pitch (pitch is the distance between each thread) as follows: Depth = 0.640327 Pitch, Radius = 0.137329 Pitch.

You will find Whitworth nuts and bolts on many British classic cars up to the 1950s, especially for larger components like bumper and engine mountings where coarser threads are appropriate. Whitworth threads are still widely used in Australia and are also found in non-automotive forms such as British Standard Pipe and British Standard Copper.

Inevitably, while Whitworth came to be widely adopted in Britain for components where a relatively coarse thread was acceptable, in other countries and industries different thread standards were springing up, such as the Edison, Lowenherz, Bodmer, PG, Siemens & Halske, Sewing-machine, Valve, CEI, VDI, French, Knuckle, Buttress and Trapezoidal threads. Thankfully few of these are found on cars, though if veteran cars are your speciality you have to be prepared for anything and have your own screw-cutting lathe to make up nuts and bolts if you want to match what is there…

In the USA in 1864, William Sellers proposed a standard based on a 60˚ angle with set thread pitches for various diameters, which became the American Standard Coarse (SC) and Fine (NF) series. It had flat roots and crests and so was easier to make than the rounded Whitworth form.

At the same time in Europe, Metric standards evolved, with angles as tight as 47.5˚ for the Swiss Thury thread. Eventually German and French standards converged in 1898 on the Système Internationale (SI) standardised international Metric thread, based on a 60˚ angle with flat crests and rounded roots.

The BA (British Association) thread was established for small-diameter bolts (below 1/4in) and was commonly used into the 1960s and beyond on ancillary components on cars, such as Lucas electrical and SU/Solex carburettor parts. It is still used on some precision machinery. It is a fine thread with 47.5˚ angle, radiused roots and crests and sizes from BA 0 (6mm diameter, 1mm pitch) to BA 23 (0.33mm diameter, 0.09mm pitch). Ratios are D=0.6P, R=2P/11.

BSF (British Standard Fine) has the same thread angle as Whitworth but a finer pitch and smaller thread depth. Like Whitworth, it can be found on many British cars up to the 1950s, especially on precision components in the engine and gearbox.

BSC (British Standard Cycle) was established in 1902 for bicycles and motorcycles; it uses a 60˚ thread angle with very fine thread pitch.

All the British Standard forms (Whitworth, Fine and Cycle) use the same set of spanners, generally marked just as Whitworth, though historically the size markings of BSF spanners were one smaller than Whitworth.

In November 1948, after experience of interchangeability problems during wartime, the UK, USA and Canada agreed on a standard Unified thread for all countries using Imperial measures (inches). Based on the Sellers thread, it used a 60˚ angle. The Unified Thread Standard (UTS) comprised UNC (coarse), UNF (fine, also sometimes called SAE for Society of Automotive Engineers) and, though seldom seen on cars, UNEF (extra fine). Just to complicate matters, there is also a UNS (special) designation for specialist applications, which can include automotive. Most UK and US car manufacturers switched to these over the next few years, though, where specific threaded components were carried over in production to later models, older threads continued to be used; this is especially common on long-lived models such as Land Rovers and Morgans.

At much the same time, the International Organisation for Standardization agreed the ISO Metric screw thread in ISO 68-1. ISO Metric threads have flat crests and radiused roots, and are simply designated by the major diameter followed by the pitch, i.e. M10x1.0 means the diameter is 10mm and pitch 1.0mm. Coarse threads are indicated by no pitch specification, so M10 = 10mm diameter, 1.5mm pitch. Formulae are D=0.54127P, R=0.14434P. To cater for all needs, there are also MF (Metric Fine) and MS (Metric Special) standards.

In 1965 the British Standards Institution declared BSW, BSF and BA obsolete, recommending use of the ISO (International Standards Organisation) Metric thread, or the ISO Unified thread, in their place.

AF is a common designation for spanners that actually denotes the width of the head of the bolt (across flats), not the diameter of the bolt itself. It is used for all Unified (UNF etc) thread bolts and nuts.

Tolerances are required, of course, in manufacture; basically bolt threads will always be equal to or smaller than the spec profile, nut threads will be equal to or greater than spec. There are, in fact, standards for this too, classed 1, 2 and 3, with 3 being the closest tolerance for maximum quality/strength, 2 being more commonly used and 1 relatively loose, for easy assembly and use in a dirty environment.

The end result of all this development and standardization is that for classic cars the range of tools required can be far greater and more confusing than the standardizers intended. Where some components have continued in production from much earlier models, it is possible to find Whitworth, Unified and Metric threads all on the same car, which therefore requires the use of three sets of spanners.

The answer is to keep a tool kit for the car that only contains the actual spanners you have previously needed to use on that car, rather than three complete sets of sockets and spanners – plus a couple of good-quality adjustables just in case you’ve missed one! 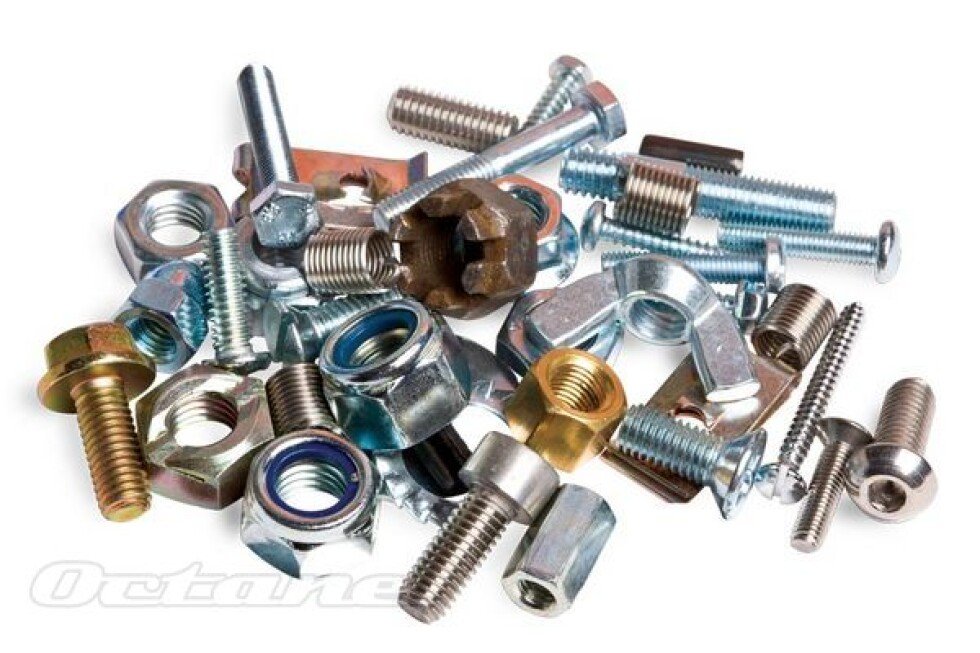