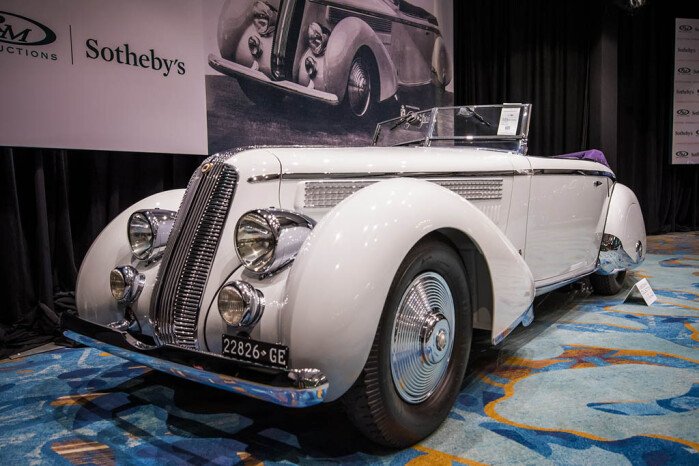 RM Sotheby's two-day Amelia Island auction of 150 vehicles generated $70.9 million in sales, with 19 cars fetching more than $1 million. Of those cars, none was more expensive than the 1937 Bugatti Type 57 S Cabriolet, which hammered at $7.7 million. The car, one of three examples with coachwork by Vanvooren of Paris, was sold for the first time in the car's 80-year history at the Amelia Island auction.

A 1936 Lancia Astura Cabriolet Series III Tipo Bocca fetched $2,145,000, the top-selling car of the 63-vehicle Orin Smith Collection. The group of cars was sold entirely at no reserve, which may explain the high prices realized from the group of cars.

While RM Sotheby's is the auction company affiliated with the Amelia Island Concours d'Elegance, premium auction house Gooding & Company also holds an auction on the Friday before the show.

The highest price of Gooding's Amelia Island auction went for a 1998 Porsche 911 GT1 Strassenversion, which sold for $5,665,000, including a 10 percent buyer's premium. The only Porsche offered as a racecar first and road car second, only 20 were built. The GT1 has an impressive race history, with a class and overall win at the 1998 24 Hours of Le Mans. The GT1 Strassenversion has more than 530 horsepower, this one has less than 5,000 original miles.

The 2015 McLaren P1 placed second in the results, selling just over its $2.3 million estimated price, fetching $2,392,500 including a 10 percent buyers premium. Custom built by its first owner, the car is one two built with Daytona-style seats. "This example is one of the finest I have seen in terms of distinct color specification, condition and limited mileage," aid Garth Hammers, Specialist at Gooding & Company.

Estimated to bring between $1.3 and $1.6 million, the 1993 Porsche 964 Turbo S Leichtbau sold for the high end of its estimate, fetching $1,540,000 with buyer's premium. This was the first lightweight turbocharged production model built by Porsche and was the first to wear the "S" designation. This road-going version of the 1992 IMSA SuperCar Champion, is one of 86 built, and one of the 67 left-hand-drive versions. 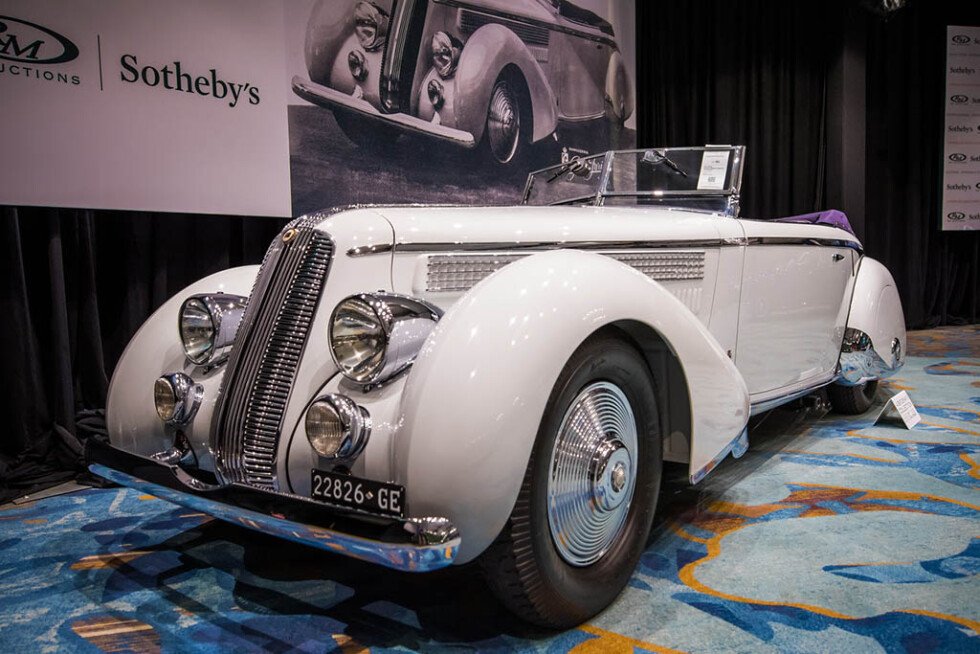