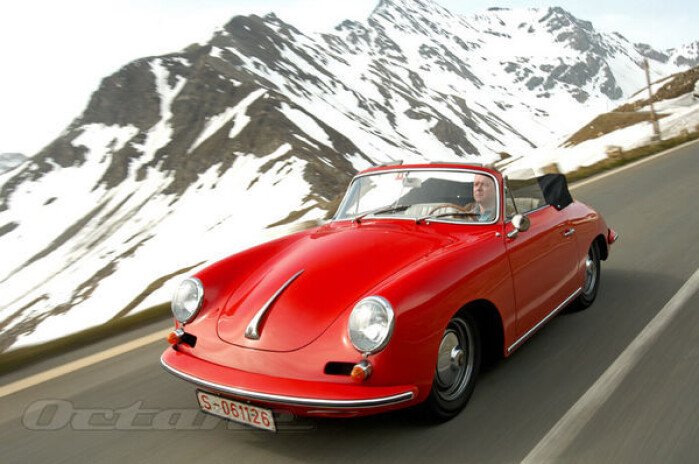 Every new driver should learn in an early Porsche 356 on ageing bias ply tires. Here's another mountain bend: feel the nose drift wide, back off, wa-hey! Round comes the tail, and up it goes too as the swing axle tucks itself under. This is one interactive car, a crash course in throttle-steerability. And I'm only going about 40mph.

Here's a car that calls for commitment or else the tail will be flailing all over. Maybe BF Goodrich's interpretation of the 1950s tire-making art (it's called the 'Silvertown') isn't the optimum footwear, but it certainly gives a window into the forces unleashed in a moving car. And now I must hunt for that second gear again. I couldn't find it last time, but I know it's under the dashboard somewhere.

The early 356, what aficionados call a 'pre-A' from 1954 (so it's the same age as me), was developed on roads like these. Mountain routes between Gmund, where the first Porsches were made, and Zell am See near the Porsche family seat at Schuttgut. As these roads are deep in Porsche ancestral territory they continued to be used even after the company returned to Stuttgart, where Dr Ferdinand Porsche the elder had his consultancy pre-war.

This particular route, the first part of our journey to Gmund to mark Porsche's 60th anniversary, takes us from the Gaisberg hillclimb, a broken connecting rod bolt's throw from the Salzburgring race circuit, to Zell am See. Our 356 is the oldest of a pack of precious Porsches parked at the bottom of the Gaisberg, where RS60s and 356 Abarths and flat-eight RS Spyders once rent the air with their aircooled aural edge. It's small and silver, but steel-bodied because only the first 52 cars, the Gmund production, wore aluminium panels. With its low arches concealing wheels buried deep within, it looks like a cartoon version of more-familiar later 356 models.

Is it, then, the shape of a Gmund car reproduced in steel? There's a rather legendary Porsche figure here who can answer that question: Herbert Linge, just turned 80, whose name I remember from many 1960s race reports. He seemed to get a lot out of cars whose engines were much smaller than those of Ferrari or Ford. The Targa Florio was a particular Linge favourite.

Linge was also the Porsche company's first new employee when it returned to Stuttgart in 1949. 'It was Dr Porsche and his secretary to begin with,' he says, 'and then they took me on.'

First, though, we need to go back a couple of years.

In Gmund the company had been doing small-scale engineering and manufacturing under contract while US forces occupied its old buildings in Zuffenhausen, near Stuttgart. But Ferdinand 'Ferry' Porsche, son of the man who founded the company and invented the Volkswagen and the rear-engined Auto Union Grand Prix cars, had a dream of making a sports car using parts from the more prosaic of his father's inventions 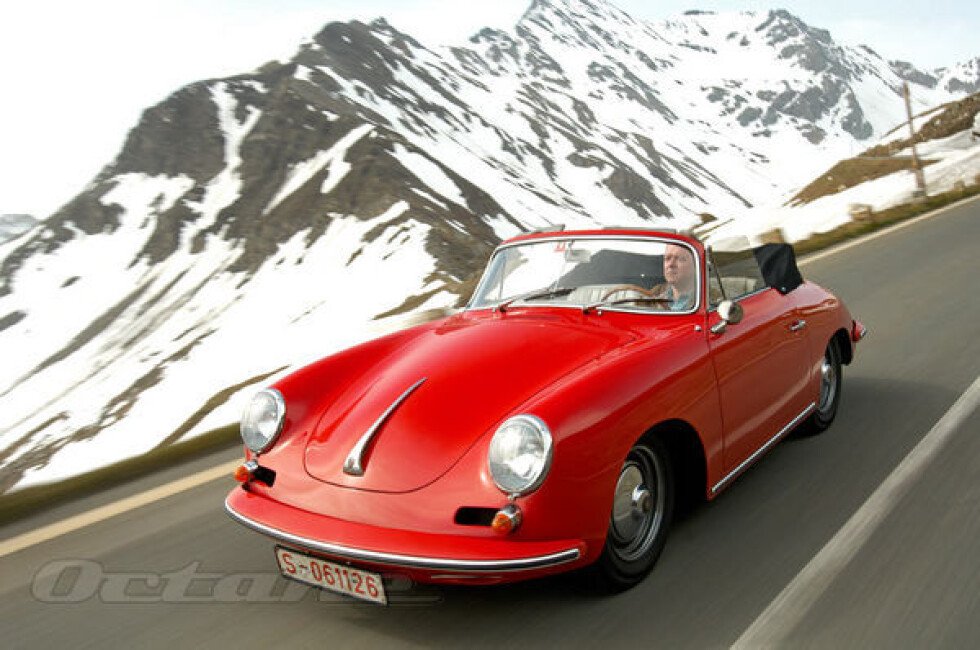