A Day at the Track With Chevrolet Performance 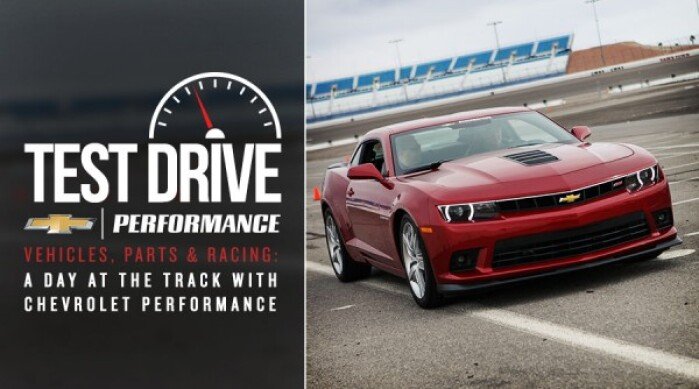 On November 4th, the BLOCK had the immense pleasure of joining other media partners during the Chevrolet Performance Parts and Accessories Media Event at the Las Vegas Motor Speedway. Once inside of this impressive racing facility, Jim Campbell, GM Vice president of Performance Vehicles & Motorsports, Sandor Piszar, Director of Performance Vehicles and Motorsports for Chevrolet, and Mark Dickens, Program Engineering Manager for the 2014 Camaro, greeted us. We were also welcomed by a slew of Chevrolet vehicles that included 16 Chevrolet Camaros and 4 Chevrolet Sonics – which ranged from stock vehicles that came right off of the showroom floor, to various models that were equipped with a number of Chevrolet Performance upgrades.

In order to familiarize ourselves with different upgrades the Chevrolet Performance team offered, and their effect on these particular vehicles, we were invited to drive a stock vehicle on a tricky road course inside of the speedway, and then try our hand at one of the models that were equipped with upgraded components from the Chevrolet Performance team. You may be wondering why this particular line of upgrades are better than that of other performance based companies, and Sandor Piszar addressed just that, noting: “Chevrolet Performance parts are different because the teams that develop these cars, are the same teams that develop these performance parts.” Additionally, the team behind the engineering of these upgrades is also in charge of engineering the vehicle they are applicable to.

With those two statements foremost in our minds, we were fired up and ready to hit the track. However, before we hopped in the driver's seat, Jim Campbell also wanted to give us a few words concerning the history, and the overall success of the Chevrolet Performance subculture. On a similar note, Mr. Campbell discussed the objectives surrounding Chevrolet’s participation in the SEMA 2013 showcase. “Our main focus is to make Chevrolet the brand of choice with it comes to three things – personalization, performance, and enhanced capabilities.” Mr. Campbell then expressed how the layout of this year's Chevrolet SEMA booth promotes those three factors.   The first car we got to take out was the stock 2013 Chevrolet Camaro. As we entered the track with our driving instructor, we took a single pace lap around the Las Vegas Motor Speedway road course in order to familiarize ourselves with the layout of the racing surface. After we had a decent feel of the tricky twists and turns, it was time to really let loose. The stock Camaro accelerated nicely from the line and had no problems maneuvering through the tricky sections of the road course. This vehicle was an absolute blast to drive. As soon as we parked the stock Camaro at the end of our pit lane, we immediately jumped in to a 2014 Chevrolet Camaro. However, this version of the intense muscle car had a few extra bells and whistles:

As we accelerated off of the starting line, the first thing we noticed was how intimidating the upgraded exhaust sounded. With every upshift, this 2014 Camaro with the 3.91 gear kit pushed us further back in the Recaro racing seats. As we set up for the first left hand turn of the course, the upgraded suspension package made this beast feel solid and stable even though we were carrying much more speed than we had with the stock 2013 Camaro. With every quick directional change, the front end of the     Camaro stayed nice and low and didn’t roll over onto the opposing tire. The upgrades on this 2014 machine just felt like perfect complements to the already competitive performance capabilities of its factory counterpart. Overall, our lap times decreased, our fun factor was enhanced, and this brute of a vehicle was an absolute pleasure to drive.

Next up on our plate was the 2013 Chevrolet Sonic. This car was bone stock, and we were extremely curious to see just how this automobile from Chevrolet’s “small car” division would handle the tight twists and turns that the Las Vegas Motor Speedway road course presented. As we pushed the car into the first left-hander, we could feel the nose set into the turn and the car began to slightly roll over onto the right front tire. There was a little bit of tire screeching, but the car actually handled the apex quite well. The Sonic followed the left and right hand turns quite similarly throughout the rest of the course, and overall, its stock performance capabilities were quite impressive.

As an added bonus, Chevrolet Performance Engineer, Bill Duncan, joined us for this high-speed test run. As we pulled up to the staging area, Bill began going over the performance upgrades that this particular Sonic had been equipped with. We looked over at him before we sped off and exclaimed that the stock Sonic had actually exceeded or expectations. Bill looked back at us, grinned, and said, “We can always go faster though. And you’ll be able to push this one harder.” Taking Bill’s words into consideration, we left the starting line and punched the throttle to the floorboard. With the performance exhaust on this Sonic, not only did it sound better, but it felt like the car had a stronger urge to get up and go. As we drove through the course, we noticed a dramatic difference in the handling capabilities due to the Sonic’s upgraded performance suspension package.

With every turn and slalom, we pushed this short wheel-based car further and further past the breaking zones. Folks, this car was an absolute blast to drive.   But, that wasn’t the end of this adventurous day. What’s a performance experience without a little drag racing? The crew at Chevrolet had two 2013 Camaros prepped and primed for us to make a few quarter mile passes. These two beastly machines were equipped with HD ZL1 rear ends, drag racing slicks, Chevrolet Performance heads/ cams, short throw shifters, and Chevrolet Performance intake systems. Pass after Pass, these heavily upgraded Camaros consistently laid down competitive times. Leaving the starting line around 5500 RPM and disengaging the clutch was quite the thrill ride – and these drag racing machines gained traction and accelerated like wild beasts across the plane. Shifting with the short throw shifter from Chevrolet made grabbing gears easier and quicker, and definitely shaved off some time from our ET.

Advertisement
×
A Day At The Track With Chevrolet Performance 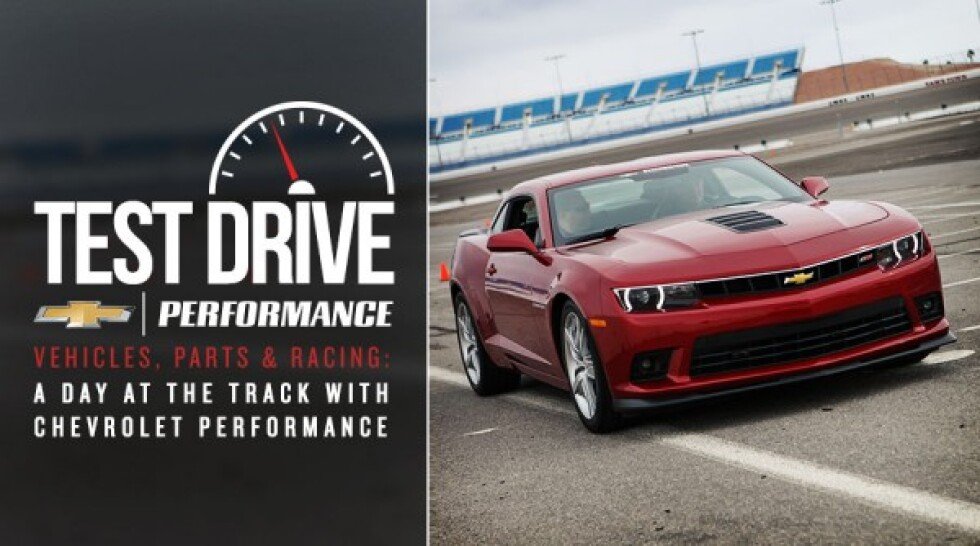