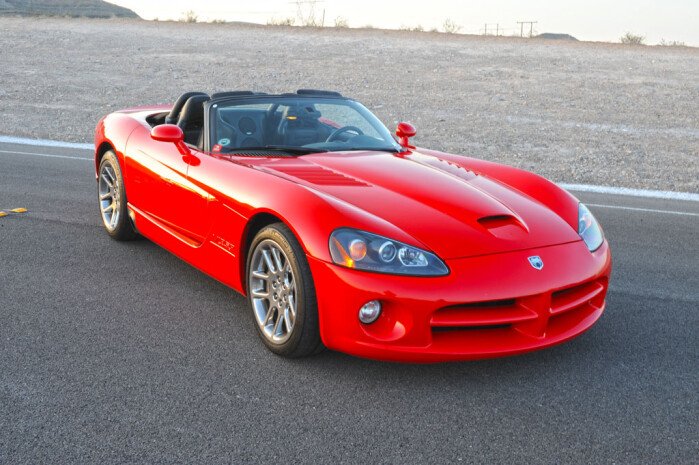 
Bold, beautiful, and brutal are apt descriptions for the awesome Dodge Viper. The Corvette went unchallenged for decades until the Chrysler Corporation decided to show the world its interpretation of a two-seater American sports car in 1992 with the debut of the Dodge Viper RT/10. Adhering to the “go big or go home” philosophy, Chrysler stuffed a stump-pulling V-10 under the hood. The 488ci engine produced 400 hp and 465 lb-ft of torque. Launching a Viper feels like the torque is going to tear the rear axle off its mounts.

Even though the Corvette was its primary competitor, the 427 Cobra influenced Design V.P. Tom Gale. Remember, at the time of the Viper’s inception, Carroll Shelby was associated with Chrysler, not Ford. The Viper concept car appeared at the 1989 Detroit International Auto Show, where it received rave reviews. The Viper was and is expensive. First year production amounted to 200 units. A handsome Viper GTS coupe joined the roadster in 1996 as part of the second generation.

The Cobra influence was very evident in the coupe’s design, as the Shelby Cobra Daytona acted as inspiration. Most of the new coupes were blue with white stripes – an obvious nod to the Shelby Daytona. The 1996 Viper GTS was the Indy 500 Pace Car. By 1997, horsepower was up to 450 and torque had increased to 490 lb-ft.

The third generation Viper debuted in 2003, which is the year of our feature car. As bold as the early Vipers were, the third generation is a much more refined design. It still has that knockout punch, but in a smoother, better integrated way. For 2003, the RT/10 designation was replaced by SRT-10. The revised Viper became the first member of the esteemed SRT lineup of outstanding high performance Mopars. Engine displacement was increased to 505 cubic inches (8.3-liters). Horsepower jumped to 500, with an incredible 535 lb-ft of torque. The Viper SRT-10 coupe joined the roadster as a 2006 model. It retained the “double bubble” roof design from the original GTS.

Horsepower, torque and displacement were upped again in 2008 for the fourth generation Viper SRT-10. The increased numbers were 600 hp and 560 lb-ft from 510 cubic inches. 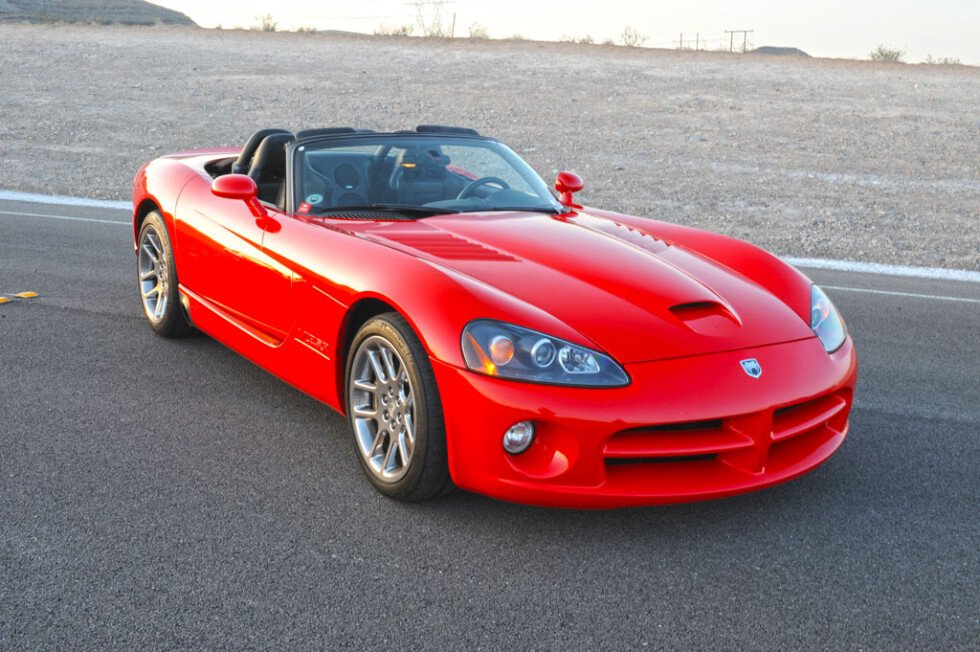