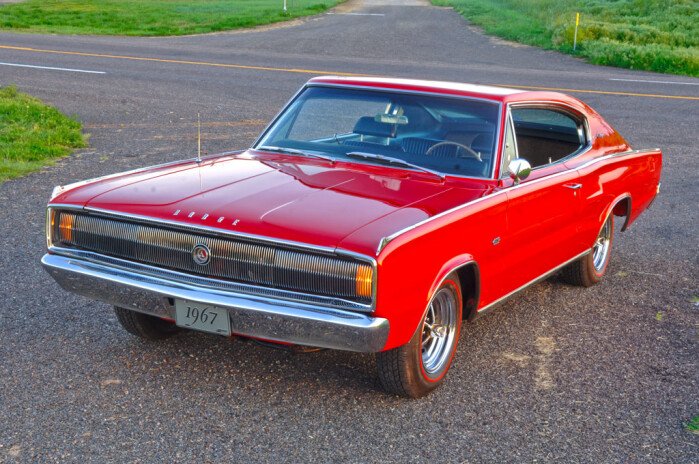 
The Chrysler Corporation entered the fastback market in 1964 with the Plymouth Barracuda. The Mustang 2+2 was easily the leading fastback model of the era, but in a typically daring Mopar move, Dodge decided to debut a full size fastback – the 1966 Dodge Charger. The new Charger was geared toward the performance/luxury market.

The Dodge Charger was based on the 1966 Dodge Coronet. From the beltline downward, the two cars share a lot, but the unique roof makes the Charger unique. The enlarged rear wheel openings match the front ones and are another unique and handsome feature. The wide grille with retractable headlights is a bold styling touch. The wide look is reinforced out back with a large, full width taillight.

Charger interiors are both luxurious and practical. The four-person seating arrangement is reminiscent of the Chrysler 300 letter cars. For 1966, the center console ran full length, but that meant you could only enter each rear seat from that side of the car. The driveline tunnel is still tall on our 1967 feature car, but there is a gap. A unique center armrest flips down, as do the rear seats, for a huge 4-foot by 7.5-foot cargo area. Although the Charger is only a four-passenger car, it’s very versatile in terms of fitting long items.

The dashboard design is quite daring, with four matching-size instrument pods. The speedo and tach are in the two central pods.

The performance part of the package was ably handled by the full range of Mopar big-blocks, including the 318, 361 (1966 only), 383, and 440 (1967 only), plus the awesome 426 Hemi. Lonnie Shelton’s beautiful feature car has the enviable combination of the 426 Hemi and a four-speed manual transmission. 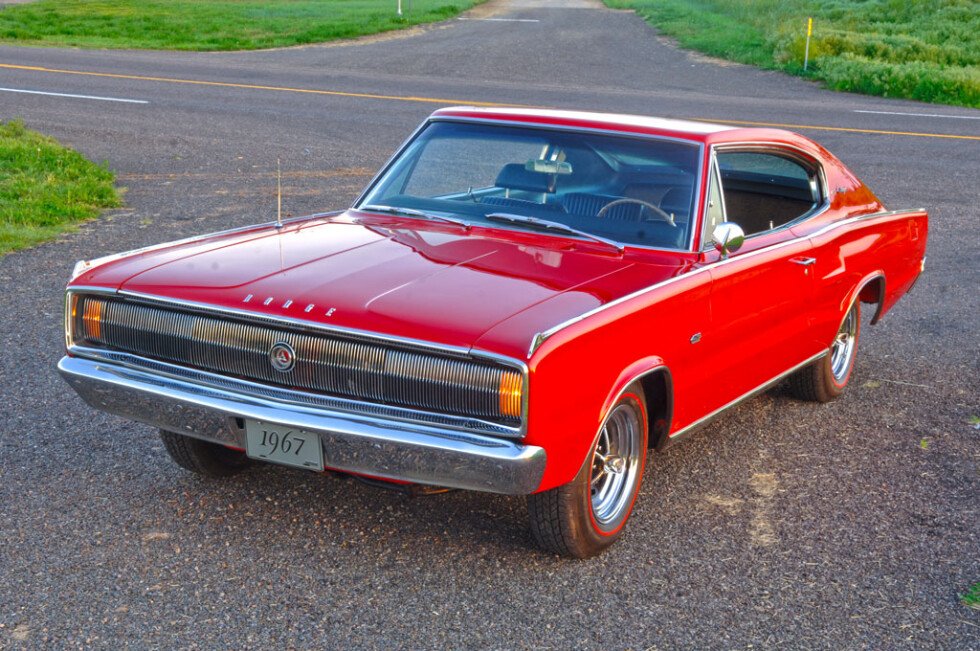