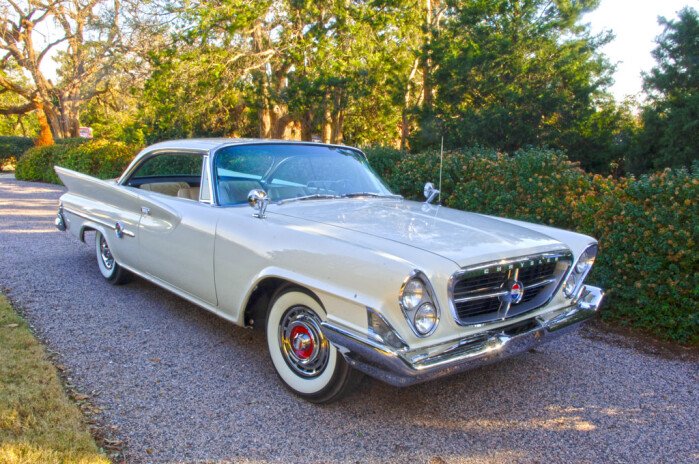 
Fins came and went quickly at Chrysler. They lifted off in 1957, but by 1962, they were grounded. Futuristic fins faded after 1961, but not before a final splash. The fins on 1961 Chryslers and DeSotos are among the wildest rear quarter panels ever assembled in Detroit.

The 1961 Chrysler fins are huge. They start mid-door and cant as they rise to their spectacular peaks seemingly half a block away. The cant of the fins echoes the canted dual headlights, which perfectly match the angle of the trapezoidal grille shell. The front bumper ends turn up at the same angle. Turn signal lamps are wedged between the bumper ends and the fenders. All of these features have matching angles. This is an example of how much effort Mopar designers put into crafting cohesive designs.

The chrome grille surround has a crosshair center bar with a central 300G emblem. The vertical grille bar is echoed by the hood’s styling crease, which is continued through to the trunk’s center rib (capped by another emblem),

Daring design isn’t strictly an exterior feature at Chrysler. The interior of the 300G is every bit as bold as the exterior. Occupancy is limited to four people, thanks to the huge, full-length center console. There are massive front and rear armrests on the ribbed aluminum console and “300” emblems on the upper door panels. A lot more aluminum trim is used underneath the padded and pleated dashboard cover. Mounted on the left side of the domed speedometer are the push button controls for the 3-speed automatic transmission. Push button transmission controls were a Fifties/Sixties Mopar hallmark.

The daring design extended to the engine compartment, where a wild cross ram induction system that placed the dual carburetors at opposite extremes of the engine bay topped the 413ci wedge engine. 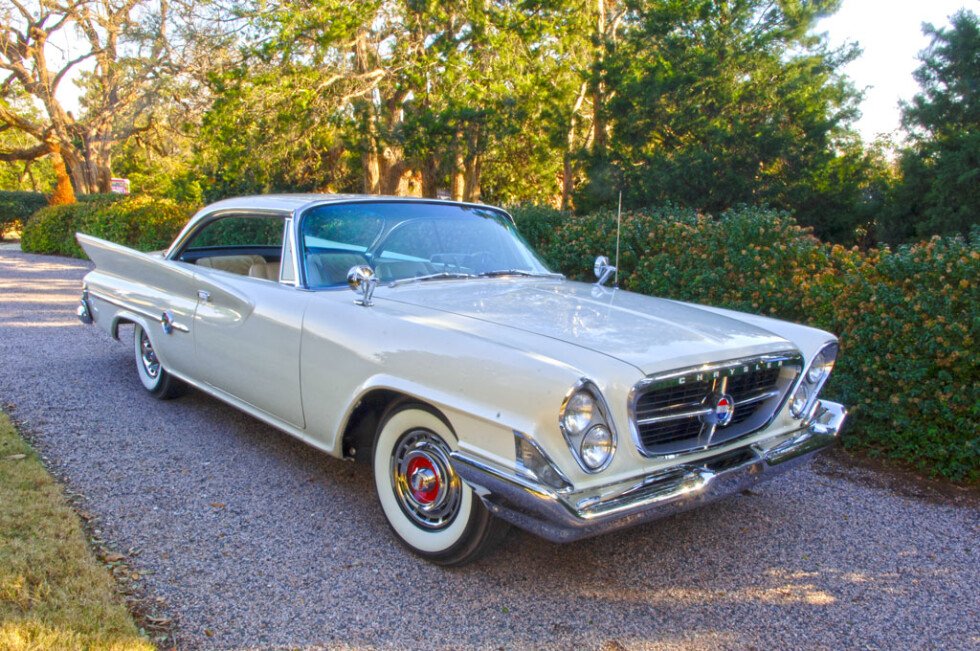