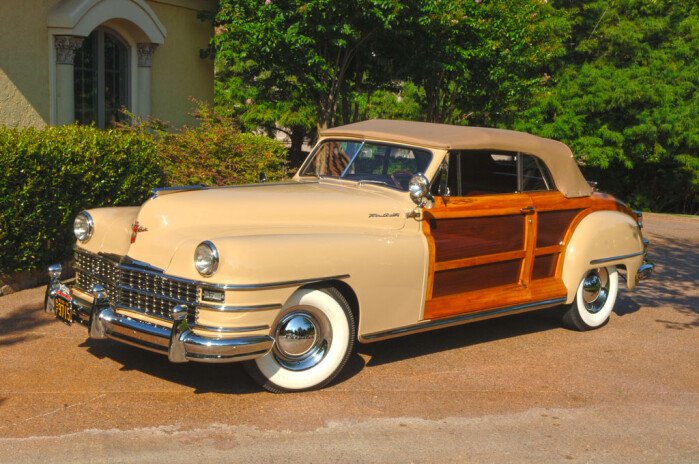 
Chryslers of the Thirties and Forties were substantial cars built for people of substance. They were big, imposing cars, automotive mansions compared to the entry level “cottages” driven by people of lesser means. If Chrysler owners of the time had a “cottage,” it was probably a summer home on a lake or ocean front. Many resorts and estates kept wood-bodied station wagons for fetching people and luggage from the train station. The first Chrysler Town and Country was a 1941 station wagon.

The wood paneling design was expanded to a limited number of Chrysler convertibles and sedans in 1946. The Town and Country (T&C for short) convertibles were built on the large New Yorker chassis with the inline eight-cylinder engine.

The white birch wood framework was applied over the regular steel convertible body. Mahogany veneer was originally used for the inset panels in 1946, but by late 1947, the real wood veneer was replaced with Di-Noc decals. Even with the advent of the decals, the wood framing required a lot of upkeep.

Wayne Davis was so taken by the stately looks of the Chrysler Town and Country convertible that he bought a pair of them, a tan one and a green one. They were, appropriately, photographed on the grounds of his Southlake estate. 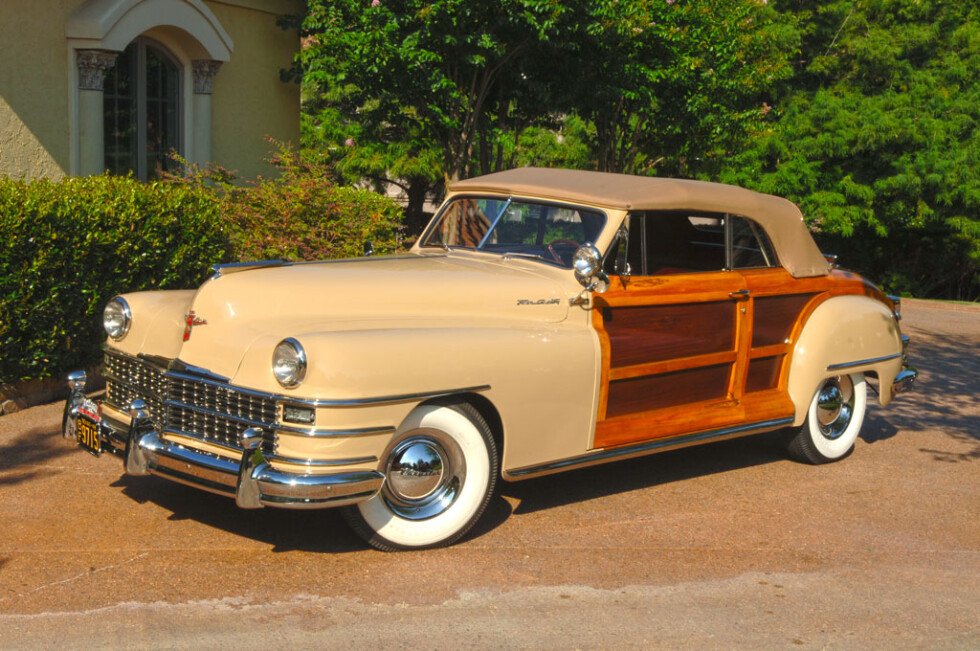