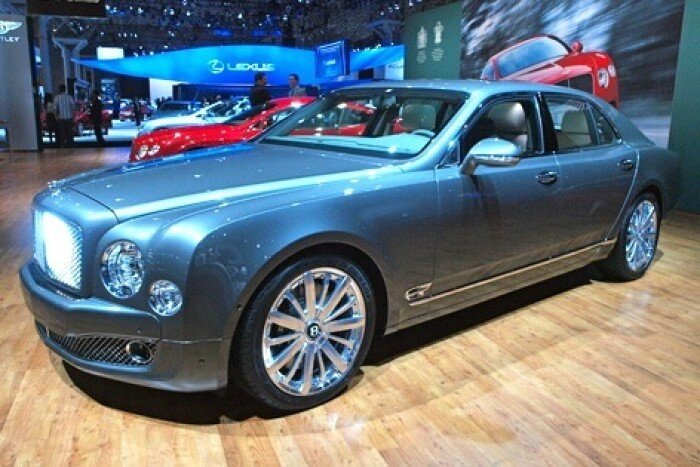 Designed and built to offer Grand Touring, handcrafted luxury coupled with immense power and sportiness, the Bentley Mulsanne offers one of the world's most exclusive driving experiences. For 2013, the Mulsanne is more luxurious than ever, with new features such as a large, tilt-opening, tinted glass sunroof and an electrically operated bottle cooler with hand-blown and hand-cut lead crystal champagne flutes.

Cleverly, Bentley has implemented variable displacement technology to the Mulsanne's V8 engine. This allows the vehicle to imperceptibly deactivate four of its cylinders when cruising or during light throttle application, improving fuel economy.

In addition to its new luxury appointments, customers can also have their 2013 Mulsanne fitted with the new Mulliner Driving Spec (MDS) package. For an additional $15,750, the Mulliner package includes 21-inch MDS wheels, Bentley Flying 'B' wing vents and a diamond-quilted, leather-trimmed cabin with driver-selectable sport-tuned suspension and steering. The MDS package is finished off with Mulliner treadplates and individually polished and drilled alloy accelerator and brake pedals.

What it means to you: Bentley makes the four-door Mulsanne sportier and more exclusive with a new Mulliner Driving Spec package. 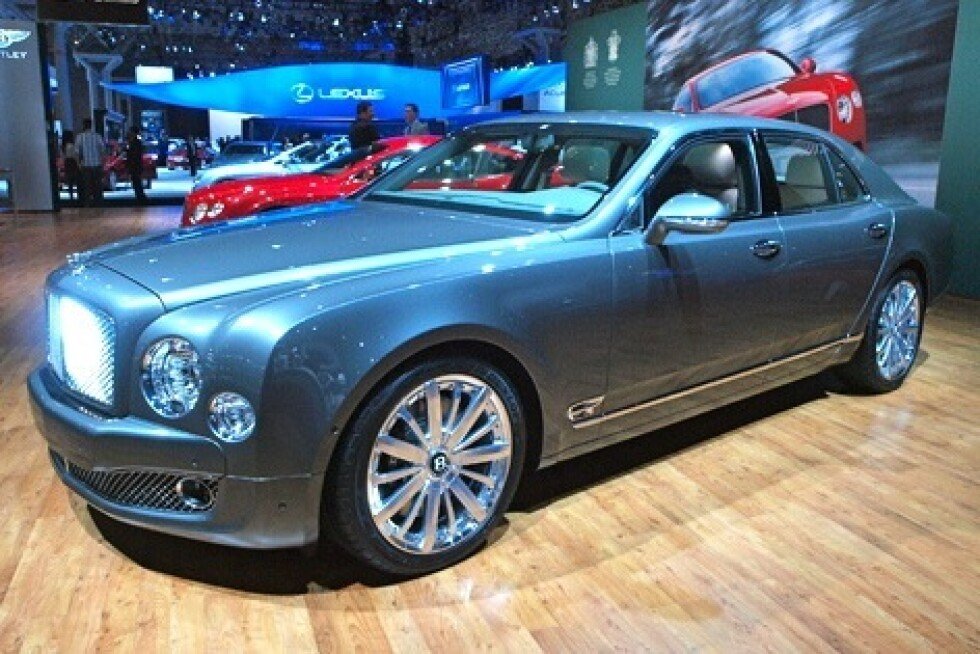