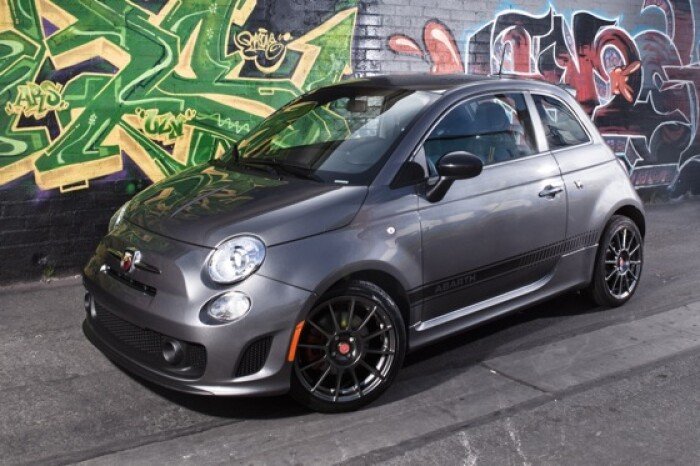 Think of the turbocharged 2012 FIAT 500 Abarth as Fiat's attempt to combat the "JLo Syndrome." On the one hand, the company's prominent advertising campaign featuring super-diva Jennifer Lopez has done a great job of getting the 500 subcompact noticed. But on the other hand, it hasn't exactly brought many car enthusiasts into the fold. So FIAT decided to follow Mini's lead and inject some major-league steroids into its cute little runabout. Enter the Abarth-a snarky 160-horsepower retort to all the snide comments we've seen about the 500's lack of gravitas.

We were eagerly anticipating the Abarth's recent North American launch in Las Vegas, and for the most part, this freaky FIAT didn't disappoint.

Our seat time in the Abarth began with a scenic tour of Red Rock State Park, a beautiful, lightly touristed area north of Vegas. First impression: the Abarth has one of the most distinctive exhaust notes we've heard in a while. At idle and low rpm, it sounds like nothing so much as the outboard motor on a skiff-a road-going Evinrude. When you're hard on the throttle, though, the Abarth really sings through its exclusive dual pipes. We found ourselves impulsively downshifting just to hear that exuberant yowl again. Love it or hate it, it's one of the Abarth's defining traits.

Then it was off to Spring Mountain Raceway-a well-known desert circuit in a town, Pahrump, that's well-known for something else-for some hot laps. Here's what we knew going in. The Abarth is powered by a turbocharged 1.4-liter inline-4 rated at 160 horsepower and 170 pound-feet of torque. Transmission? Five-speed manual; that's mandatory. The suspension is an interesting story: although our Abarth is based on the European Abarth, which has been in production for some time, it employs a sport-tuned version of the American 500's suspension, which was designed specifically to accommodate our imperfect roadways. In other words, the American-spec Abarth is more compliant than its European counterpart. But FIAT was still confident enough to let us loose on Spring Mountain for as many laps as we liked.

So we did what any red-blooded journalist would do-we hot-lapped the Abarth until they had to pry us out of the (surprisingly unsupportive) seat. Takeaways? Well, we love the engine. It's perfectly matched to the aggressive character of this car, pulling hard toward redline with only minimal turbo lag just off idle. The pedals are perfectly situated for heel-and-toe downshifting, and the shifter is a trusty companion. Fuel economy isn't bad, either, at 28 mpg city and 34 mpg highway. As for handling, we expected sharper turn-in and less body roll from a car with the Mini Cooper S in its sights, but then again, the Abarth is a few grand cheaper than a comparable Cooper S, so that's forgivable.

Driving back to Vegas, we turned off for a photo-op in a particularly scenic pocket of the Nevada desert. Set against the mountains, with the sun shining gently from the west, our bright red Abarth looked stunning. Having left behind our racetrack tunnel vision, we remembered that the Italians always bring a little extra style to the table, and that's exactly what the 500 has done in the subcompact segment. Spiced up with 17-inch alloy wheels and those dual tailpipes, the Abarth's styling is picture-perfect.

At dinner that night, we kept talking about the exhaust note, the styling, that intoxicating turbocharged thrust. And then it hit us: we hadn't thought about JLo for the entire day. Whereupon the floodgates opened, of course, and we couldn't get the phrase "Jenny from the block" out of our heads for the rest of the week. But for one memorable day in Nevada, at least, the 2012 FIAT 500 Abarth proved that it's got enough moxie to hold an enthusiast's attention. 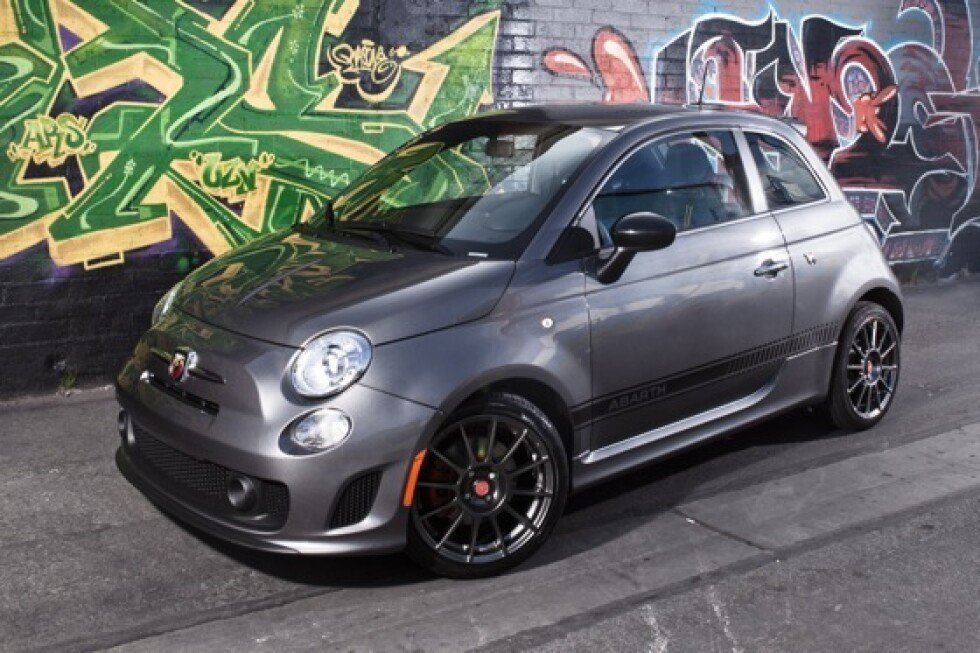