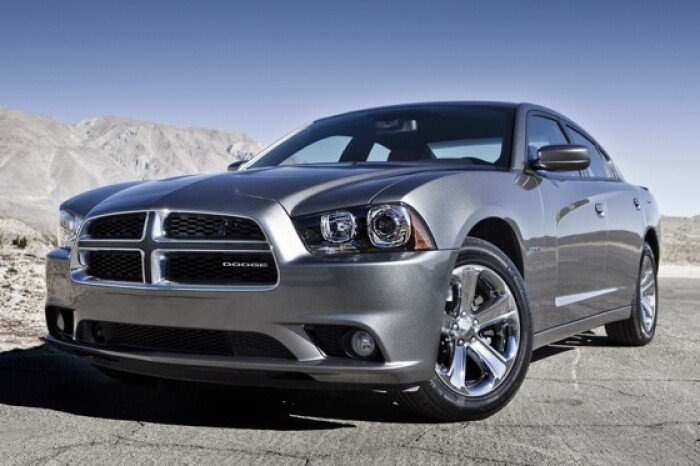 The 2012 Dodge Charger must have been designed by people who like to read car reviews. Why? Because we find it very difficult to criticize Dodge's new full-size sedan. It's as if Dodge looked at the things we normally complain about and made sure the new Charger had virtually none of them. Whereas the previous Charger was more about muscle than manners, the new one is remarkably refined and tech-savvy, yet it's still got that edgy performance and attitude that made the old one so endearing.

Perhaps because they didn't want to make our jobs impossible, the Dodge folks threw us a meatball in the form of the Charger's five-speed automatic, which is the entry-level transmission for the V6 and the only transmission offered with either of the optional Hemi V8s. The five-speed's tall ratios and sometimes clumsy shifts make it feel like a problem that someone forgot to solve. Fortunately for V6 fans, a thoroughly modern eight-speed automatic is now available-but if you want a V8, you'll have to make peace with this five-speed transmission for now.

Otherwise, what's not to like? The Charger's a star. Hopefully Dodge is reading this review, and we'll have even less to complain about next year.

The R/T gets standard 18-inch wheels but is otherwise equipped similarly to the SXT. However, there's a "Plus" suite for SXT and R/T that tacks on a 12-way power passenger seat, leather upholstery and a bunch of other goodies. Highlights for the SRT-8 include 20-inch wheels, a two-mode electronically adjustable suspension and a 900-watt, 19-speaker Harman/Kardon audio system.

Among the notable options are a navigation system, a sunroof, adaptive cruise control and a Beats by Dr. Dre audio system (not available on SRT-8), as well as a handful of packages that add their own custom flavors.

The Charger's front seats come in a variety of designs and upholsteries, but we've yet to meet a combination that didn't leave us feeling fresh after a long haul. Yes, track-day cowboys will grouse about the lateral support-even the sportiest seats aren't sufficiently snug at the sides for aggressive driving-but most won't complain, especially with the optional 12-way power adjustments in place. And we doubt anyone will complain about the Charger's new dashboard, which features pleasing curves, quality materials and a vivid 8.4-inch touchscreen (standard on all but the base SE) that's quite simply one of the most intuitive and attractive at any price. Bravo.

Rear passengers in the Charger will quickly notice that this is a downright enormous car. Adults can lounge back there in almost business-class comfort for miles on end. The trunk is also fairly big, checking in at 16.5 cubic feet.

Okay, so the Charger SE only gets a 4.3-inch central display and Bluetooth costs extra. We'll give Dodge a pass on that one, because the SE essentially exists to keep the base price down. Realistically, you'll be looking at the SXT on up, and that's where the Charger's full technological power is unleashed. The centerpiece is the 8.4-inch touchscreen, which is so crisp-looking and easy to use, it's like a miniature iPad. The optional navigation system is really just a cheesy integrated application from Garmin, so we're not high on that, but otherwise, this touchscreen comes up aces. It's so good that it makes us look forward to performing mundane tasks like adjusting the climate-control system. About the only weakness here, other than the Garmin nav app, is that the system isn't equipped with a hard-drive, so you can't store digital music permanently. The SD-card reader is a decent consolation prize, however, making it easy to take your music along for the ride.

The Charger SE and SXT are powered by a 3.6-liter V6 that puts out 292 horsepower and 260 lb-ft of torque. A five-speed automatic is standard on the SE only, while an eight-speed automatic is optional there and standard on the SXT. Not surprisingly, the Charger V6 is a tale of two transmissions. The five-speed shifts abruptly at times, and its gears are spaced too widely to take advantage of the V6's capable but rather peaky power-band. The eight-speed, on the other hand, does a great job of keeping the engine in its sweet spot, and it delivers an impressive 19 mpg city/31 mpg highway versus the five-speed's 18/27 mpg.

On the eight-cylinder "Hemi" side of the ledger, the R/T boasts a 5.7-liter V8 that cranks out 370 horsepower and 395 lb-ft of torque, while the SRT-8 goes all-out with a 6.4-liter V8 good for 470 horsepower and 470 lb-ft of torque. An aging five-speed automatic is standard either way, and that's a bummer, because the eight-cylinder Chargers would be virtually unassailable with an up-to-date transmission. Although the V8s obviously offer more low-end torque than the V6, the five-speed suffers here from the same widely spaced gears, which make it too easy to catch these high-powered Chargers flat on their feet. Still, both engines deliver delicious acceleration and glorious V8 soundtracks, and that kind of performance has a way of making transmission gearing seem irrelevant. The SRT-8 is by far the fastest Charger, of course, but the R/T isn't as far behind as you might think. Fuel economy is predictably poor: 16/25 mpg for the R/T and 14/23 mpg for the SRT-8.

Note that while rear-wheel drive is standard, all-wheel drive can be specified on the SXT (V6) and R/T (V8), yielding fuel economy of 18/27 mpg and 15/23 mpg, respectively.

In government crash-testing, the Charger was almost perfect, with its five-star overall rating marred only by a four-star performance in the frontal-impact test. The independent Insurance Institute for Highway Safety rated the Charger "Good"-the highest possible rating-in every category.

The Charger is smooth and quiet on the highway, but it's happy to get aggressive in corners, especially with the SRT-8's two-mode adaptive suspension. We like what Dodge has done with the steering, taking it from rental-car vague in the previous Charger to almost sport-sedan precise in this one. The only real downside is the Charger's enormousness, which can make tight roads a harrowing experience rather than an entertaining one. Provided you've got enough open space, though, this car's a hoot. 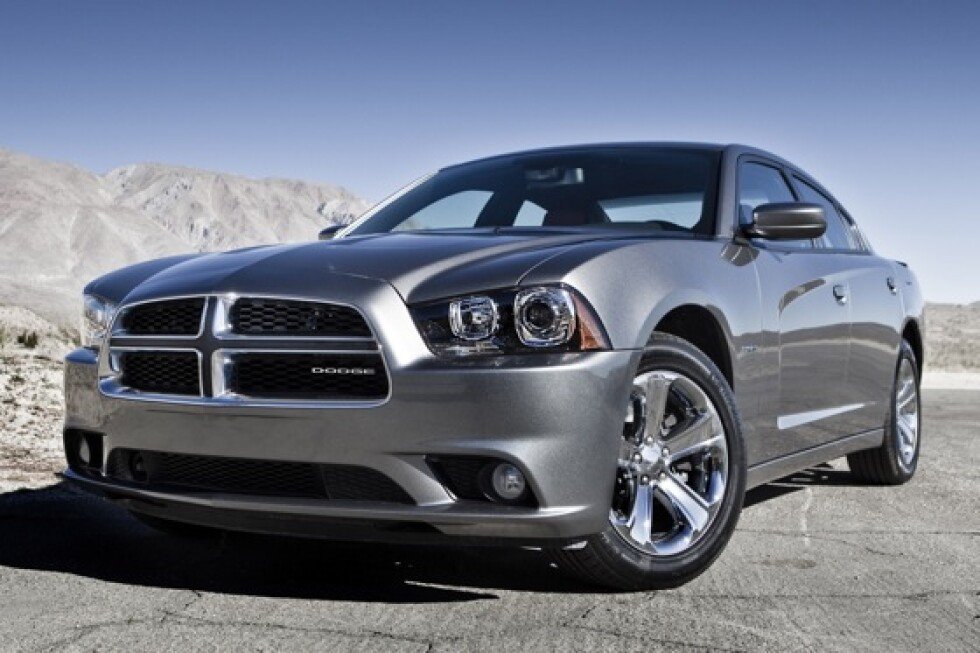