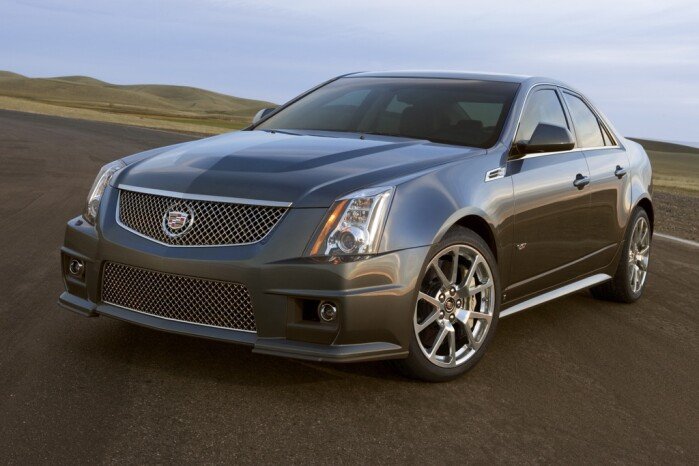 Cons: Rear visibility is limited; fit and finish don't quite stack up to the competition

It's been a long-standing joke with the Europeans that when an American sports car approaches the slightest bend, it will pack up and go home, not knowing how to handle it. In response, when Cadillac updated its CTS-V in 2008, the company famously developed the car on Europe's turf, at the Nürburgring, home of the toughest race in the world, the 24 Hours of Nürburgring. And those of you who follow manufacturers overseas know that every time they test and develop a car on the Nürburgring, they make a huge deal of it, saying that if a car can handle the 147 corners it takes to complete a lap of the 14.17-mile track, it can handle anything else you throw at it.

So when Cadillac thumbed its nose at the Audis and BMWs of the world, the world wanted to see if Cadillac had indeed come up with something more than the point-and-squirt muscle cars America has been known for. In fact, Cadillac made such a good car that it lapped the track in seven minutes and 59 seconds, making it the fastest production sedan on factory tires to lap the track, beating out all its German rivals.

The best ending to this story is that anyone can buy one. Well, anyone with $64,000, anyway. But, while there's no arguing that the car is quick, how does it work in the day-to-day routine?

The biggest concern with these near racing cars for the road is comfort. While roadholding is the preferred characteristic on the track, it typically means too harsh a ride for daily realities like potholes and speed bumps. So our main concern was how well the CTS-V could handle those, especially since our test took place in pothole-ridden Chicago - and the V was surprisingly good. The CTS-V utilizes a magneto-rheological suspension system. This means that each shock absorber is filled with metal filings suspended in oil. Around the casing are electromagnets that can be activated by a button in the cockpit. This completely changes the way the shocks react to bumps and dips in the road. The effect is profound. In normal Touring mode, the ride is extremely supple, without feeling numb.

The interior of the V is a nice place to be. The optional Recaro seats led to the same question as the suspension. Like track cars, racing seats, typically with the Recaro logo stitched into them, can be unforgiving in a daily driver. But the ones in the CTS-V have the benefit of electronic adjustability. The bolsters do a superb job of keeping whoever is in the seat well planted, and they can be adjusted for a snugger or looser fit. This adjustability makes the Recaros extremely comfortable, even on long journeys - although it can take some time to get the seats dialed in exactly right. Comparatively, the standard seats can be a little stiff and lacking in support.

Utility isn't sacrificed at all by stepping up to this souped-up version of the CTS, as is typically seen with high-powered cars. What's more, the V is available in all three CTS body styles - sedan, coupe and wagon. The latter offers ample space for anything you can throw at it. The only limitation is the sloping roof, which eats into room for tall objects. Similarly, in the sedan, the trunk size is spacious, but the aperture into the trunk is small, preventing you from easily stowing larger objects.

One of the selling points of the CTS line is its interior technology. All Vs come with navigation, and the tech focus becomes apparent immediately after starting the car, when a screen rises from its resting place in the dash. The touchscreen interface is intuitive, if a little sluggish. The system offers connectivity for an iPod, satellite radio and GM's OnStar concierge service. With XM radio service enabled, the navigation also gives you real-time traffic reports to allow you to alter your route to get around jams ahead. Our only qualm is that the Bluetooth connection can only be utilized for phone calls, not for streaming music from a device like an iPhone, which is a feature found in the car's competitors.

The Bose 5.1 surround sound audio system is absolutely fantastic. Default settings are a little heavy on the bass, but that's to be expected with a Bose system and can be easily adjusted to rein it in. The system can even adjust speaker delivery based on how many passengers are in the car. A backup camera is standard - a nice feature since the car's thick C-pillars tend to block rear visibility.

With the wonderful LSA engine, a variant of the Chevrolet Corvette ZR1's engine that will also go into the Camaro ZL1, it's no surprise that power is the centerpiece of the CTS-V. And there's a lot of power to be had. With the help of an Eaton supercharger, the CTS-V puts 556 horsepower through the rear wheels and uses 551 lb-ft of torque to move its 4,200-pound weight around. The power is intoxicating and makes keeping the economy up by the car's quoted 14/19 mpg with the standard six-speed manual transmission. (Those figures drop to 12 mpg city/18 mpg highway with the optional six-speed automatic transmission.) Passing maneuvers are dead simple at any speed, even without having to drop a gear in the gearbox.

The CTS-V, like the CTS it's based on, received five-star ratings in every test other than rollover, for which it received four stars, from the National Highway Traffic Safety Administration. It earned top marks in all tests performed by the IIHS. The 2012 CTS sedan was named an IIHS Top Safety Pick.

When the CTS-V is taken out of Touring mode and shifted into Sport, the car really comes alive. With the suspension stiffened up and the steering weighted a bit heavier, every bump and crease in the road is fed back to the driver, allowing the minute adjustments the suspension allows to keep as much traction as possible. Despite its weight, the car remains mainly neutral without plowing through even small, tight corners.

However, if performance driving isn't needed for the task at hand, the car can be put back into Touring mode, from which it becomes as docile as a regular CTS. It truly is a sleeping giant that can be as restrained or as raucous as you choose.

Lexus IS-F - The Lexus is $3,000 cheaper, but we much prefer the CTS-Vs driving experience, which keeps the driver feeling connected with what's going on at asphalt level. The IS-F's computer controlled systems are impressive, but they distance the driver from the experience.

BMW M3 - Yes, the CTS-V was the fastest production sedan to go round the 'Ring, yet we suspect it was a lot more work to keep under control than the M3. The M3 feels much more neutral and easier to take right up to its limit. However, it is a lot harsher on the road than the CTS.

Jaguar XFR - The XFR also comes with a supercharged V8 but only has 470 horsepower on tap. However, you get a lot more equipment as standard -as you should considering its much higher starting price of $80,000. 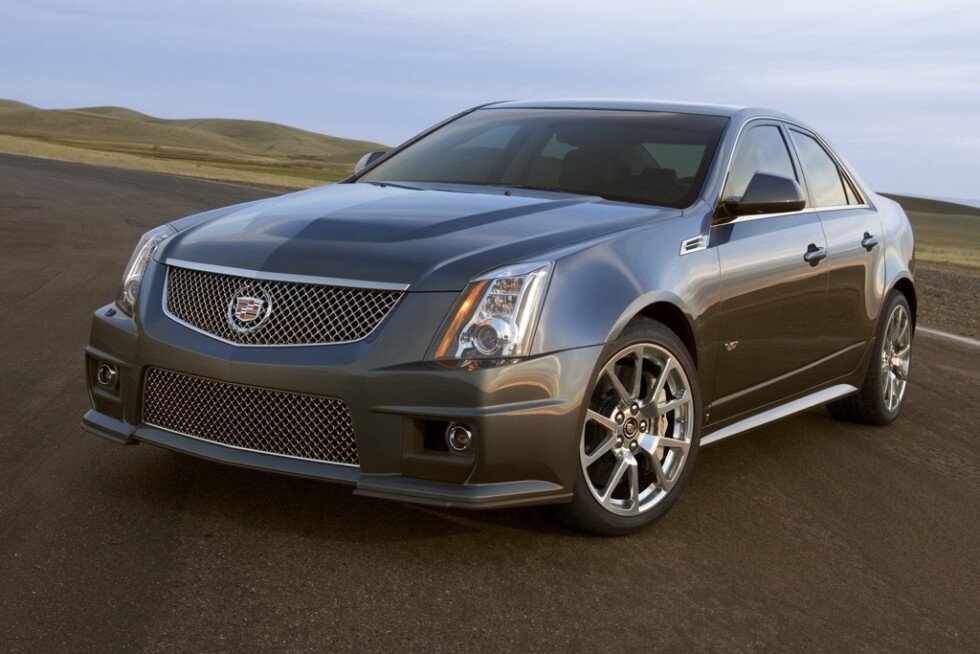