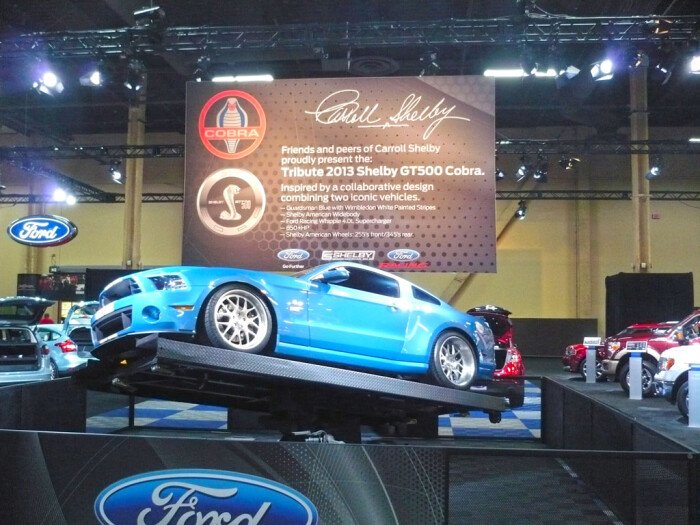 The Las Vegas Barrett-Jackson Collector Car Auction is over. It was an exciting, three-day event. It is an event, not just an auction. Think of a Barrett-Jackson Auction as more of a car and vendor show with an auction thrown in.

I was amazed when I arrived Friday morning to see lines of people buying general admission tickets; I’m not used to that at a collector car auction. Barrett-Jackson says they had over 68,000 attendees. Figure that most were paying customers, not bidders, sellers or VIPs. They didn’t come to just browse the vendors or argue over their favorite car; a large number sat and watched the cars and Automobilia being bought and sold.

Although other auto makers had a presence, Ford and those that modify Ford products were predominant. Ford had a large display in the vendor area with their performance models front and center.

Shelby American, Inc. is 50 years old this year and they were a big part of the Barrett-Jackson Las Vegas Collector Car Auction. Not necessarily the auction side although there were more than a few Shelby’s that went across the block, but also as part of the car show/event. Shelby has been traveling the nation with a nice representation of their vehicles past and present, and the merchandise they sell.

One of the things I asked John was about Shelby’s future. John started off by saying that Carroll Shelby set out a plan for the next fifty years before he left us. Shelby is definitely looking to stay with Ford in the future; John said that one of the things Carroll said to him was that it was good to be home with Ford. Without giving away any secrets John made it clear that they are already working on the next generation Mustang and a few other Ford models (he kept mentioning the EcoBoost engines, Focus and Fusion). John said that no matter what they build it will always, “look like a Shelby, drive like a Shelby, and sound like a Shelby.” That’s good news to all Shelby (and Ford) aficionados.  Mr. Luft said, and I agree, that Shelby cars are Ford’s “halo” cars.

Barrett-Jackson auctioned six cars for charity. It is indicative of the audience at this event that one of them, a bone stock 1955 Chevrolet 210 Hardtop with a six-cylinder sold for $50,000, about half what the seller/donor had hoped to get. In a spontaneous show of support the audience then started donating additional money, adding a thousand here, a couple more there, until they reached an additional $50,000. The proceeds, $100,000, were evenly split between the Festival of Hope of Scotts Bluff (Nebraska), a foundation that aids local cancer patients and the Russ and Brian Jackson Cancer Research Fund at T-Gen.

If you’ve never been to a Barrett-Jackson Collector Car Auction and you can get to one of the four locations (Palm Beach FL, Orange County CA, Las Vegas NV, and Scottsdale AZ) you owe it to yourself to go even if it’s just to watch others spend money. Check http://www.barrett-jackson.com/ for more information. 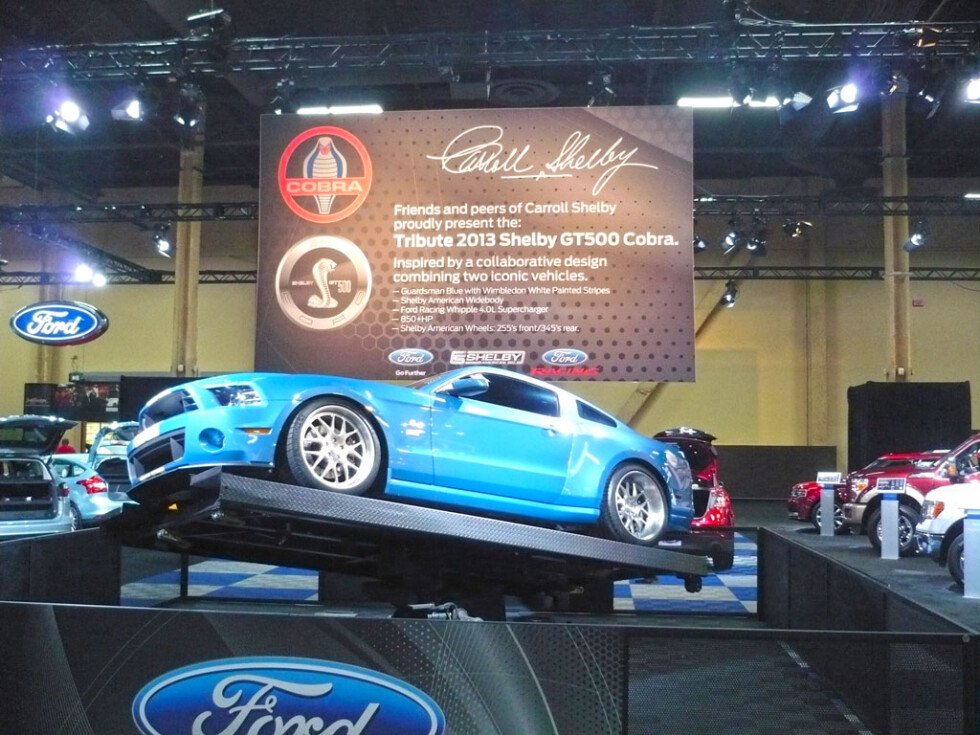