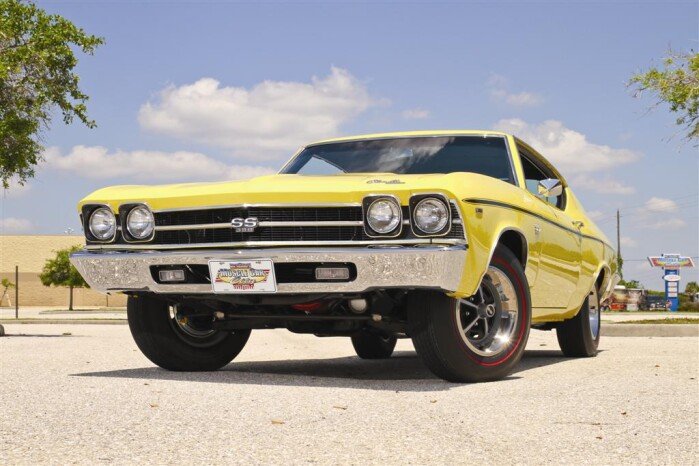 
The year was 1969 and the Big Three, along with American Motors, were doling out horsepower like free candy in a candy store. But it was General Motors who was the volume leader of muscle car sales. The reason was simple: Chevrolet, Buick, Oldsmobile, and Pontiac each had something unique to offer customers. Yet it was Chevrolet who led the pack. And while Chevrolet’s mid-size Chevelle SS 396 shared its platform with the 442, GTO, and Gran Sport, it–along with the rest of the GM lineup–had its own personality.

The Chevelle body was in its second year of production. A new grille with a horizontal bar separating the upper and lower section gave a wider look to the front end. Parking lamps were moved inboard into the center bumper opening. The body side molding was eliminated and replaced by an optional body side stripe. Larger taillamps and a blacked out center panel gave the rear end a more aggressive look.

For 1969, the Super Sport became an option package, RPO Z25, rather than a unique model as it was in 1968. The SS 396 package included a mild mannered 325 horsepower 396 cubic-inch V-8, three-speed manual transmission, domed hood, black accented grille, power front disc brakes, wide oval tires, and special suspension system. Buyers were required to hand over an additional $347.60 for the pleasure of ordering the option.

Inside, the Super Sport was comfortable but not luxurious. The dash sported twin round gauges centered above the steering column. A vinyl-covered front bench seat was standard equipment, but Strato-bucket seats could be selected from the option list. The seat cover design was slightly changed from the previous year. Nineteen sixty-nine was the first year for headrests, beating the January 1970 federal requirement by about four months.

All Super Sports were powered by Chevrolet’s big-block. The base 325-horse engine, RPO L35, provided more than adequate performance along with the ability to be ordered with air conditioning. For those wanting more performance, the 350-horsepower version was available as RPO L34. Added performance pieces gave the Chevelle improved performance, yet it was mild enough for work-time traffic. Buyers could choose from two versions of the 375-horse engine. The primary difference was that the L89 included aluminum heads, shaving about 100 pounds from the weight of the vehicle. While not on the official option list, a 425 horsepower, 427 cubic-inch powerhouse was available but dealers were required to place the order via the Central Office Production Order (COPO).

The base transmission was a three-speed manual. Additionally, three versions of the Muncie four-speed were available. The wide-ratio M20 provided the best package for the street. The close-ratio M21 kept the engine closer to its torque curve, and the close-ratio M22 was the ultimate if serious drag racing was the owner’s goal. Chevrolet’s two-speed Powerglide was canceled for 1969 and replaced with the stout three-speed Turbo HydraMatic trans.

Considering the long list of available performance and comfort options, the Super Sport catered to the masses, whether they wanted simple, low-cost performance or high-end luxury combined with performance. By the end of the model year over 86,000 were sold, making the Super Sport a bona-fide success for Chevrolet.


Insurance cost
Insurance cost is $196/year for a $21,600 1969 Chevelle SS 396. This is based on 3,000 miles per year of pleasure driving.
*Based on a quote from Heacock Classic Car Insurance, www.heacockclassic.com

Handling – The four corner coil spring ride was relatively soft for a muscle car and pushing it into hard turns proved to be a difficult–if not a near impossible–task. The optional F41 suspension added a rear anti-sway bar that improved its cornering ability.

Review
The Chevelle SS 396 was then, as it is today, a highly sought after performance car. With a plethora of powertrains and crisp body lines, it remains a head turner at traffic lights and cruise nights alike. High horsepower versions are commanding extraordinary prices at auctions. 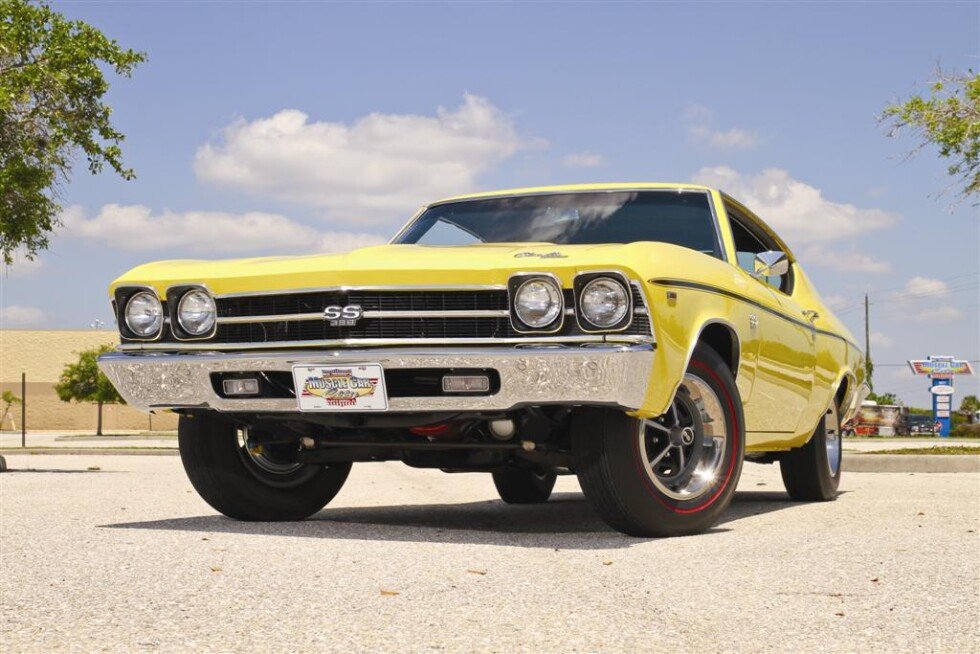