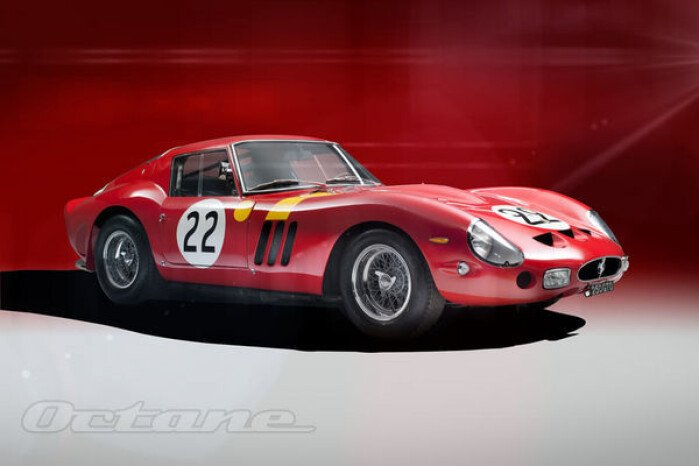 In mid-March 1961 William Lyons and his merry men at Jaguar unknowingly launched a bombshell straight into the Ferrari compound  in Maranello, Italy.

Girolamo Gardini, Ferrari’s influential sales manager, had just returned from the Geneva Motor Show, where he witnessed the debut of the E-type. Then in his late 30s, Gardini joined Ferrari in 1943 and had been its sales manager since 1950. Quiet, sagacious and one who kept his cards close to his vest, he was a loyal Ferrari man to the core and had been through the ringer before. But the E-type truly rattled the normally unflappable Gardini.

The reason was simple: ‘The 250GT SWB was our workhorse,’ engineer Giotto Bizzarrini told me when we discussed the origins of the 250GTO in the early 1990s. ‘We were planning on using it to defend the title. But the E-type’s debut… really caused major concern for Gardini. He felt the season was going to be a disaster, and repeatedly stated “They are going to beat us with their GT so we have to make something!”’

In short order, Enzo Ferrari put Bizzarrini in charge of creating a car to repel the potential E-type onslaught. The assignment was heady stuff for an engineer just eight years out of college, but by then Bizzarrini was accustomed to it. After graduating from the University of  Pisa in 1953 he worked at Alfa Romeo in the experimental department until Ferrari lured him away in 1957. At Ferrari, Giotto received considerable tutelage from one of the all-time master test drivers, technician Luigi Bazzi.

Which is exactly what he had previously done with the 250 Testa Rossa, 250 Spider California, 250GT SWB and 250GT 2+2. But this project would be different from those cars – the engineer says Ferrari wanted him to conduct development and testing in total secrecy, using a small group of personnel Bizzarrini would hand pick.

Even though a 250GT SWB placed third overall at Le Mans in 1961, Bizzarrini knew much work lay ahead. He was given a SWB (chassis 2053 GT) as his experimental mule, and threw himself into the job. He first placed coil springs over the rear suspension’s shocks, then focused on two of his engineering passions: aerodynamics and a proper centre of gravity.

He moved the V12 so far behind the front axle that the prototype was a front/mid-engined design. Not only did that bring the masses closer to center, it allowed for a much lower frontal area than that of the SWB.

The team’s hand-formed prototype more closely resembled something from Mad Max than an all-conquering creation from Maranello, with a steeply raked two-piece windscreen and pointy nose that jutted out awkwardly from the front fenders. The silhouette was pure, instinctive Bizzarrini, from the A-pillar forward resembling his next creation, the one-off 250GT SWB ‘Breadvan’ that he would build for Count Giovanni Volpi.

The prototype’s fenders and proportions echoed the production GTO, while the rear profile was similar to the Low Drag Lightweight E-type that would appear later. Foretelling the future, three air intakes were found over the nose’s small oval opening.

Recalling the prototype’s unrefined appearance, Bizzarrini said: ‘I am a test driver, not a designer or stylist. That car was so ugly we nicknamed it Il Mostro [the Monster].’

During Il Mostro’s building and testing, the engineer says Enzo Ferrari was a daily visitor with a single command: ‘Hurry up!’ The period was so intense, the work so constant, that the small, tight-knit team toiled around the clock. ‘We had no idea what a weekend was,’ Bizzarrini reflects, saying he would often be awakened in the night with a ringing telephone and a voice saying it was time to go testing again.

Those weeks of constant pressure and minimal sleep paid off late that summer. On the weekend of September 10th, Bizzarrini says Stirling Moss and Willy Mairesse both put in laps at Monza several seconds faster than in a standard SWB.

Just as the engineer was preparing to turn his monster into a maiden, another explosion detonated within Ferrari’s midst. Sales manager Gardini was a powerful presence in the company, much of it coming from the way he played the exotic car market like a fiddle. In the days when Ferraris were constructed in the dozens and not the thousands, he told me of his philosophy. ‘You should never go chasing the client. You should wait for them to come to you.’ Which he masterfully did.

Gardini was intimately involved in determining who would get a new car tomorrow, who would have to wait, who would get a secondhand Ferrari, and who would be denied altogether. In short, Ferrari’s success was Gardini’s life; he gave everything for the company’s prosperity.

One can thus only imagine the surprise Bizzarrini felt when Gardini, chief engineer Carlo Chiti, racing manager Romolo Tavoni and administrative manager Ermanno Della Casa came into his office, immediately asking him: ‘Which side are you on? Are you with Ferrari, or are you with us?’ The engineer quickly learned there had been another row between Gardini and Ferrari’s meddlesome wife Laura, causing Gardini to confront Enzo to get her under control. When Ferrari pushed back, Gardini threatened to leave.

To which Ferrari quickly replied: ‘You are gone.’

Like many in Maranello, Bizzarrini greatly respected Gardini’s talents, so he joined his cohorts in signing a letter to try to get Gardini rehired. When the letter was presented to Ferrari, Enzo’s response was simple: ‘All of you are gone, too!’

In that blink of an eye Ferrari had gutted his top-level engineering and management ranks, a setback that, ironically, only highlighted two of the Old Man’s greatest strengths: recognizing talent, and motivating it. And talent was exactly what he saw in the 26-year-old Mauro Forghieri, a green  engineer who had primarily worked on engines and gearboxes for the previous two years.

‘I was one of the few engineers remaining,’ Forghieri told me, ‘so the Old Man offered me to take care of the racing. He made it very clear he was behind me 100%.’ That gave him the confidence to concentrate on only that task, knowing he would not be involved in company politics.

Ferrari then turned to one of his most trusted allies, coachbuilder Sergio Scaglietti. The humble artisan had been a sanctioned Ferrari coachbuilder since 1953, had created championship-winning cars such as the 250 Testa Rossa, and was extremely close to Ferrari. Indeed, in the late 1950s Enzo  co-signed the loan that allowed Scaglietti to expand his coachbuilding concern.

‘Bizzarrini’s car was too complicated, using too many tubes,’ Scaglietti told me. ‘We threw everything away, wanting to make something simple.’ Still, Bizzarrini’s prototype and Scaglietti’s ‘production’ 250GTO had the same general forms, proportions and also some  surface treatments.

The Palace Revolt, as the mass firing was often called, caused development and testing delays, intensifying the pressure on Scaglietti. He responded accordingly, recalling how he constructed Ferrari’s new competition berlinetta in 20 days that were anything but smooth.

‘When we were building the body,’ Scaglietti says, ‘a new FIA regulation came out regarding the windshield’s [minimum] dimensions. Our original idea was to have [a windshield with] a steeper rake… but we realised it wouldn’t pass scrutiny. Our solution was to increase the windshield’s incline…’

According to Keith Bluemel and Jess Pourret’s book Ferrari 250 GTO, Scaglietti’s handiwork  was completed by December 5th on chassis 3223 GT. The spotlight now swung on Forghieri, and the testing regimen.

It did not start well. At the wheel of 3223 GT was Willy Mairesse, the intense Belgian in his early 30s whom Bizzarrini had also used. Forghieri and crew frequently utilized the new Bologna-to-Florence highway and its empty straights and turns for testing. One day after exiting a tunnel and crossing a bridge, the GTO skidded off  the road.

‘Everybody immediately thought the fault was his,’ Forghieri notes. ‘Mairesse was a very brave, strong guy – perhaps too much so. So maybe he had gone too fast, made a mistake, and lost control.’ But when Forghieri spoke with Mairesse and passenger Gaetano Florini, the engineer knew ‘…in the way they described the problem… it was aerodynamics and the set-up.’

Testing returned to Monza, where Forghieri used Stirling Moss’s times as a benchmark. When upstart Lorenzo Bandini was behind the wheel, ‘He was far away from Moss’s times. He didn’t like to take risks, and complained about the car’s handling and stability.’

They returned to Maranello, Forghieri quickly determining the conclusions about Mairesse’s testing accident: they were indeed set-up and aerodynamics related. So they replaced the original coils with stiffer springs, and installed a Watts linkage ‘to control the rear axle’. The final headache remained: rear end lift. The team found their solution on Ferrari’s 1961 endurance racers and fitted a small spoiler on the back of the  GTO’s decklid.

In March 1962, just 14 days before the GTO’s coming out party in Florida, the development team returned to Monza. The second GTO, chassis 3387 GT, was their test car, and it sported the rear spoiler. After Forghieri’s men made the final mechanical adjustments, ‘Bandini was as quick as Stirling Moss. This offered incisive proof the car was totally set-up.’

On March 24th, chassis 3387 GT was several thousand miles from Monza, competing in the 12 Hours of Sebring. Driven by endurance aces Phil Hill and Olivier Gendebien, the GTO finished second overall to a Ferrari 250TR/61. That impressive debut simply served notice of what was to come. Over the next three years, the 250GTO won three FIA World Championships.

Our featured GTO, chassis 3757 GT, first raced at Le Mans in 1962, where it finished third overall and second in class. During those three Championship-winning years, chassis 3757 had four different owners and competed on 29 other occasions. According to the car’s competition history in Ferrari 250 GTO, it took the chequered flag four times, had ten other top-five finishes, and won its class 14 times. In short, the GTO  could flatter anyone.

Which is just one reason why this Ferrari remains such a legend, five decades after its  1962 Sebring debut. 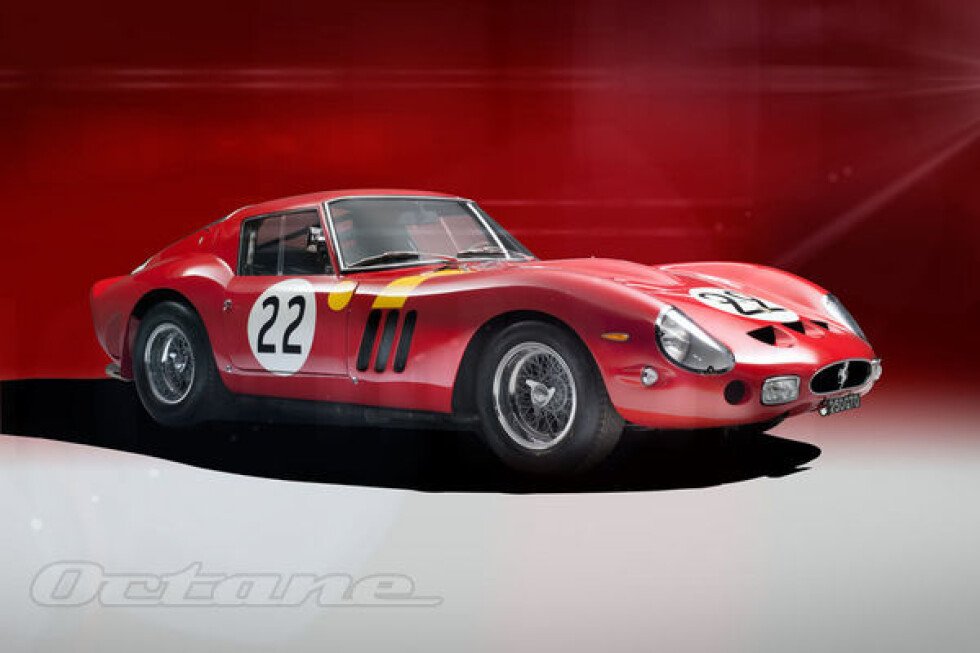