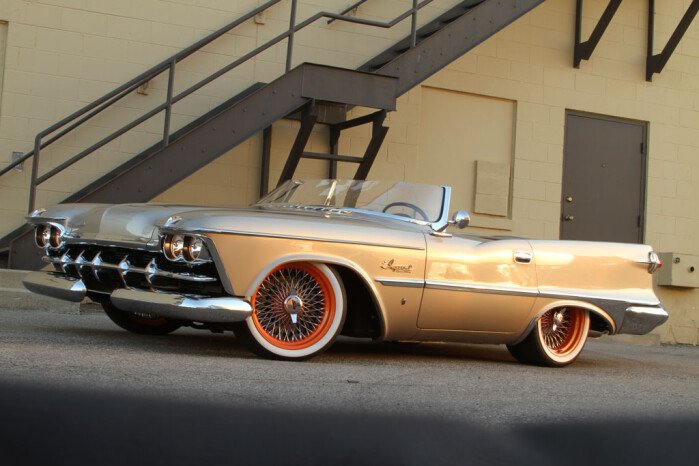 As owner, designer and builder Murray Pfaff puts it, the Imperial Speedster is the concept car that Chrysler never envisioned. It’s a two-seat roadster hewn from a massive 1959 Imperial Crown Custom sedan. There simply isn’t room here to get into every detail that consumed 10,000 hours of painstaking craftsmanship, but in a nutshell, the car’s body was cut into 46 major sections and welded back together in his Royal Oak, Mich. home’s two-garage. Well, not all of it went back together.

“Proportion was the foremost priority with the car,” says Pfaff. “With the vision of what I wanted the car to look like, I concentrating on getting the body and its proportions just right. Once that was accomplished, I focused on putting a frame and drivetrain beneath it.”

Pfaff and a number of friends whacked the land yacht in five places to take 52 inches – that’s more than 4 feet – out of its length. He also sliced a big swath out of the middle, narrowing the car by 8 inches, and sectioned it by 3 inches. If you aren’t familiar with that latter customizing technique, it literally involves removing a horizontal band of the bodywork around the entire car. It’s the same principle as chopping a top, but doing it to the entire body.

If that degree of sheet metal surgery doesn’t totally floor you, the rest of the car’s details surely will. The doors, for example, seamlessly meld the fronts of the original front door with the rear sections of the rear doors, while undersides of front fender tops are trimmed, with the headlight buckets separated from the grille bar and moved up into the fenders for a more serious appearance. And let’s not forget that this thing originally had a roof when Pfaff started.

Indeed, it is more than sheet metal surgery. It is art rendered with a plasma cutter and welder – and finished off in a Jaguar Topaz color from PPG that is similar to the car’s original color.

Inside, a completely custom interior is set off by the unique, rectangular steering wheel and gauge cluster from a 1960 Imperial. The gauges themselves are custom, refaced instruments from New Vintage USA. PJ’s Trim Shop in Hemlock, Mich., sewed up the sumptuous cabin.

“When you stand back and look at it, it has the classic styling from the Motorama era,” says Pfaff. “All of the details were standing in plain sight on the stock, four-door Imperial, but there was simply too much sheet metal between them. We simply carved the Speedster out of the sedan.”

Once the body was chiseled into its final form, it was placed on – of all things – a slightly modified version of the 1969 Camaro G-Machine chassis from Schwartz Performance. The Imperial Speedster rides on a 91-inch wheelbase, with an independent front and rear suspensions. The rear axle is from a Dodge Viper. Again, many mods were required to make it all work, but work it does; and at the corners are Dayton wire wheels (17x8-in. front/18x10-in. rear) with Lamborghini Orange rims, wrapped in Goodyear tires.

The torque to spin those big Daytons comes from a late-model 6.1-liter Mopar SRT HEMI engine, rated at 425 horsepower and 410 lb.-ft. of torque. Like the rest of the car, it has been worked over to become one of its artful elements, including custom valve covers and a modified intake manifold. The manifold was actually turned around on the engine, with the throttle body facing the firewall. That allowed Pfaff to fabricate the stylish “intake blades” motif that faces forward under the hood.

The chassis system works well and the 425-horsepower HEMI delivers plenty of on-demand power, making the car a great driver. Pfaff and the Imperial Speedster are regulars along Woodward Avenue, in suburban Detroit, during the summer cruising season and the car is a veteran of the Hot Rod Power Tour. In fact, Pfaff has put nearly 4,000 miles so far on a car most people would assume is hermetically sealed when not collecting awards and trophies at events around the country.

“Somebody told me it’s like a trailer queen without the trailer,” laughs Pfaff. “I thought that was a perfect summation.”

Well, it did hitch a ride on a transporter at least once, when auto shipper Pilot Transport delivered the car to Naples, Fla., so Pfaff’s 92-year-old father could check it out and go for a ride.

Indeed, the Speedster’s blend of classic Detroit style and modern performance and mind-bending craftsmanship makes the Imperial Speedster more than a custom car. It is the embodiment of the boundless spirit and visionary design that drove Detroit decades ago – and a reminder of the days when function followed form.

“I believe this car could have sprung from the design table of the late Virgil Exner – Chrysler’s famous design chief,” says Pfaff. “Detroit was at its best when styling trumped all else.”

That’s certainly the case with the Imperial Speedster.

Are you going to be at the 2012 SEMA Show and want to see more of the Imperial Speedster? Drop by the AutoTrader Classics booth (#22697) in Hot Rod Alley and see this amazing vehicle in person! 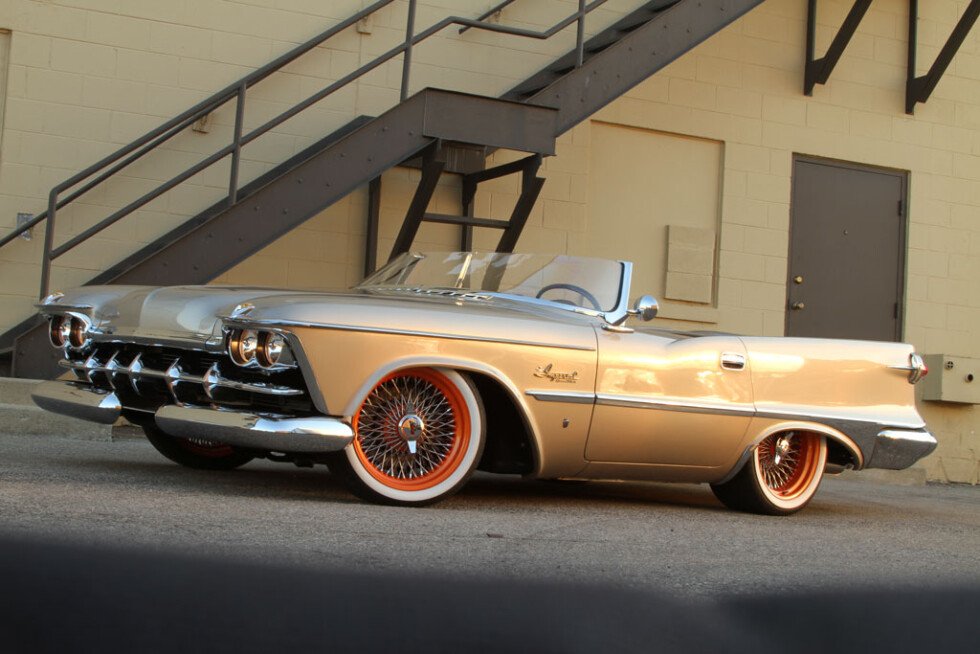