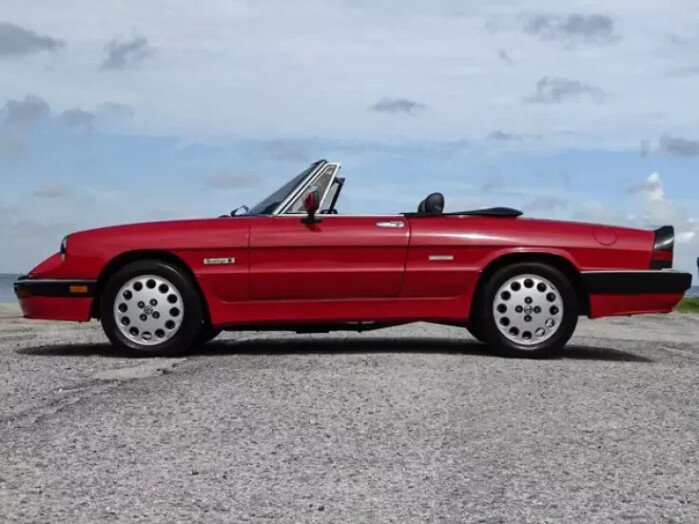 What Classic Can You Buy with $15k?

Have you always dreamed of owning a classic car or truck but have a limited budget? We’ve all been there and who wouldn’t want a classic just to have for the weekend or for a date night? As tempting as that dream is, the reality of not breaking your bank account is more important since we all have bills to pay.

The collector car market isn’t just for the rich and famous and with that in mind, we wanted to put together a list of affordable classics from a wide range of categories: trucks, American classics, hot rods, imported European and Asian classics, muscle cars, and antiques. Although we set a max price of $15,000 for our searches, we also tried to find vehicles that weren’t that high as we assumed you’d need a cushion in your budget to allow for some repairs and improvements. In compiling this list of classics, we didn’t just try to find outliers or one-off examples but focused on those Models that consistently could be found within our budget. At the time when we compiled this list, there were nearly 6,500 classic cars for sale under $15,000 listed on our site. In case you’re wondering, all the vehicle photos are from actual listings that were at or under our $15k budget. 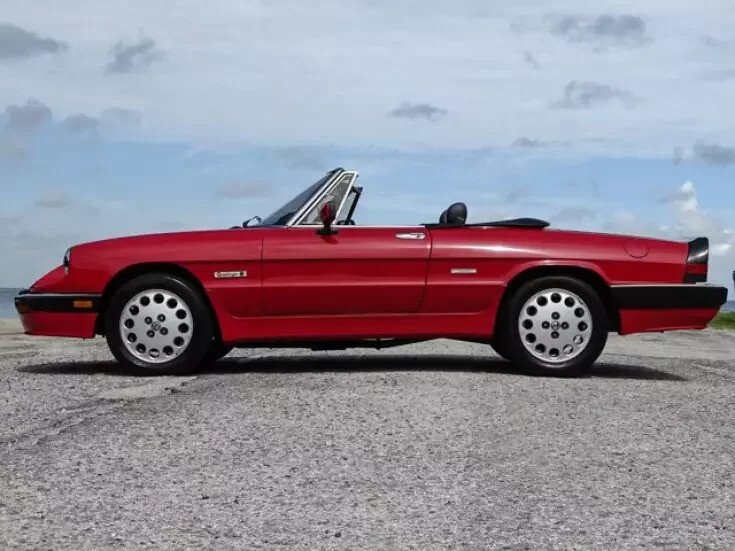 The Alfa Romeo Spider features Italian classic styling and design by Pininfarina, manual shifting, and are known for their balanced handling, especially on a windy road. Those models painted red are the most desirable in our opinion. Who wouldn’t want a convertible for those days and nights when the weather is cooperating? Don’t expect to be blown away by their power; these lightweight cars are more about being nimble. There were 35 Alfa Romeo Spiders under $15,000 when we conducted our search. We would suggest focusing on the $11,000 - $14,000 price range. For the years we recommend, the Graduate trim is the lowest priced, entry-level, and had the highest production numbers while the Quadrifoglio is the highest priced. A total of 110,000 Spiders were produced between 1970 and 1993. 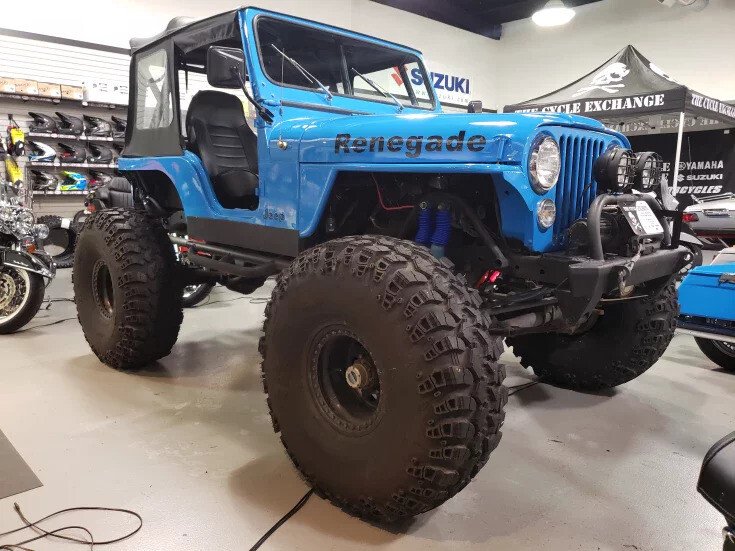 The Jeep CJ Series, which includes the CJ-5, CJ-6, CJ-7, and a few others, comes from a long and storied history as the original CJ was one of the first widely-available 4x4 all-wheel drive vehicles sold in the U.S. Rugged, adventurous and an American icon, it’s no wonder the Jeep CJ made our list of Top 10 Classic Trucks. There were nearly 400,000 CJ-7’s produced over 11 years, most of which featured a 6 or 8-cylinder engine and we are preferential to this model. While searching on our site, we found 62 available CJ models listed on our site for under $15,000. We think an affordable CJ is worth the investment, even if you must take some time and money to improve it. Plus, these SUVs will always have a solid resale market. 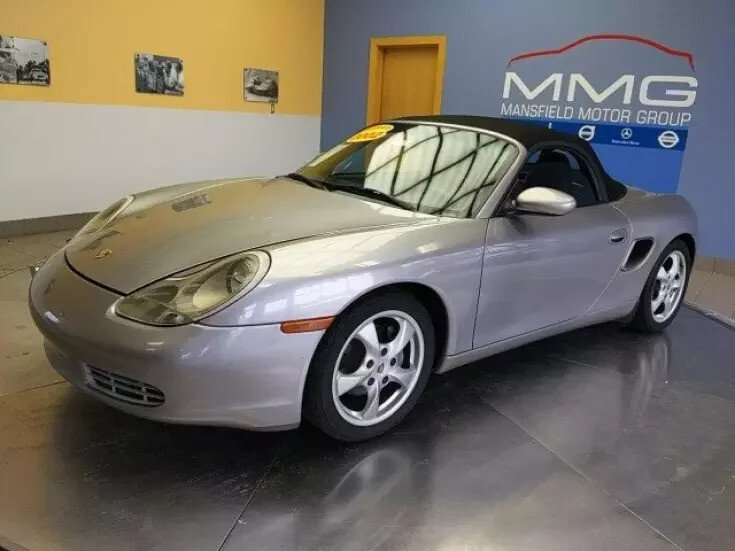 While a Boxster is not a 944 or even a 911, we think you can’t deny the value, performance and handling you’ll get at this price point. Given Porsche’s heritage, the mid-engine Boxster from the early 2000’s provides plenty of “go” along with modern technology and comfort. Take note that all Boxster engines were revamped to a 2.7-liter, 217 horsepower with 192 lb-foot of torque staring with the 2000 model year. The Sport model is worth it given the improved cornering at high speeds. Like all Porsche models, we would advise you to buy the lowest mileage Boxster you can afford. If you’re serious about buying a Porsche Boxster, you may also want to read this guide on buying a used Porsche Boxster. A Porsche Boxster for $15,000 or less could provide you many years of enjoyment. 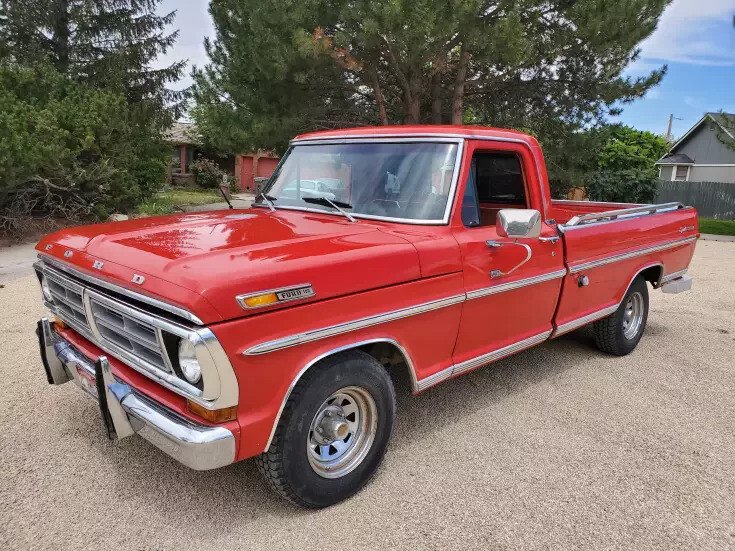 A Ford classic truck is American as apple pie, baseball, and jazz (or hip hop, depending on your tastes). While most of the 84 Ford F100 listings under $15,000 needed some work, there were a few gems to be found. Premium F100 examples, mostly model years in the 1950’s, can be priced between $50,000 to as high as $160,000 so to buy a running example at an affordable price, gives you plenty of room to restore and make improvements to its condition. We think the discerning buyer could find hidden values by looking at the model years in the early 1970’s. 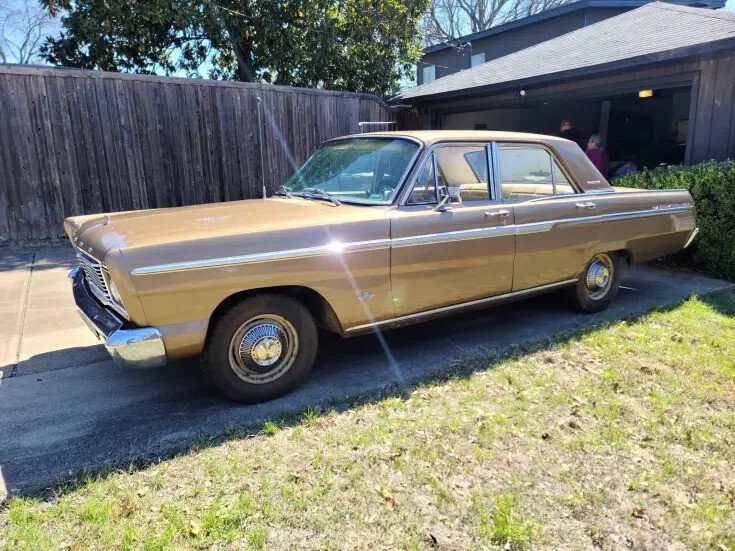 Produced from 1955 – 1970 with over an estimated 1 Million units sold, the Ford Fairlane can be found in multiple different body style configurations including sedans, station wagons, and convertibles (with or without a hardtop). Premium examples of the Fairlane can range from $40,000 to $85,000 so if you buy a Fairlane under $15,000, be prepared to give it some TLC. A very capable model can be found for $20,000 to $30,000 if you’re able to stretch your budget. We really love the styling and lines found on the 2-door coupe and convertible versions from the early to mid-1960’s. 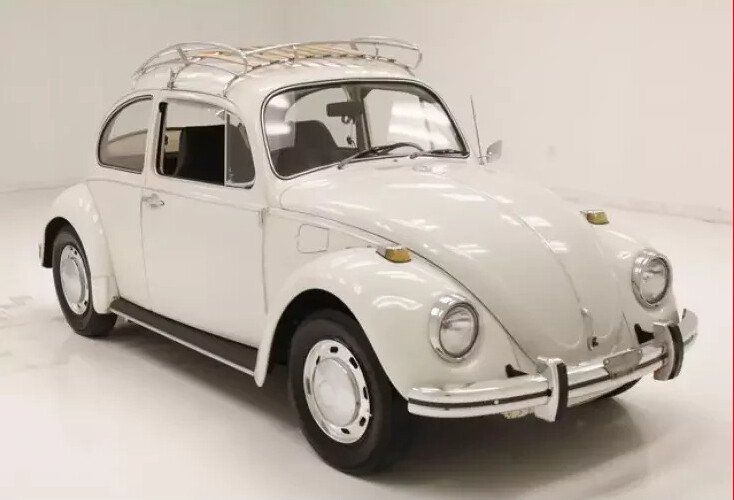 The Volkswagen Beetle (Type 1), was a mass-produced vehicle with over 15 million units built. All Beetles made before 1975 featured an air-cooled engine. Known as “the people’s car”, it was affordable, cute, reliable, practical and its simple engine design allowed almost anyone to work on it at a relatively low cost. Available in a convertible or coupe body style, we would advise you to try and find a model with either a 1500cc or 1600cc engine. Given the age of these vehicles, we recommend you check for rust throughout the body, especially the floor pans. Although the Beetle’s popularity has waned in recent years, selling primarily off its timeless design, we think there are opportunities to find a late 1960’s Beetle within our budget. At the time we searched our site, there were 100 or more Beetle models for sale under $15,000. 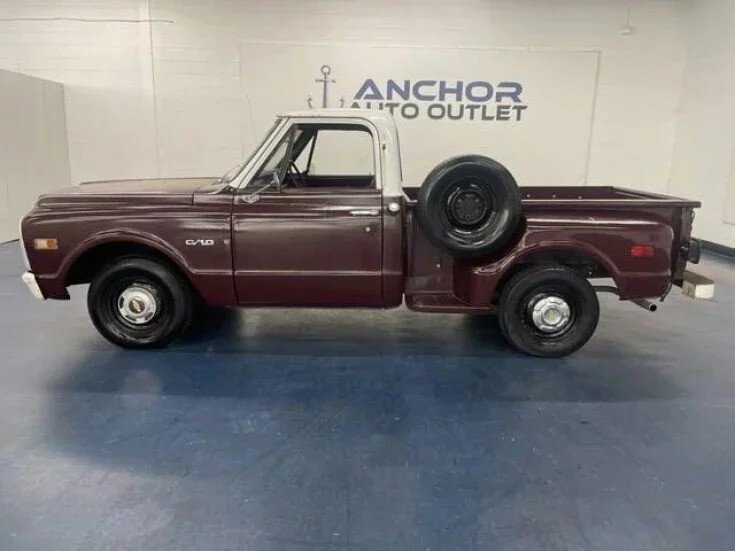 The Chevrolet C/K truck was produced from 1960 to 2002 and the third generation of the C/K truck, with its straight lines and boxy appearance, made our list of best classic Chevrolets ever produced. While a premium example can easily be $55,000 or more, if you’re willing to roll up your sleeves and put in some sweat equity, there is an opportunity to turn a project C/K truck for $15,000 or less into a respectable classic truck you can drive regularly. When we searched our site, of the nearly 1,000 C/K truck listings we found, just over 200 listings were at or under our $15,000 budget so there are bound to be plenty of choices that you can make. 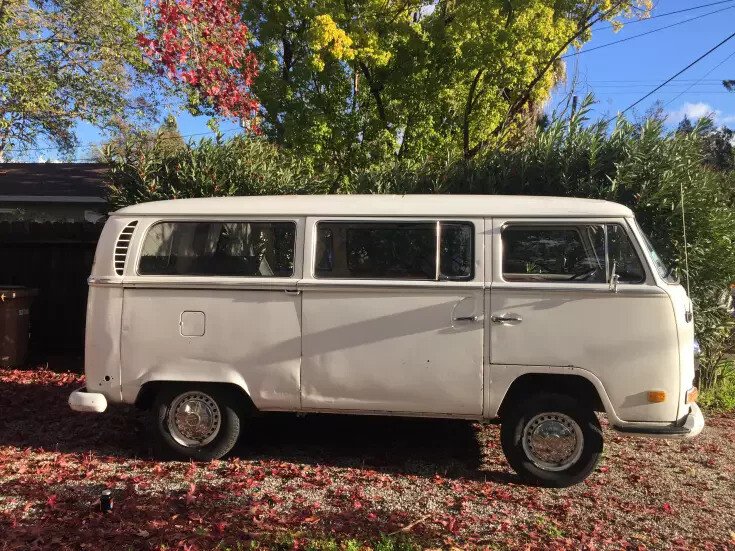 The Transporter line of Volkswagen Vans and Vanagon models date to the late 1940’s and the T2 generation was produced from 1967 to 1979 and came in a van, minibus, and pickup body styles. The T3 generation was produced from 1979 – 2002. These iconic vans were the predecessor to the cargo and passenger vans used today for business transport and as a recreational vehicle. Functionality over speed is what you’ll encounter with any of these Transporter vans. The popular Westfalia camper van variant, commonly referred to as a “Westy”, featured an optional pop-up top. Comparable vehicles include the Nissan Caravan and Subaru Sambar. There were 10 Volkswagen Vans under $15,000 and 6 Vanagons under $15,000 when we conducted our search. Vehicles like these have seen a resurgence the last few years with the #vanlife craze although we would caution you about the number of repairs you will eventually encounter but if you’re handy in a garage, you should be able to do most of the required maintenance yourself. We especially like the 1971 model year since the air-cooled engine is upright, parts are inexpensive and the apron is removable so you can easily pull the engine out if needed, not to mention disc brakes were introduced that year. 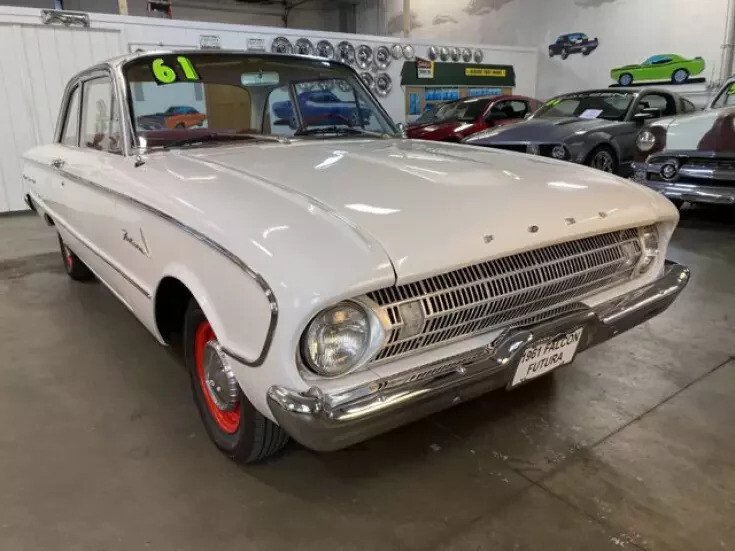 The Ford Falcon was the equivalent of a basic commuter car in the early 1960s and was available in a coupe, sedan, wagon, and convertible body styles. All styles can be found for less than $15,000. The Falcon was the cousins with the full-sized Ford Galaxie and Ford Ranchero, both of which would make a suitable back up choice to make this list. Falcons share most of their parts and components with the same year Mustang so keep this in mind if you’re having trouble locating a part. With its total lightweight and rear wheel drive, the Falcon can be transformed to a formidable track performer by swapping out the existing engine with a 302 engine and matching mounts. The second-generation Falcon starting in 1964 offered a V8 engine and stiffer suspension in the Sprint Package. As always, check for rust in all the usual places. 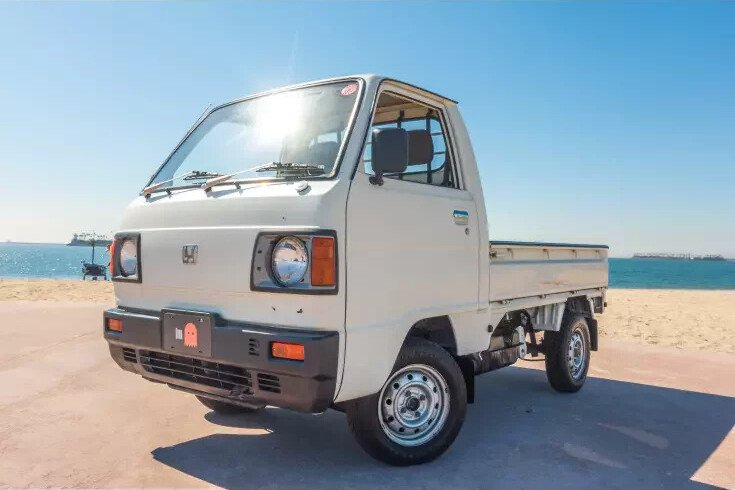 We adore the style of the Japanese micro-van Honda Acty. A mostly utilitarian vehicle, some of which don’t have AC, they are often found in either a Van or Truck body style. If you are 6’5” or taller, we wouldn’t recommend buying one as the small cabin size isn’t ideal for taller and larger drivers. Most came in a factory white, but we have seen some that have been re-painted in a fun color. The 2nd (1977-1988) and 3rd (1988-1999) generation Acty was available in a 4/5-speed manual and 3-speed automatic with the driver seat on the right-hand side. A downside to the Acty is that replacement parts can be hard to come by. Alternatives to consider include the Suzuki Carry and Subaru Sambar, both of which can be found for less than $15,000 like the Acty. Be sure to check with your state’s DMV to ensure a “KEI class” vehicle can be registered where you live and that the vehicle has proper U.S. documentation such as customs, EPA, DOT, and a Japanese Export Certificate or is already titled in a U.S. state. 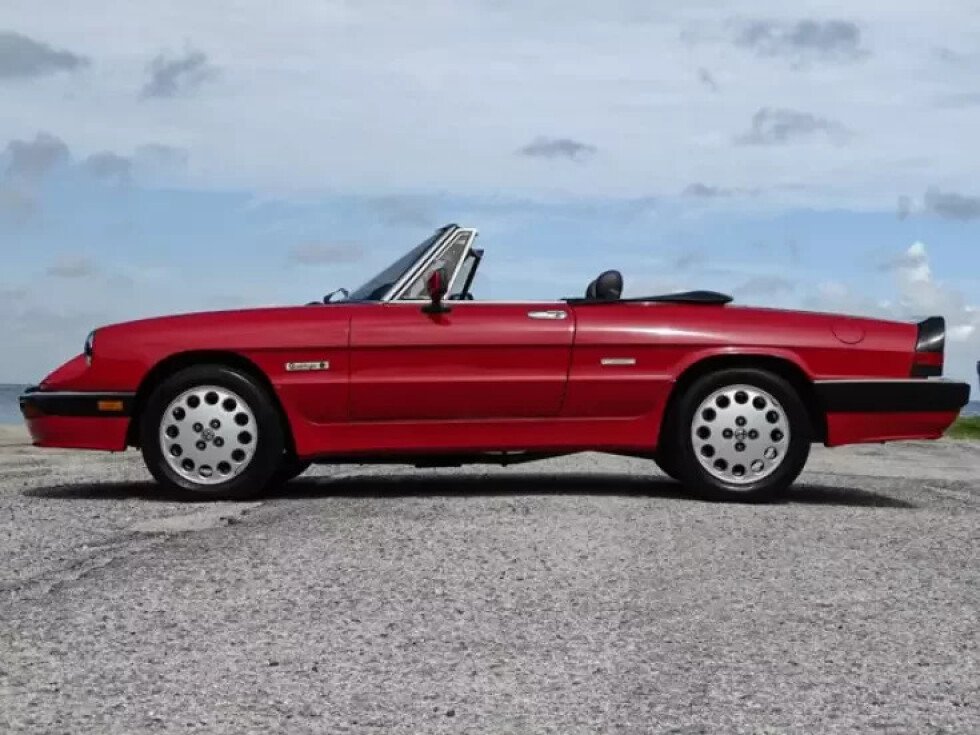